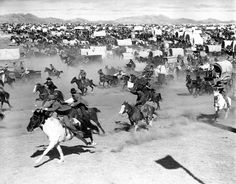 The first round of tickets for the stage play Harry Potter and the Cursed Child rapidly sold out, generating complaints about delays and technical difficulties the way these internet “land rush” events often do.

There were some technical difficulties with the Safari browser (used by Apple) yesterday, but these have now been fixed. (1/2)

According to the BBC —

Producers say more than 120,000 fans went online this morning [October 28] to try and buy tickets, some of which appeared on re-sale ticket websites soon after, priced at more than £1,000.

The play’s official Twitter account warned fans not to use the sites, writing: “Please do not attempt to resell your tickets on alternative platforms, as patrons will not be admitted into the theatre.”

…Many fans expressed their frustration on Twitter, complaining of hours spent online trying to buy tickets.

Em Maree wrote: “Finally got my three tickets for the #CursedChild play but am shocked by the shambles that was the booking. 4 hours is a joke!”

Nikki Alden was one of many people reporting being bumped out of the queue, writing: “There was and error on the site right before I was about to pay for my tickets and now I’m 33,084TH in line!!!”