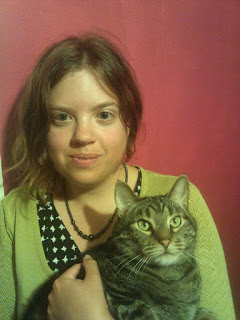 CARL SLAUGHTER: You’ve been cranking out the stories.  What’s your secret for maintaining the volume?

ERICA SATIFKA: Well, I’m a very streaky writer, so the volume tends to come in waves. The past two years have been especially productive, mostly because I moved to Portland and whenever things around me are exciting and new, I tend to write more. Lately I’ve been writing less for various reasons, although I did just finish a novel in January so I’ve got that going for me. Right now I’m waiting for the next wave to hit and I plan to milk it as much as I can.

CS: Your stories are all over the map.  What’s your secret to successful submission to so many markets?

ES: I know some people write stories “for” different markets, but to be honest, I find that an impossible task. To me, each story basically exists for itself, I don’t even think about markets unless it’s specifically for an anthology call and even then I can’t really “write to order.” I just try to write as good a story as I can and keep sending it around until it sticks. I think that’s mostly all you can do. 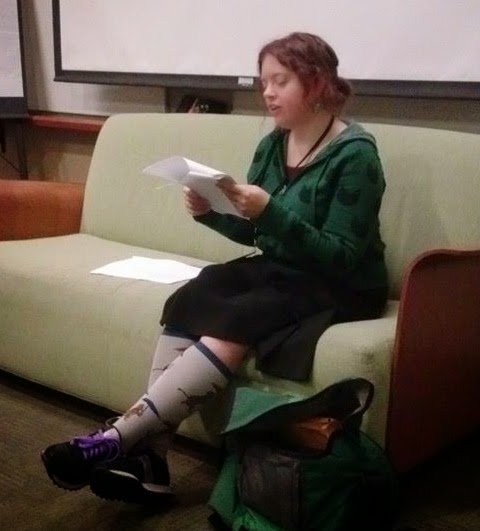 CS: You’re being podcasted left and right.  Do the podcast editors approach you or vice versa?  Are these stories podcast originals or reprints?

ES: Almost all reprints, and I submitted the stories (but am not opposed to being solicited, hint hint). I don’t actually listen to many podcasts, but I love having my stories podcasted for the people who do listen to them regularly. Basically, as soon as a story goes out of exclusivity I try to send it to podcasts. I’ve published a lot of flash and those stories tend to be popular as reprints.

CS: Last year was a busy year for you as a freelance editor as well as a writer.  What exactly does freelance editing involve, how much does it cost, how long does it take, and how painful is the surgery?

ES: I do both developmental editing and copyediting. Developmental editing is all the big-picture stuff: pacing, continuity problems, POV shifts, general cohesiveness of story. Copyediting involves fixing typos, replacing repeated words, making sentences less awkward, and so forth. A novella generally takes around ten to twelve hours of work, but I always put in as much time as the story needs, not what a clock says. My rates are on my site, so if anyone is interested they should check it out!

CS: What’s the curriculum, goals, and methods for your writing courses? Have you done any workshopping as an author or instructor?  If so, how did you or your students benefit?

ES: It’s a non-credit community education class, four weeks long. We talk about the various building blocks of a story: plot, world-building, characterization. Then we workshop. I’ve done a lot of workshopping myself, both in college and as part of writing groups in two cities, so I really like guiding people through the process. Many of my classes have gone on to create their own writing groups after the class ends, and some of the students have had their workshopped stories published. I think that even if you’re not into workshops or classes, everyone benefits by having someone else read their work. (Right now, my only beta reader is my spouse.)

CS: What did you learn about writing through the novel process?

ES: Novels are so different! You have to think about subplots, pacing becomes more important, the world of the novel needs to be fleshed out in a way that short stories don’t so much. The main struggle is the actual sentence-level editing – with a short story, you can go over it dozens of times to make it as close to perfect as possible, but with a novel there’s going to be irregularities, that’s the nature of the beast. The best novel-editing tool I’ve discovered, strangely enough, is my Kindle. With my novel, and even with just the short stories sometimes, I load them onto my Kindle and make notes just as if I were editing my clients’ work. I just have the basic one, but it works well enough!

CS: What did you learn about marketing in the process of finding an agent/publisher?

ES: I learned that I’m very bad at marketing! I find it hard to be anyone other than myself (or maybe a slightly more fun version of myself) on the Internet, so I don’t even try. So far I’ve never really had to plug a project, though, since I’ve only released short stories. I guess I’ll see what real marketing is like when my novel comes out.

CS: What’s on the horizon for Erica Satifka?

ES: My novel Stay Crazy will be out in August 2016 from Apex Publications, so right now that’s the main thing at the forefront of my mind. I also have another novel first draft that I hope to complete and have out on submission by the end of the year. 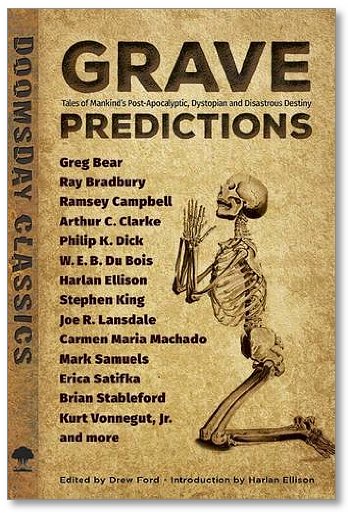