While I missed reporting a lot of news stories while I was hospitalized, I want to pick up the ending of a story I’ve been following for a couple years – Robert A. Heinlein’s induction to the Hall of Famous Missourians.

Jeb Kinnison, whose contribution made possible the production of the Heinlein bust, has a lot of photos of The Heinlein Society’s unveiling ceremony at MidAmeriCon II in his Worldcon report. 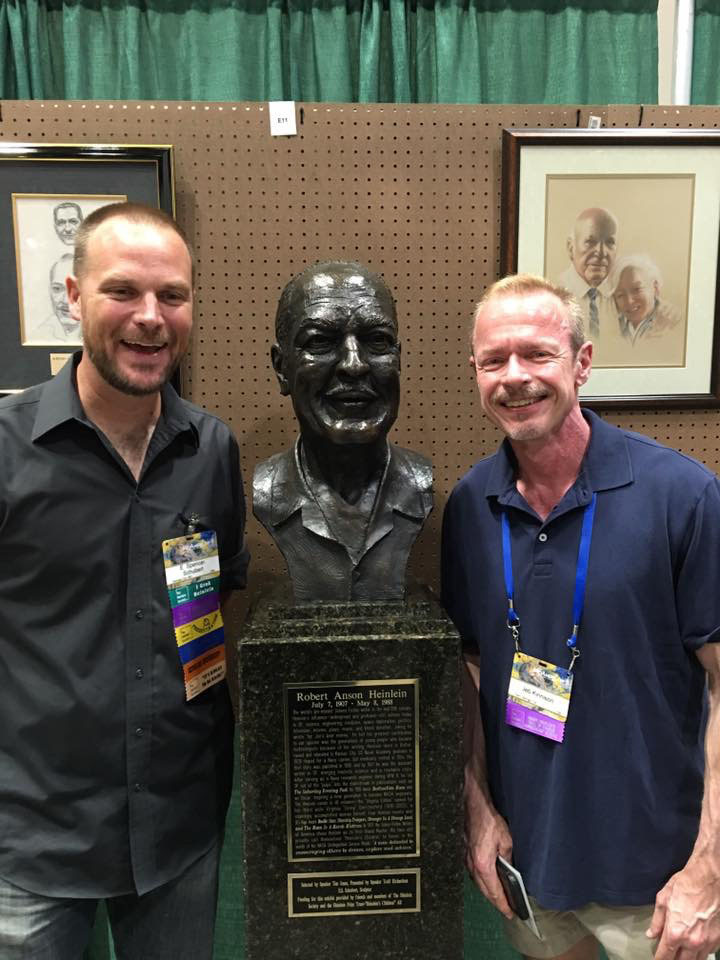 Then, immediately following the Worldcon, lawmakers in Jefferson City, the Missouri state capital, officially inducted Heinlein to the Hall.

Lawmakers on Tuesday inducted science fiction writer Robert Heinlein to the Hall of Famous Missourians to a cheering crowd of fans who call themselves “Heinlein’s children.”

The Missouri native won science fiction awards for some of his most famous works including “Stranger in a Strange Land” and “Starship Troopers,” a story about a war against arachnid-like aliens that later was adapted for film.

Fans, including a state lawmaker, said his work also inspired readers to pursue careers in science and space exploration. State Rep. T.J. Berry, of Kearney near Kansas City, said Heinlein encouraged others to “strive for the stars, for the moon” and “for what’s next.”

“Our devotion to this man must seem odd to those outside of the science fiction field, with spaceships and ray guns and bug-eyed monsters,” Heinlein Society President Keith Kato said. “But to Heinlein’s children, the writing was only the beginning of doing.”

2 thoughts on “Heinlein Installed in Hall of Famous Missourians”