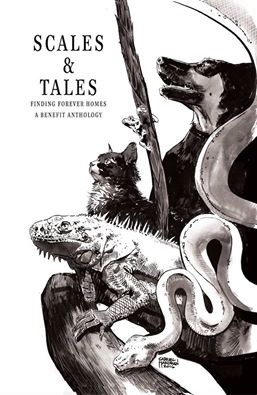 This will be available at the San Diego Comic Convention in our booth, 5627 located along the back wall of the exhibit hall, at the end of the 2400 aisle.  This trade paperback will be limited to 500 numbered copies. We will start announcing our lineup in the next few days.  But we will start with one of our favorites authors. We are pleased to announce that we will be printing a Ray Bradbury story, The Cat’s Pajamas.

Clive Barker, Len Wein and Tim Powers are among the others with stories in the book.

(2) BEWARE SPOILER. J. W. Ocker was innocently reviewing the proof of his upcoming Salem book…. Okay, he was really watching primetime gameshow 500 Questions on ABC, when a Ray Bradbury question popped up. He posted a screenshot on his blog. 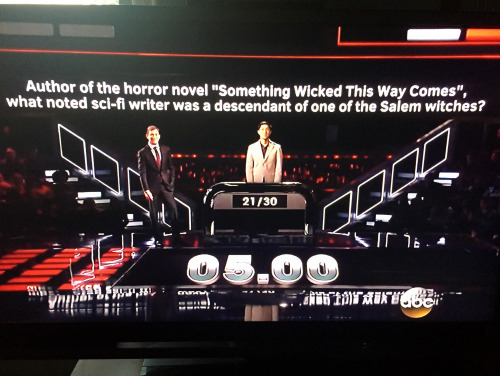 Spoiler: The author is Ray Bradbury; the witch, Mary Bradbury.

(3) HE HAS A LITTLE LIST. “Ray Bradbury on How List-Making Can Boost Your Creativity” from Brainpickings.

In Zen in the Art of Writing (public library), one of these ten essential books on writing, Ray Bradbury (August 22, 1920–June 5, 2012) describes an unusual creative prompt he employed in his early twenties: He began making long lists of nouns as triggers for ideas and potential titles for stories:

These lists were the provocations, finally, that caused my better stuff to surface. I was feeling my way toward something honest, hidden under the trapdoor on the top of my skull.

THE LAKE. THE NIGHT. THE CRICKETS. THE RAVINE. THE ATTIC. THE BASEMENT. THE TRAPDOOR. THE BABY. THE CROWD. THE NIGHT TRAIN. THE FOG HORN. THE SCYTHE. THE CARNIVAL. THE CAROUSEL. THE DWARF. THE MIRROR MAZE. THE SKELETON.

(4) GEOGRAPHY LESSON. There is a Ray Bradbury Drive in Laredo, TX (near Texas A&M University).  Look at the other literary types with street names. 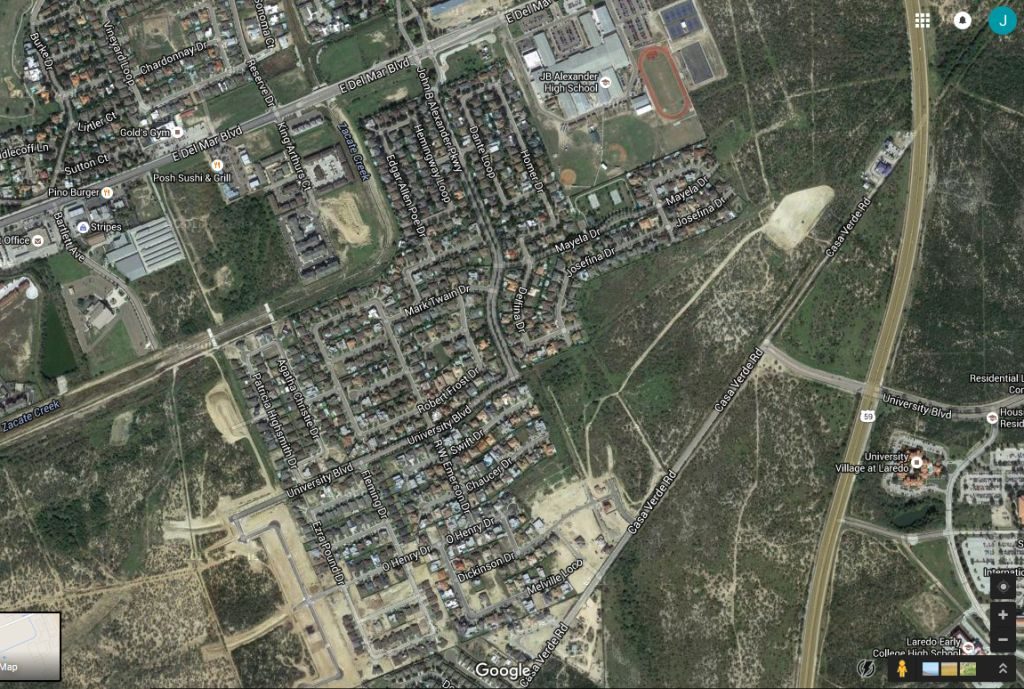 (6) VOICE OVER. Here’s a 90-minute memorial tribute to Charles Beaumont. Yes the narrator is who it sounds like.

…. He clearly relished an audience, speaking often at libraries, universities and civic events. He spoke at USC during my freshman year, the first time I got his autograph. That was 1970, and Ray had already shaped the basic autobiographical speech that he continued to present til he was 90, about his childhood memories, the art he loved and his successes as a writer. That day he said, “I wanted to become the greatest writer in the world. Aren’t you glad I finally made it?” The audience cheered like mad.

4 thoughts on “Here in the Future with Ray Bradbury”