By Steve Vertlieb: Alfred Hitchcock and Bernard Herrmann each reached the zenith of their respective careers during their celebrated artistic association, inspiring the brilliant cinematic expression and triumphant realization of their collaborative productivity. Each a genius in his field, Hitchcock was “The Master of the Eloquent Absurdity,” while Bernard Herrmann was its Maestro. This is the story of their rise and fall, the provocative, often torrid creativity and passion that would unite them, and ultimately tear them apart…the jagged edge of their sublime artistry that resulted in “Herrmann and Hitchcock: ‘The Torn Curtain'”. 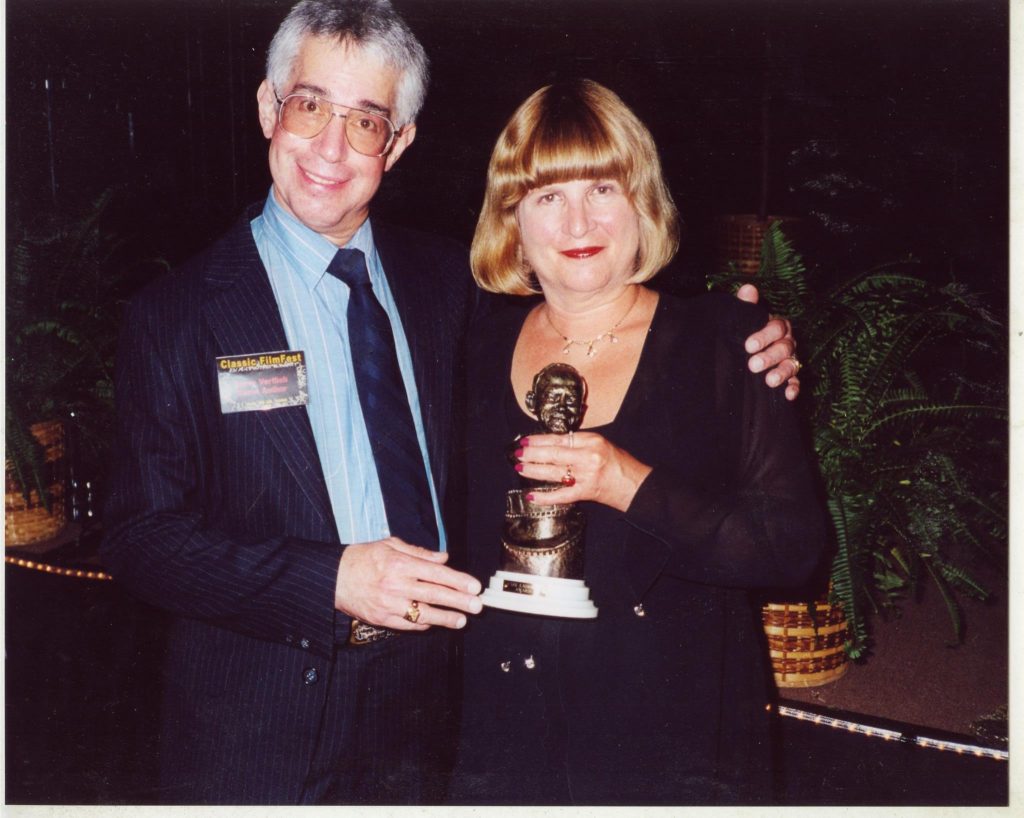 It was in 2000 that I was honored to present a posthumous life achievement award to one of the screen’s greatest composers, Bernard Herrmann. I traveled to Crystal City, Virginia to appear on stage with the Oscar winning composer’s daughter, author Dorothy Herrmann. I was introduced on stage by Hammer Films’ actresses Veronica Carlson and Yvonne Monlaur. As I offered my personal tribute to Bernard Herrmann, a film clip was projected behind me on the great auditorium screen. There was Maestro Herrmann in his prime, conducting the orchestra at Royal Albert Hall in a sequence from Alfred Hitchcock’s The Man Who Knew Too Much. Hours earlier, I’d sat next to Patricia Hitchcock participating in a panel discussion of her father’s films. At the conclusion of the panel, Dorothy Herrmann came over to me, and introduced herself. There I was standing between Pat Hitchcock and Dorothy Herrmann. I feared for a moment that these two delightful ladies might reignite their fathers famous feud. Happily, they laughed about it, and got along famously. That evening, Dorothy Herrmann joined me on the film conference stage, along with her two nephews, gratefully accepting the trophy that I was so deeply privileged to present to her. 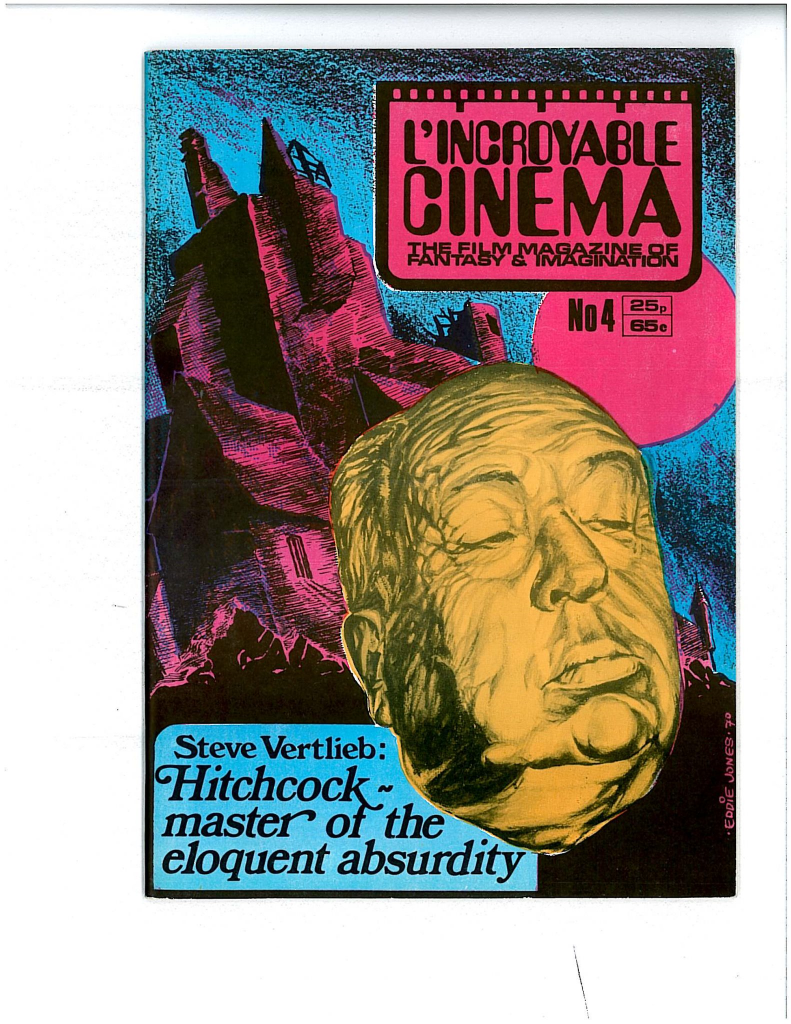 With a striking cover by renowned artist Eddie Jones for the Spring, 1971 issue of Harry Nadler’s British cult magazine, L’Incroyable Cinema, my initial substantial essay examining the life, work, and career of Alfred Hitchcock, “Master of the Eloquent Absurdity,” first appeared in print. While this lengthy examination of Hitchcock’s work was my original attempt at dissecting the director’s career, nearly thirty more years would expire before I’d attempt another significant exploration of Hitchcock’s films, this time focusing on both the professional and personal lives of the director and his most profound collaborator, composer Bernard Herrmann in “Herrmann And Hitchcock:  The Torn Curtain” for Midnight Marquee Magazine in 2000.

2 thoughts on “Hermann and Hitchcock: The Torn Curtain. The Story of the Most Illustrious Collaboration in Screen History”