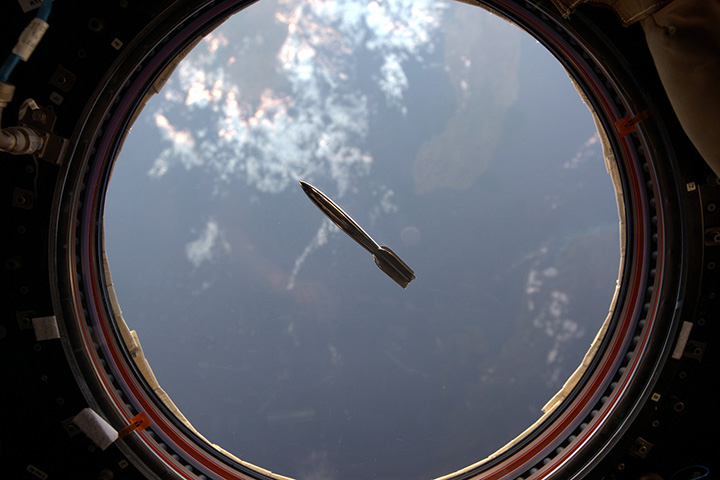 Apart from the discussions Jameson Quinn has been leading here, another group of fans has been working on ideas for reforming the Hugo voting process. Yesterday they published the drafts of their three main motions and an amendment to EPH (given its first passage last year) as a Google document.

The three main motions do these things:

(1) Change the deadline you must be a Worldcon member to be eligible to nominate from January 31 to December 31 of the previous year.

(2) Restrict eligibility to nominate to members of the current and preceding Worldcon.

(3) Add a second round that allows members to vote out something that makes the initial long list (“Three Stage Voting”).

We plan to submit the motions officially in about a week; we are publishing them now to encourage discussion, rather than because we expect to change the text — but of course if people point out important things we’ve missed, we’ll take the opportunity to fix any issues.

To be clear, my stance as the main mover on 3SV is simple. I wish this change was not necessary, but I believe that EPH and the other proposals already in hand will not achieve the necessary outcomes. In particular, I believe that guaranteeing a couple of broadly acceptable finalists per category is simply not a high enough bar for “success” in restoring the integrity, reputation and stability of the awards. I do not know if 3SV will pass, but I believe that the Business Meeting should have the opportunity to discuss this more direct option for tackling manipulation of the nomination process.

The text of the proposals follows the jump.

This document provides an advance look at a set of related motions which are being submitted to the 2016 WSFS Business Meeting in relation to the Hugo voting process. The motions have been developed by a small discussion group including Worldcon and NASFiC Chairs and Hugo Award Administrators.

Three separate proposals are presented, plus an associated amendment to the EPH ratification provision.  The motions are essentially independent in effect although they all relate to the Hugo voting process.

3.7.1: The Worldcon Committee shall conduct a poll to select the finalists for the Award voting. Each member of the administering Worldcon, the immediately preceding Worldcon, or the immediately following Worldcon as of January 31 the end of the current previous calendar year shall be allowed to make up to five (5) equally weighted nominations in every category.

The administrative strain on Hugo Administrators has increased substantially in recent years, due to:

(a) extension of nominating rights to include members of the year N+1 Worldcon – requiring the Administrator to merge three sets of membership data, two of which are continually changing as new members join the respective conventions.

(b) a substantial rise in the number of Supporting members due to increased interest in the Awards.

Members also expect to receive their nominating rights (and PINs) rapidly after the ballot opens – typically in early January – while the Administrator has to continue merging membership data from that point until the eligibility deadline, with no control of the timeliness of the data feed from Worldcon N+1.

Changing the eligibility deadline will reduce this strain and ease the administration process. In addition,  in the event that 3 Stage Voting passes, an earlier eligibility cut-off will ensure that the overall schedule remains manageable (e.g. for a nomination phase of 8  weeks starting on January 1, then a December 31 cut-off is significantly more robust and easier to handle than January 31).

Provided that members of the 2019 Worldcon will retain their nominating rights in the 2018 Hugo Awards.

The extension of the nominating franchise from two Worldcons (N and N-1) to three by including year N+1 was implemented as part of the drive to expand the voting population at a time when member participation in the Hugos was substantially lower than it is now.  This change has created some undesirable side effects, and we believe the most appropriate response is to return to the previous arrangement.

The inclusion of year N+1 creates a very high burden on the Administrators since (a) they have to merge three sets of membership data rather than two (b) two of these are in motion with new members joining up to the eligibility cut-off date (c) the most recently seated Worldcon is often still establishing robust data and membership processes at the point where the current Worldcon needs a reliable flow of quality data.

The removal of year N+1 will remove this burden while only marginally reducing the size of the voting pool. In a typical recent year, Worldcon N-1 might have 6,000 members at the eligibility cut-off, Worldcon N might have 3,500, and Worldcon N+1 might have 2,000 – but in the early months after being seated, Worldcon N+1’s membership will be dominated by people who participated in Site Selection and hence are also members of Worldcon N.

This change would also mean that individuals who only wish to join to participate in the nomination process would have to purchase memberships every two years rather than every three.

SHORT TITLE: THREE STAGE VOTING (3SV), OR “THE ONLY WINNING MOVE IS NOT TO PLAY”

Moved, to amend Section 3.7 (Nominations) and Section 3.8 (Tallying of Nominations) for the purpose of creating an intermediate stage in the Hugo Award selection process by striking out and inserting text as follows.

3.7.1: The Worldcon Committee shall conduct a two-stage poll to select the finalists for the Award voting. Each In the Nominating stage, each member of the administering Worldcon, the immediately preceding Worldcon, or the immediately following Worldcon as of January 31 of the current calendar year shall be allowed to make up to five (5) equally weighted nominations in every category.

3.7.2: The Committee shall include with each nomination ballot a copy of Article 3 of the WSFS Constitution and any applicable extensions of eligibility under Sections 3.4.

3.7.3: Nominations shall be solicited only for the Hugo Awards and the John W. Campbell Award for Best New Writer.

3.7.4 3.8.2: The Worldcon Committee shall determine the eligibility of nominees and assignment to the proper category of works nominated in more than one category.

3.7.6 3.8.4: If a nominee appears on a nomination ballot more than once in any one category, only one nomination shall be counted in that category.

3.7.8 3.8.7: If a work receives a nomination in its default category, and if the Committee relocates the work under its authority under subsection 3.2.7 or 3.2.8, the Committee shall count the nomination even if the member already has made five (5) nominations in the more-appropriate category

3.8.1: Except as provided below, the final Award ballots shall list in each category the five eligible nominees receiving the most nominations. If there is a tie including fifth place, all the tied eligible nominees shall be listed.

3.8.5: No nominee shall appear on the final Award ballot if it received fewer nominations than five percent (5%) of the number of ballots listing one or more nominations in that category, except that the first three eligible nominees, including any ties, shall always be listed.

3.8.1: The Qualification stage of the process shall be based on a long list of the top fifteen Qualifiers (including ties that include fifteenth place) from the nomination process in each category. Only WSFS members may vote in this stage.

3.8.2: The purpose of the Qualification Stage is to allow the membership to confirm their willingness to see each Qualifier taken forward as a potential Hugo Award Finalist.

3.8.3: In the Qualification Stage ballot, each voter may choose between the options “Accept”, “Reject”, and “Abstain” for each Qualifier in each category.

3.8.4: A Qualifier shall be eliminated from consideration for the Final Ballot if it meets the following two criteria:

3.8.5: The final Award ballots shall list in each category the five eligible Qualifiers who received the most nominations in the first stage Nominating Ballot and were not eliminated from consideration in the Qualification Stage. If there is a tie including fifth place, all the tied eligible nominees shall be listed.

Provided that unless this amendment is re-ratified by the 2023 Business Meeting, Sections 3.7 and 3.8 shall revert to their wording prior to the initial ratification of this amendment, and

Provided that the question of re-ratification shall be automatically be placed on the agenda of the 2023 Business Meeting with any constitutional amendments awaiting ratification.

The essential argument for this change is that it enables us to directly address slates and bad actors in a direct way – and a way that statistical solutions such as EPH and 4+6 cannot.  We have put it forward in recognition of the fact that the reputation and integrity of the Hugo Awards is under sustained attack, and in the belief that a response is needed to this reality.  We would of course have preferred it if such a response was not necessary. The rationale for the proposal is as follows.

Why now? We have been asked why we have brought this proposal forward now, when EPH has yet to be ratified and tested. Our concern is that the Awards are being progressively tainted, and that we cannot afford to wait until EPH has been tried before having a “Plan B” under way. (Assuming EPH is ratified in 2016 and is used in 2017, and does not resolve concerns satisfactorily, a new approach passed in 2017 and ratified in 2018 would only be in effect in 2019.)

Our suggestion is that 3SV should be passed now to ensure that there is a strong option in hand for protecting the future of the Awards.  If this option is found to be unnecessary once the 2017 nomination process has been run, then 3SV need not be ratified.

If 3SV is felt to be necessary – to send a message that WSFS decisively rejects attempts to game the awards and will single out and reject candidates that gain from such tactics – then there will be a separate decision on whether EPH should continue to be retained as well. While EPH is a sophisticated algorithm, it would arguably be redundant in rejecting slates if 3SV is in place (and indeed, 3SV makes it easier to separate tactical slates from genuinely correlated votes such as fans of a TV series nominating multiple episodes of that show). Moreover, it imposes a significant administrative burden and is a less transparent algorithm for members to understand.

Our view is that the other measures which are up for ratification i.e. 4+6 and Nominee Diversity – would combine with 3SV to provide a robust way forward for the Awards, and that EPH should potentially be dropped if it does not materially resolve the slate issue. As such we have introduced an amendment for additional re-ratification of EPH in 2017, such that the Business Meeting could choose to drop EPH if it proceeds with 3SV. The BM may of course choose to continue with both solutions – they are complementary – but we feel that this option should be available to the meeting in Helsinki.

Moved, to substitute the following new enacting clauses for the existing clauses in the E Pluribus Hugo Proposal to require annual re-ratification until 2022:

Moved, that unless this amendment is re-ratified by the 2022 Business Meeting, Section 3.A shall be repealed, and

Provided that the question of re-ratification shall be automatically be placed on the agenda of the 2022 Business Meeting with any constitutional amendments awaiting ratification.

This is an adjunct to the 3SV motion.  It provides additional opportunities to repeal EPH in the event that the Business Meeting decides to adopt 3SV (or an alternative solution) in place of EPH as a means to address the issues experienced in recent Hugo ballots. EPH can of course be retained alongside such additional measures, but the Business Meeting may not wish to do so in view of the administrative load and the loss of voter understanding associated with the complex algorithm.