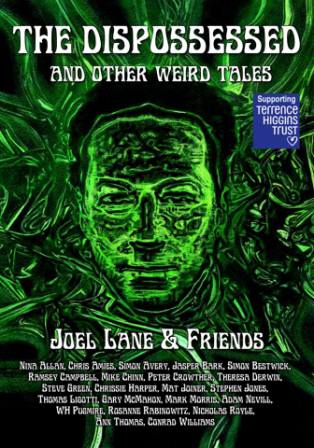 Rose of Eibon is in the final hours of an Indiegogo appeal for funds to get the business off the ground.

“Plenty of great offers for early adopters,” writes Steve, “starting at a basic donation of UK£5.”

To begin with, we have our anthology The Dispossessed and Other Weird Tales. Given his pivotal role in the genesis of this new venture, it’s fitting that Rose of Eibon’s first major release should be an anthology co-created by and dedicated to the memory of award-winning British writer Joel Lane.

Profits from the sale of The Dispossessed and Other Weird Tales will be donated to the Terence Higgins Trust, a charity close to Lane’s heart.