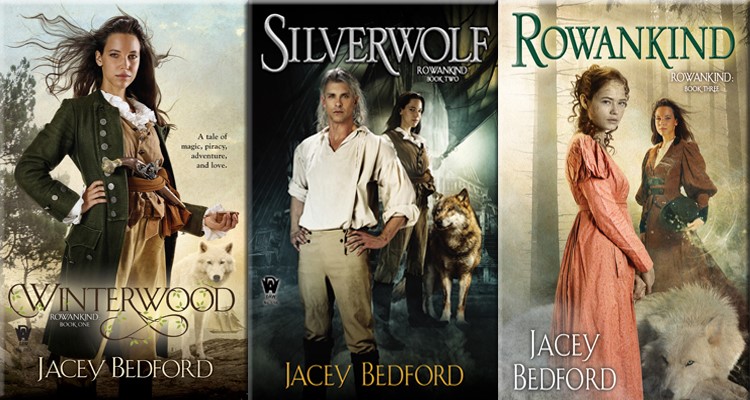 CARL SLAUGHTER:  Let’s start with the main characters.  At the beginning of the story, Ross is just trying to stay off the Mysterium’s radar.  Then she goes on various quests.  Then she plays liberator, protector, and negotiator.  Has she got a plan or is she figuring it out as she goes? 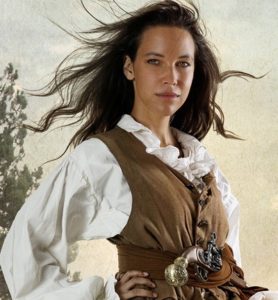 JACEY BEDFORD:  She’s figuring it out as she goes at the beginning of Winterwood. She doesn’t really want anything to do with the mysterious magical box, and, indeed, she tries to throw it overboard, but it washes up on the next tide. She’s been able to stay off the Mysterium’s radar while she’s been at sea. They don’t have much authority outside the British Isles, but as soon as she steps back on British soil they become a tangible problem. Once she learns what the box is and what it contains she has to decide whether to follow through. She does, and it seems as though everything is rosy, until (at the start of the second book) there are repercussions. She’s scrambling once more, but each time she’s faced with a problem she grows to meet it (with Corwen, of course). Ditto with the third book, when all the problems come together. 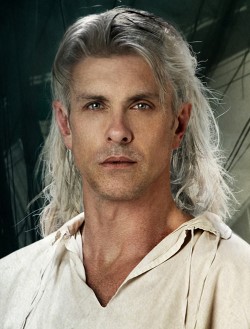 Ross doesn’t meet Corwen until part way through the first book. She’s not looking for love. She has the ghost of Will, her dead husband, for company. Initially she resists trusting Corwen, which makes him secondary, but gradually she comes to see his worth and his support is vital. By the time the second and third books happen, Corwen is an equal partner in Ross’ endeavours. In fact, the second book is mostly about Corwen’s family situation and his problem brother, Freddie (a very reluctant shapechanger). The third book, ROWANKIND, sees Ross and Corwen in an equal partnership, each playing to their strengths.

All these other magical creatures.  Are they bumping into each other or seeking each other out?

The rowankind, newly freed from their servitude, have a gentle weather magic of their own. Also there are magical creatures accidentally freed into the world. In the second book we met two kelpies, in the third there’s a troll who is both in danger and dangerous. The Lady of the Forests (the consort of the Green Man) rules over magical creatures, helped by a small army of sprites and a number of magicals who have gravitated to her home in the Okewood and become a community.

Is the Mysterium a nuisance or a menace?

It’s a menace. Any magic user who does not register with them by their 18th birthday is automatically an unregistered witch, and therefore likely to be hanged without trial if they are caught. In SILVERWOLF the Mysterium is exceeding its brief which causes a head-on clash with Ross, Corwen and a bunch of magicals. In ROWANKIND, the Mysterium has begun to realise that the newly freed rowankind have magic, so it’s treating them as unregistered witches. Thus the danger escalates and the Fae decide to step in. That’s bad news for Britain. The Fae may have left mortals alone for centuries, but that’s mostly because they didn’t care to be involved. However, don’t think that they are harmless. Once they get involved, they aren’t going to back down. Something’s got to give and it won’t be the Fae.

Is the Mysterium involved in political intrigue and social unrest or do they keep their distance?

They know their place and they have their instructions. They don’t intend to let anyone or anything stand between them and their duty to persecute unregistered magic. But at the end of the day they are simply a government department – albeit a powerful one. Walsingham is above the Mysterium while remaining independent. He reports only to the king and the king’s spymaster (or the first minister). He’s very dangerous once he gets you in his sights.

The social unrest is purely economic because (check out actual history) there have been a series of bad harvests and the wars with France are taking their toll. When the price goes up, there are bread riots. The government is truly worried that they are only one more bad harvest away from famine and then the social powder keg will blow. One of the driving reasons for peace with France (1802) is that Britain is getting close to the end of available resources and peace will give them a chance to take a breather and gather resources. Of course, France is doing the same, so it soon kicks off again. 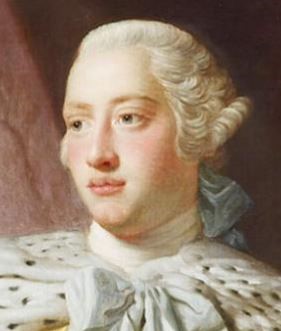 How do King George and Emperor Napoleon factor into all this?

Napoleon is the unseen threat to Britain from overseas. His ships are the ones Ross’ privateer crew prey upon, but he’s not a character in the books. King George III becomes important as a character when the Fae expect him to be able to protect the rowankind. Of course it’s not as simple as that because the king’s personal power is limited by parliament. (The Fae don’t understand this because the last time they engaged with the human world, a king’s power was absolute.) Ross discovers King George’s madness is magical and hopes that this will make him sympathetic… well, it was a nice thought, but it’s not going to be that easy.

Same question for the Industrial Revolution.

That’s an interesting one. In 1800 the industrial revolution is not all that far advanced. There are steam engines for pumping water, but no steam locomotives yet. The cloth trade is changing. Cottage industry is being replaced by factories, but they are mostly powered by water wheels for some processes (fulling for example). Belt technology is not sufficiently advanced for mass production. What will make a difference from the end of ROWANKIND onwards is that the rowankind can manipulate wind and water, which, if used on an industrial scale, is going to slow down the advent of steam power. Why develop expensive steam technology when cheap magic does the job? Why light the streets with gas when you can light them with magic?

I see lots of plot activity and lots of character interaction, but I don’t see any themes.  Am I missing something?

Broadly the theme is tolerance and understanding for those with differences, but I don’t hit the theme with a hammer. It’s there if you look for it.

Are we going to see any spinoffs, prequels, or sequels to Rowankind?

I’ve been working on a YA book set in a present day which is a future projected from the Rowankind books. It’s the 21st century without computers, mobile phones and television. Technology is roughly a century behind where it is now.

What about your Psi Tech series.  Are you ever going to revisit that fictional universe?

I’m looking at the possibilities of that right now, but I’m not very far along the road with a new project. It might or might not happen.

What other projects have you got brewing?

I’m in the final polishing stages of The Amber Crown, a new standalone historical fantasy set in an analogue of the Baltic States in the 1600s. I’m very excited by it. It’s got magic and politics. It’s told from the viewpoint of three disparate characters and opens with the assassination of a king. The characters are Valdas, the failed bodyguard, whose job it was to keep the king safe; Mirza, a Romani witch, who is given the job of guiding Valdas in a task, and Lind, the assassin. These are complex characters, especially Lind who has more hangups than a wardrobe full of coathangers.

Are you still with DAW for the foreseeable future?

I certainly hope so. When I look along my bookshelves a huge proportion of the SF books I’ve been reading for years are published by DAW. I think I’m a good fit for them, and they’re a good fit for me. My (Hugo-winning) editor is Sheila Gilbert. She’s delightful to work with and brings a wealth of experience to any project I present. She’s also a really nice person to work with. 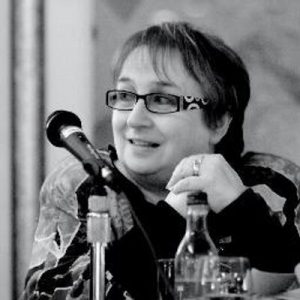 Where can readers catch up with you for a signing, photo, or panel?

I’ve just finished my round of UK conventions for this year. I attended Eastercon, Fantasycon and Bristolcon, and just a few days ago gave a workshop on worldbuilding and did a panel on characters at the Escafeld event in Sheffield. Next year I’m planning to be at Dublin Worldcon, but I haven’t booked any UK conventions yet. But people can always contact me via my website: www.jaceybedford.co.uk. I’m always happy to engage with readers. I also have a blog at https://jaceybedford.wordpress.com/ and I do answer comments. My facebook writing page is https://www.facebook.com/jacey.bedford.writer/ and ditto about responding to comments. I also tweet @jaceybedford, though I confess I’m not on there every day.