Fairy godmothers are not a thing in Harry Potter, but J.K. Rowling sometimes plays one on her Twitter account.

.@CharlsEC A Black ancestor coveted the beautiful house, so 'persuaded' the Muggle occupant to leave & put the appropriate spells on it.

.@EmyBemy2 He was repatriated to Greece. Dumbledore liked to put Hagrid's more foolish acquisitions back where they belong – not the forest. 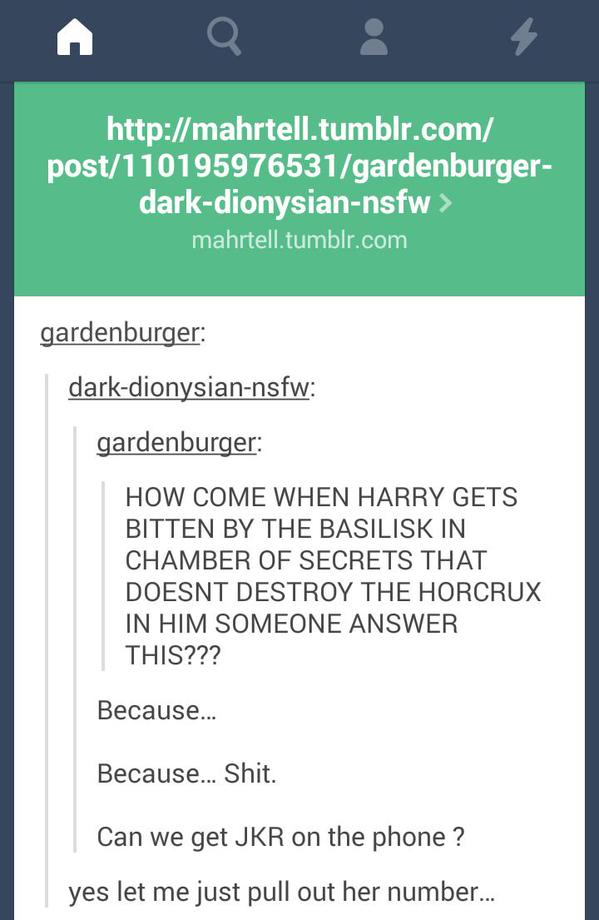 [email protected] The Horcrux-receptacle has to be destroyed BEYOND REPAIR, so Harry would need to have DIED. #pleaseneveraskmethatoneagain