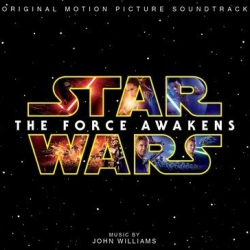 The award for Score of the Year goes to composer John Williams for his work on the massively popular and successful epic science fiction fantasy “Star Wars: The Force Awakens,” from director J. J. Abrams…. “Star Wars: The Force Awakens” is also named Best Score for a Fantasy/Science Fiction/Horror Film, and wins the Film Music Composition of the Year award for the film’s conclusive end credits suite, “The Jedi Steps and Finale”. These are the thirteenth, fourteenth, and fifteenth IFMCA Awards of Williams’s career, and it marks the third time he has been awarded Score of the Year, after “Memoirs of a Geisha” in 2005, and “War Horse” in 2011.

Composer Michael Giacchino is named Composer of the Year, having written four outstanding works spanning multiple genres in the past year. His work in 2015 includes scoring the emotional Disney/Pixar film “Inside Out,” which is also named Best Score for an Animated Film; the ambitious science fiction adventure “Jupiter Ascending,” which was nominated in multiple genres including Score of the Year; the fantastical adventure “Tomorrowland,” which was nominated for Film Music Composition of the Year; and the massively successful action-adventure “Jurassic World,” which built on John Williams’s score for the first film…

FILM SCORE OF THE YEAR

COMPOSER OF THE YEAR

BREAKTHROUGH COMPOSER OF THE YEAR

FILM MUSIC COMPOSITION OF THE YEAR

BEST ORIGINAL SCORE FOR A DOCUMENTARY

BEST ORIGINAL SCORE FOR A VIDEO GAME OR INTERACTIVE MEDIA

[Thanks to Steve Vertlieb for the story.]