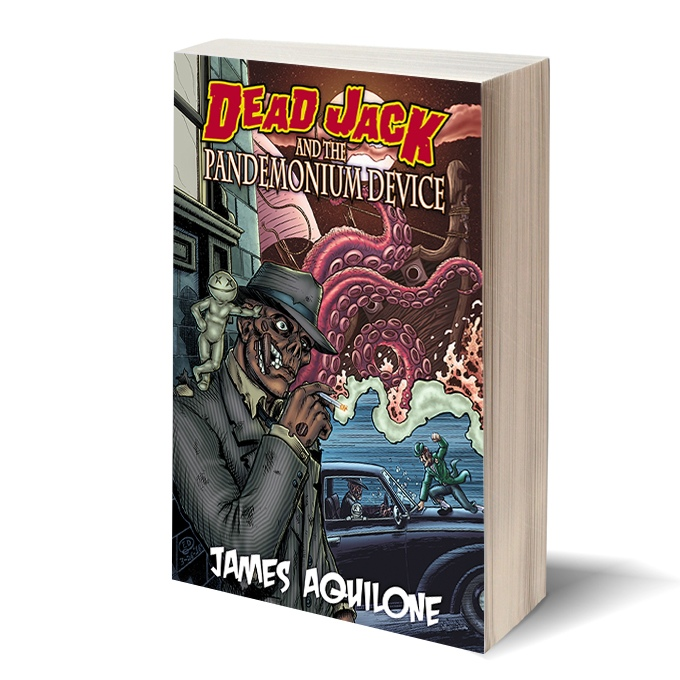 By Carl Slaughter: James Aquilone has written for Galaxy’s Edge and Unidentified Funny Objects.  His stories have been podcasted in Starship Sofa, Cast of Wonders. Fantasy Scroll, Nature, and Flash Fiction Online.  He was also the crowdfunding reporter for SF Signal for 4 years. He’s published 20 short stories. He’s launching a Kickstarter for Dead Jack and the Pandemonium Device, first book in a new fantasy-comedy-horror-detective novel series. Awesome artwork.

The dead dick is hired to rescue a pixie from a nasty ogre. Jack has a simple plan to get her back, but will it work? 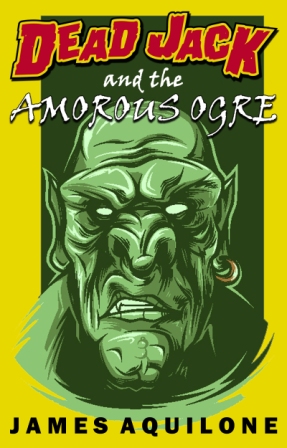