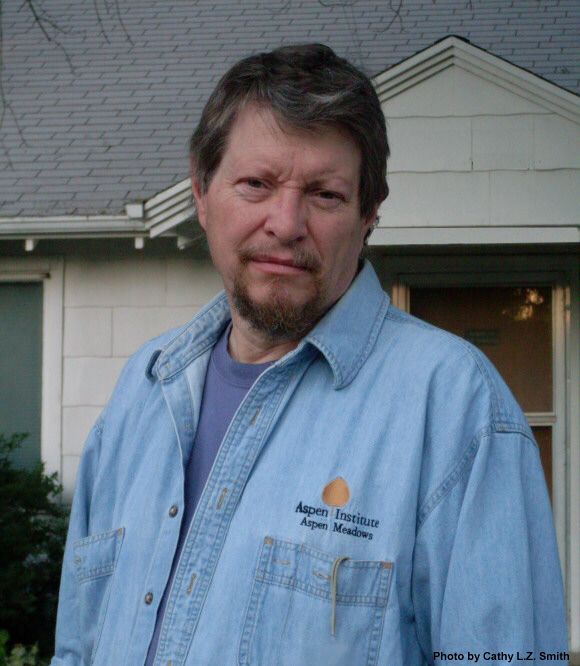 The Libertarian Futurist Society has decided to present a Special Prometheus Award for lifetime achievement to L. Neil Smith.

Smith is only the fourth author in LFS history to receive a Special Prometheus Award for lifetime achievement. The previous Lifetime Achievement winners were Poul Anderson (2001), Vernor Vinge (2014) and F. Paul Wilson (2015).

Smith has received four previous Prometheus Awards-including the first Prometheus award given by the newly-constituted Libertarian Futurist Society in 1982 to Smith’s The Probability Broach.

Sometimes considered one of the definitive libertarian science fiction novels, The Probability Broach tells the story of Denver homicide detective Win Bear, a Native American, who accidentally goes sideways in time, to the North American Confederacy, an alternative future in which the federal government has grown less powerful over time. Likely still Smith’s most famous novel, it’s part of his seven-book North American Confederacy series.

Smith won his second Prometheus in 1994 for Pallas, set on the asteroid of the same name. The novel dramatizes the struggle for freedom of its hero, Emerson Ngu.

His third Prometheus, in 2001, came for The Forge of the Elders, set on the fictional asteroid 5023 Eris (one of many nods in Smith’s work to the Illuminatus! trilogy of Robert Shea and Robert Anton Wilson). It featured alien-like Elders, although they actually originated from Earth. The Baen paperback featured a memorable cover of one of the book’s characters hoisting a beer with an Elder. (Smith wrote in a 2007 blog post that the book was his “favorite” and featured one of his best cover paintings.)

Smith’s fourth Prometheus was a 2005 Special Award given to him and illustrator Scott Bieser for The Probability Broach: The Graphic Novel.

Smith created the Prometheus Award, presenting it in 1979 to Wheels Within Wheels by F. Paul Wilson. In order to transform the one-time award into an annual program, the Libertarian Futurist Society was organized by other fans in 1982 to take over and sustain the awards program. Since the initial award to Wilson, Smith has not played a role in the LFS. The awards were later expanded from Best Novel to include an annual Prometheus Hall of Fame Award (for best classic fiction published or broadcast at least five years ago) and occasional Special Awards.

Smith has attracted attention beyond his immediate core fandom of American libertarian science fiction fans. In all, Smith has written 28 books, according to an official tally published in May 2012 on his blog. Star Wars fans, for instance, know him for his three Lando Calrissian novels.

The Science Fiction Encyclopedia has hailed Smith for writing “fast-moving and often amusing adventures” and describes The Probability Broach and its two immediate sequels as “comedy thrillers.”

British novelist and critic Sean Gabb, who also writes as Richard Blake, included two essays about Smith in his book, Literary Essays.  Gabb wrote that in 1985, when he was traveling by train from London to York and suffering from depression, he found a copy of The Probability Broach in one of the luggage racks. Gabb concluded immediately that it was a “great novel,” and writes admiringly about Smith’s ability to seamlessly integrate opinions into his books without interrupting the flow of the plot with long speeches.

“What I got from The Probability Broach was my clearest perception yet of what libertarianism should be about,” Gabb wrote. “Yes, we believe in free markets, and in enterprise, and, so long as there must be a government, in certain constitutional safeguards. But this is all supportive of the true argument for liberty – which is that it allows us to have a really good time for a very long time.”

Including their Lifetime Achievement awards, Anderson, Vinge, Wilson and now Smith have all been recognized five times with various Prometheus Awards.  (The only author to receive more awards from the LFS was Robert Heinlein (1907-1988), with a grand total of six.) Visit lfs.org to see a comprehensive list of Prometheus Award recipients and for more information about the Libertarian Futurist Society.

The special awards ceremony will take place in 2016 at a time and place to be announced. Check the LFS website (www.lfs.org) for updates.