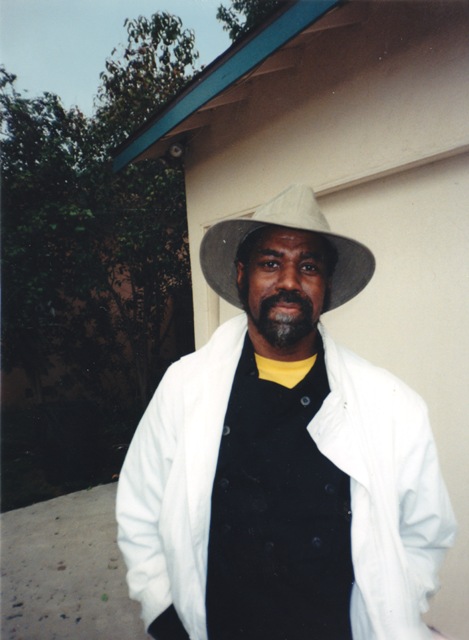 By Taral Wayne: Upon returning home to LA from a business trip to New York, Louis Scarborough Jr. learned that he had cancer. It had not even been suspected when he left the West Coast, but had metastasized to a very advanced state in an appallingly short period of time. Lou was hospitalized for surgery to remove a tumor that was causing an immediately life-threatening blockage of his colon. The surgery was a success, but … as a result of it, Lou was far too weak to withstand the necessary chemotherapy. He could only wait and hope to get stronger.

Lou worked in the animation business all his life. He did storyboards as well as actual animation, and hoped one day to direct a property of his own.

Lou was born in North Carolina, but his father moved the family to New York City, where he became a successful businessman and raised Lou, a brother, Cecil, and three sisters. Lou didn’t like New York much, and one of his earliest jobs in animation helped him escape to Toronto, where he worked on Rock & Rule for Nelvanna. From Toronto he went to Los Angeles, spent some time in Seattle next, and finally settled down in “Hollywood” for good.  Even a partial list of Lou’s credits is impressive. Among the television cartoons and animated features he worked on were, Bravestar, Quest for Camelot, Adventures of Sonic the Hedgehog, Smurfs, Camp Candy, Taz-Mania, Mickey’s Once Upon a Christmas, Tiny Toons – How I Spent My Summer Vacation, Batman, Rock & Rule, Muppet Babies, Alvin and the Chipmunks and others. He worked for Filmation, Hanna-Barbera, Bagdasarian, Warner Bros. and Disney Merchandising.

In recent years, however, Lou had fallen on harder times. Work in animation had been more difficult to find since CGI swept most other forms of animation from the field, and Lou was often unemployed during the last few years. For the last few months of his life, he had been compelled to share living space with a friend while dealing with intense family issues.

Lou was a fairly private man, but one with a number of good friends that anyone could be proud of. He counted among his closest associates Marc Schirmeister, Mike Kazaleh, Wendell Washer, Robert Guthrie and others whom he grew to know and respect through his career. Marc seemed to be his especial friend, however. Not only did Lou and Marc spend good times together, Lou turned to Marc in hard times as well, even sharing cramped quarters for almost a year. He trusted Marc to give good advice, and to be the custodian of his worldly goods. Marc was at Lou’s side in his last moments, and it is currently Marc who looks after the art and other personal belongings that Lou left behind.

Some years ago, when he was a member of Rowrbrazzle and dabbling in the “indies,” Lou announced a new comic book, Dance of the Radio Men, to be published by MU Press. Advance glimpses revealed a tribute to the luscious curves, elegant shapes and freedom of space of the classic 1940s cartoons. Alas, the project failed in the face of Lou’s own unremitting perfectionism. He simply could not satisfy himself that the pages were absolutely as good as they possibly could be … and withdrew the book from the publisher, much to the dismay of waiting readers and MU Press owner Edd Vick.

Perhaps that’s as good a note as any to end an obituary. Not on sad memories of unhappy times, but of a time when the world was a little younger and Lou’s art gave everyone the hope that there was something marvelous like Radio Men waiting for us all, just around the corner. 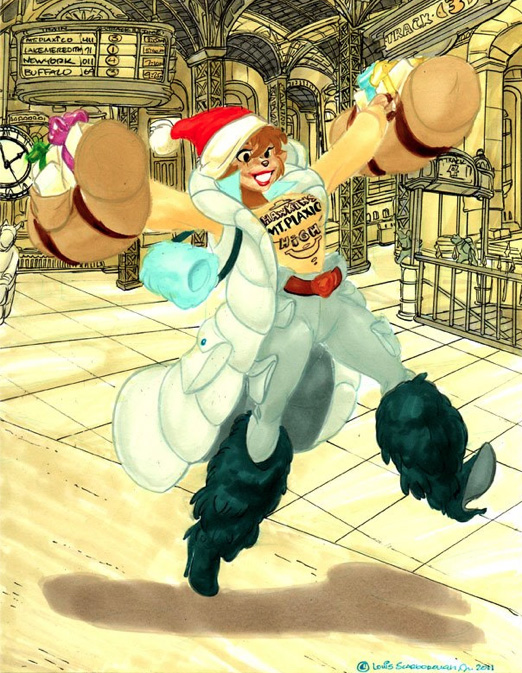