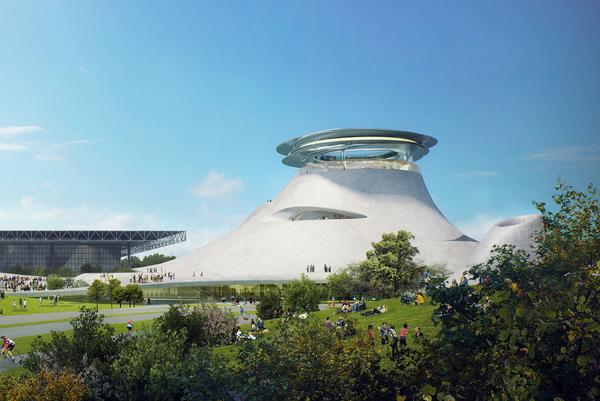 Chicago will not be home to the George Lucas Museum of Narrative Art, the Lucas Foundation announced today. Lucas wants to see the museum completed in his lifetime, and is unwilling to engage in time-consuming litigation with Friends of Parks to use the Chicago lakefront location approved by local government. The museum will now be built somewhere in California. It is the second time Lucas’ efforts have been defeated, the first coming when his original proposal to build on the grounds of the Presidio failed to gain acceptance in San Francisco.

The Lucas Foundation said in a press release:

…In light of extensive delays caused by Friends of the Parks, Chicago will no longer be considered a potential site for the museum. The board of directors and executive leadership of the museum confirmed that California will be its future home.

“No one benefits from continuing their seemingly unending litigation to protect a parking lot,” said George W. Lucas, founder and chairman of the Lucas Museum of Narrative Art. “The actions initiated by Friends of Parks and their recent attempts to extract concessions from the city have effectively overridden approvals received from numerous democratically elected bodies of government.”

The location — a parking lot near Soldier Field — was originally selected by Chicago’s Site Selection Task Force in May 2014 and subsequently approved by the City Council, Park District, Plan Commission, Department of Zoning, Illinois General Assembly and the governor. When the city offered McCormick Place East as an alternative to the parking lot, Friends of the Parks announced plans to block consideration of that location as well as any lakefront site or park in Chicago….

Two years ago to the day, George Lucas and Mellody Hobson announced that they had chosen Chicago as the site of their incredible legacy investment. The opportunity for a City to gain a brand new museum is rare, and this particular opportunity – a gift worth approximately $1.5 billion – would have been the largest philanthropic contribution in Chicago’s history….

We tried to find common ground to resolve the lawsuit – the sole barrier preventing the start of the museum’s construction. But despite our best efforts to negotiate a common solution that would keep this tremendous cultural and economic asset in Chicago, Friends of the Parks chose to instead negotiate with themselves while Lucas negotiated with cities on the West Coast.

Friends of the Parks response, reported by the Chicago Tribune, reaffirmed its position that the Lucas project did not belong on the lakefront:

“It is unfortunate that the Lucas Museum has made the decision to leave Chicago rather than locate the museum on one of several alternative sites that is not on Chicago’s lakefront. That would have been the true win-win,” Friends of the Parks Executive Director Juanita Irizarry and board chair Lauren Moltz said in a statement. Irizarry could not immediately be reached. Moltz declined additional comment.

Friends of the Parks argued that the museum plans violate the public trust doctrine, benefit a private interest more than the state’s residents and tarnish the city’s lakefront. While the group hinted at a compromise in recent days, Friends of the Parks did not withdraw its lawsuit and remained steadfast in its opposition to lakefront development.

One news source says Lucas is back in discussion with the city of San Francisco. Los Angeles Mayor Eric Garcetti also is active in the media trying to attract Lucas’ interest in LA.

12 thoughts on “Lucas Drops Attempt To Build Museum in Chicago”