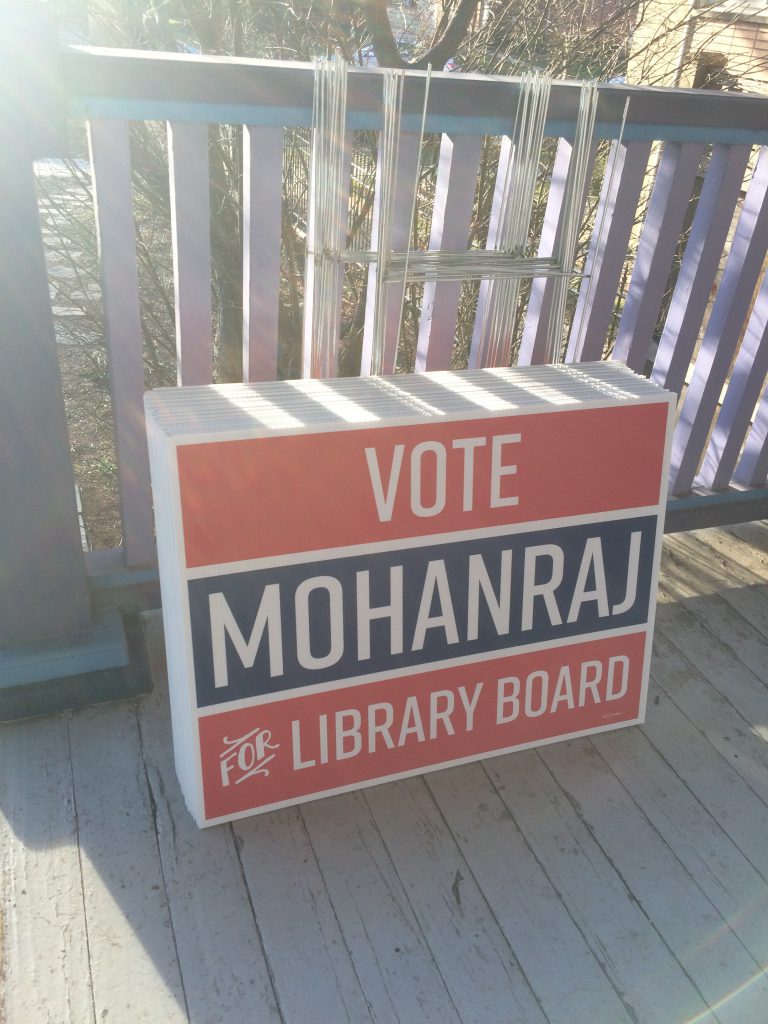 Mary Anne Mohanraj has been elected a Library Trustee for The Village of Oak Park, IL. When voters went to the polls on April 4th four seats were open, and she received the second-highest number of votes out of the 10 candidates for the board.

Author, academic, journal editor, and founder and director of the Speculative Literature Foundation, Mohanraj responded to Trump’s election by becoming more active in local politics. She attended an Oak Park Progressive Women meeting and was approached about running for office, eventually deciding to enter the Library Trustee race.

Here is video of a candidates’ forum hosted by the League of Women Voters on March 14. Mohanraj first speaks at 6:15.