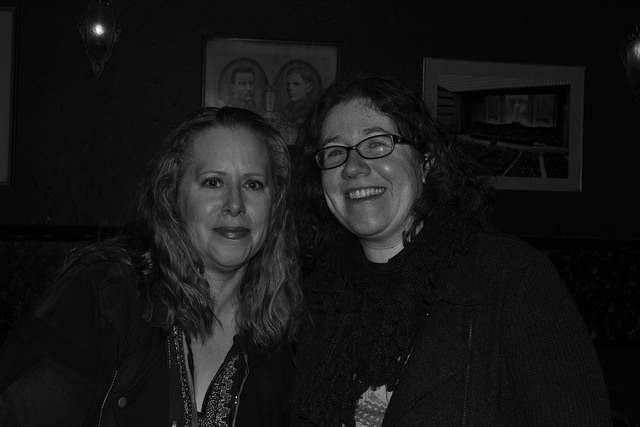 By Mark L. Blackman: On the evening of Wednesday, December 21 — the first day of winter – the monthly Fantastic Fiction Readings Series hosted authors Livia Llewellyn and Sarah Pinsker at its longtime venue, the second-floor KGB Bar in Manhattan’s East Village. The Bar is known for its red walls and Soviet era-themed décor, and the Series for the quality of its readers (the Series might justifiably be called Fantastic Fiction and Where to Find It). Readings are always free (though attendees are exhorted to thank the Bar by buying drinks, hard or soft).

Series co-host Matthew Kressel welcomed the crowd (somewhat smaller, likely due to the holidays) and reported on upcoming readings. Next month’s (next year’s) readers:

(Details are available at http://www.kgbfantasticfiction.org/.)  All dates are the third Wednesday of the month.

Concluding, he introduced the first reader. 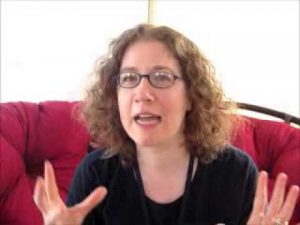 Sarah Pinsker, reading here for the first time, is the author of the Nebula Award-winning novelette Our Lady of the Open Road and the Sturgeon Award-winning In Joy, Knowing the Abyss Behind. Her work has appeared in magazines, anthologies and year’s bests. She is also a talented singer/songwriter (with three albums on various independent labels and a fourth forthcoming). The story that she read, “Talking to Dead People,” ran in the fall in Fantasy & Science Fiction. Two college roommates start a business in which they recreate models of “murder houses.” One, the narrator, painstakingly builds the miniatures, reproducing both the exterior and the interior furnishings (down to working shutters), while the other – who’s had a longtime fascination with Lizzie Borden (who, for the record, was acquitted of the “whacks” – and, no, their enterprise is called House of Wax, not Whacks) – gives “voice to the voiceless” by programming into an AI box known details of the cases and approximations of the voices of those involved, thereby allowing people to question the victims and the “murderers and monsters.”  The AIs, however, seem to know too much, and one mystery is too close to home (literally) for one of the pair. 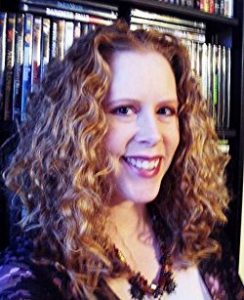 Livia Llewellyn is a writer of dark fantasy, horror and erotica, whose short fiction has appeared in numerous magazines and best-of anthologies, including The Best Horror of the Year series, Year’s Best Weird Fiction and The Mammoth Book of Best Erotica. Her first collection, Engines of Desire: Tales of Love & Other Horrors, received two Shirley Jackson Award nominations (for Best Collection and Best Novelette, “Omphalos”). Her story “Furnace” received a 2013 Shirley Jackson Award nomination for Best Short Story, and is the title story in her second collection, Furnace. The novella from whose first part she read, The One That Comes Before, appeared in an anthology with a small printing, but is due for republication (in English and Italian). In Obsidia, a city whose magical reality is open to question, suffering excessive heat and humidity, a woman (“she’s kind of a psychopath,” said Llewellyn) wakes in the night and imagines that shadows are impinging (her dishtowels are rearranged). It was beautifully atmospheric and haunting. (Her reading was interrupted by a straggler who wondered what was going on. He didn’t quite redeem himself by calling out when she finished “You rock!”)

Copies of Llewellyn’s books were for sale – as was the anthology Cyber World, which contains a story by Kressel – at the back of the room by the Word Bookstores of Greenpoint, Brooklyn and Jersey City.

Prior to the reading, as usual, Datlow whirled through the audience, taking photos. Her photos of the event may be seen on Ellen Datlow’s Flickr page .

1 thought on “Murders, Ghosts and Shadows at the KGB Bar”