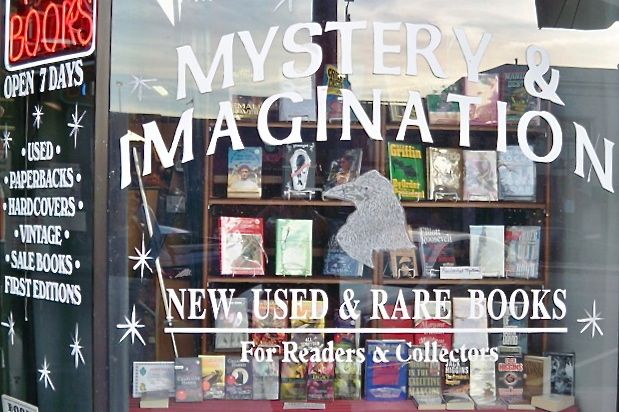 Since Ray Bradbury’s 88th birthday party was held there in 2008, Mystery and Imagination & Bookfellows in Glendale has been the source of countless File 770 stories about its author signings and celebrations.

Unfortunately, owners Christine and Malcolm Bell, who founded the business in 1975, have now decided it’s time to close their brick-and-mortar store and sell only online. They’re going out with a 70%-off sale.

Christine wrote in a note to customers, “Thank you for your past support and the beautiful memories we shared here at the bookstore…. Your memories will go with us.”

Bruce Kimmel, first author to autograph their wall, has written a farewell column – “The end of an era”

One of the last remaining mom and pop stores, Mystery and Imagination Books, was thankfully still there for us. I found them when they were on Broadway in Glendale, and I loved the folks who ran it, Malcolm and Christine Bell, and I loved the atmosphere there and they always had great books in stock and behind their glass cases. At some point, they moved to Brand and had a great location just north of the Alex Theater. In the last few years, a lot of trendy little joints have moved in and you’d think that with all that trendy stuff that those people would have perhaps moseyed on over to Mystery and Imagination, if for no other reason than nostalgia. But no, the trendy types live inside their little boxes – so they go to Porto’s but can’t be bothered to look to the left or right of wherever they are.

In 2002, my first novel, Benjamin Kritzer, came out. It was a huge thing for me – I was so proud of the book and having written it. And I wanted to do a signing, and the first place I thought of was Mystery and Imagination, and they said yes and I became the first author to ever sign there. In the back where the stairs lead to a second floor, they had me sign the wall – the first author to do so. There are now hundreds of signatures there and sixteen of them are mine. They hosted author events, Ray Bradbury signed there often, and it was just the friendliest most wonderful place. Every time I finished a new book over the next sixteen years I knew the first signing would be at Mystery and Imagination. Our signings there were so much fun, with camaraderie and cake and a reading and stories.

John King Tarpinian visited this week to photograph some of the autographs for File 770 readers. 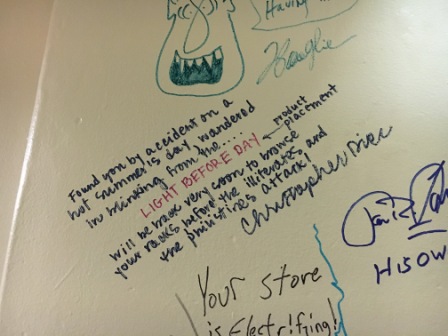 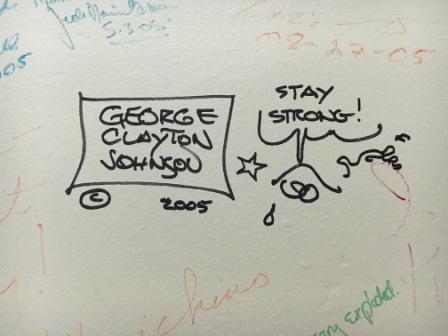 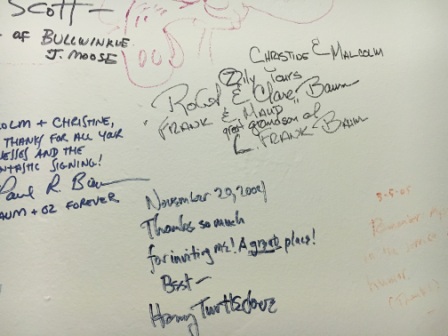 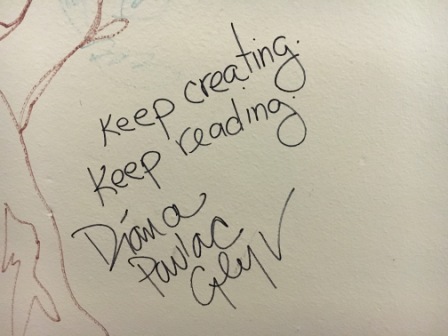 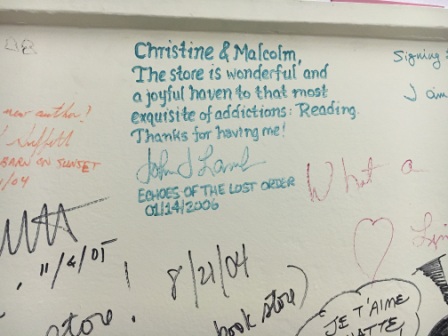 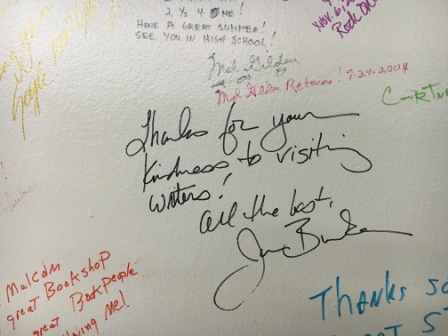 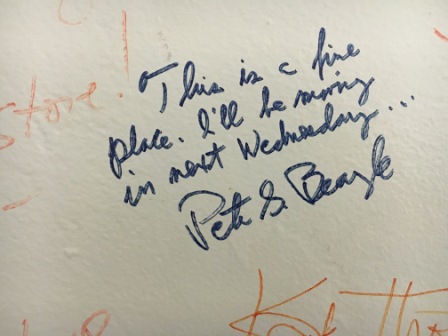 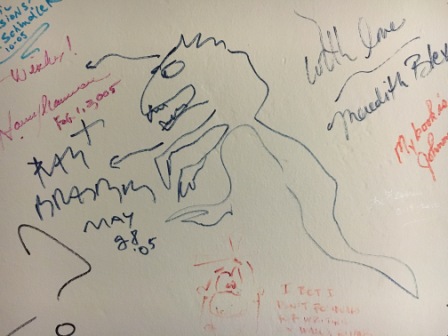 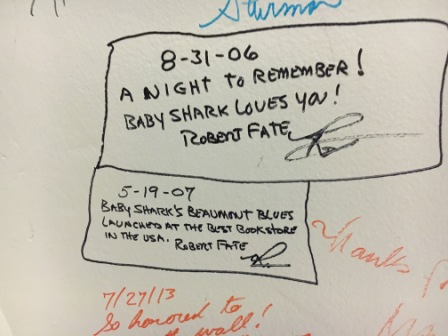 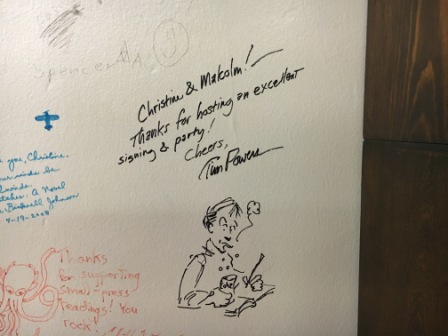 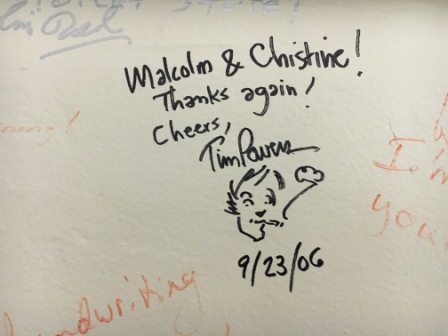 1 thought on “Mystery & Imagination To Close”