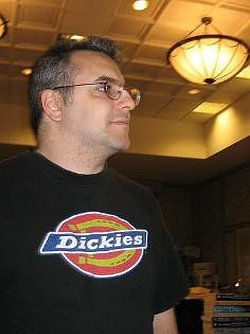 By Carl Slaughter: Imagine H.P. Lovecraft and Robert Sheckley meet at a fan convention and start brainstorming. The result would be I Am Providence by Nick Mamatas from Night Shade. 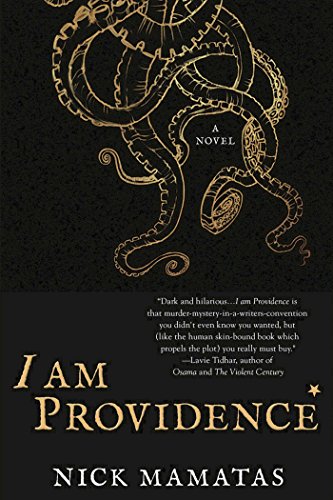 For fans of legendary pulp author H. P. Lovecraft, there is nothing bigger than the annual Providence-based convention the Summer Tentacular. Horror writer Colleen Danzig doesn’t know what to expect when she arrives, but is unsettled to find that among the hob-knobbing between scholars and literary critics are a group of real freaks: book collectors looking for volumes bound in human skin, and true believers claiming the power to summon the Elder God Cthulhu before the weekend is out.

Colleen’s trip spirals into a nightmare when her roommate for the weekend, an obnoxious novelist known as Panossian, turns up dead, his face neatly removed. What’s more unsettling is that, in the aftermath of the murder, there is little concern among the convention goers. The Summer Tentacular continues uninterrupted, except by a few bumbling police.

I Am Providence landed on io9‘s “15 Must-Read Science Fiction and Fantasy Books Arriving This August” along with making The Verge‘s list of the same name.

If you’re curious about how Nick created his characters for I Am Providence and where the idea came from, he wrote about his process on John Scalzi’s “The Big Idea”.

PRAISE FOR I AM PROVIDENCE