Mary Steenburgen and Malcolm McDowell in Time After Time.

By James H. Burns: There can be an awful denouement to watching great love stories…

As I was just reminded, catching the ending of Nicholas Meyer’s marvelous film of Karl Alexander’s story for 1979’s Time After Time (on Turner Classic Movies), the tale where H.G. Wells journeys to our modern era, and, among other things, winds up falling in love with a young woman…

(Charmingly, it was during the making of this film that its stars, Malcolm McDowell and Mary Steenburgen, met and fell in love, and were, for a while, married.)

I first saw the movie when I was 17, with my parents, at a movie theatre in Long Island that, of course, no longer exists.

I’m certain that I was moved by the ending, if not perhaps as strongly as I was a few moments ago.

But decades later, all of us must be compelled to wonder, as we watch a love story from eras ago:

Have we met someone for whom we would cross a universe, or perhaps more significantly, would have time stand still, for our own love?

I can have no complaints, really.  I’ve been lucky enough to know a few women who loved me, even if I did suffer from that very particular fool’s curse of not necessarily realizing it.

And as rough as my life can be at times, I can expect no sympathy from friends, when, fortunately, my wit, if not necessarily my looks, can still make a young woman smile.

But none of this is of any comfort, on those days when one is alone.

A love of imagination, of course, can help solve many solitary moments:

Knowing that there’s a great tale to read, in just a moment, or some amazing new fact to learn…

And one of time travel’s ultimate bonuses might be the ability to at least say thank you to those we passed, or missed, along the way.

Or perhaps a guiding hand from the future might tap one mysteriously on the shoulder, and get us to look in just the right direction, for that moment when two people are destined to fall in love.

(I think the great pulp-era science fiction writer Stanley G. Weinbaum — a pioneer credited by Robert A. Heinlein and others for helping to point the way to truly improving the genre (and who also captivated TWO generations of Burnses!) — wrote a story or two along these lines.)

For whatever reasons, I find that I can’t help being an optimist.

One will never know if he or she has already met their true love and didn’t realize it.

But even if there isn’t someone necessarily waiting on top of the Empire State Building, surely, somewhere beneath those stars above, there’s a welcome and willing heart:

And remarkably, of course, the web has made it all the easier for anyone — and particularly those of kindred spirits! — to meet. 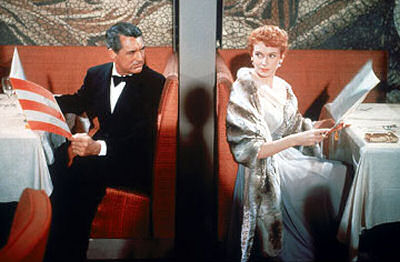 Cary Grant and Deborah Kerr in “An Affair To Remember.”