“To have power over a thing, name it. To name a thing, know it. To know a thing: become it.” — “Camouflage”, Patricia McKillip

By Paul Weimer: If the world of fantasy is a series of baronies, duchies, emirates, city states, and kingdoms, and every fantasy author has a place of their own in fantasy, there is a special realm. A realm of subtle magic, and of beautiful music. Where the people are a full part of the land, a rich place where its creatrix has imbued the place with immersive detail. Where bards sing and myth and legend wind into the fabric of the land, the soul of the people who inhabit it. A land of poetry and power, always wondrous to cross the border and visit. 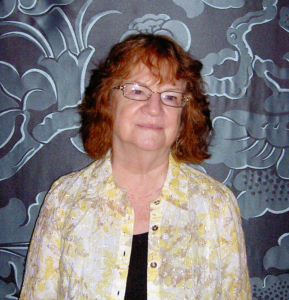 Patricia McKillip in 2011. Photo by Stepheng3.

This is the realm of Patricia McKillip.

In the mid to late 1990’s, I started a serious campaign to really understand a genre I had already been reading for 20 years: science fiction and fantasy. I had been led by chance, choice and suggestion up into that point but in the middle of the 1990’s I decided to be more systematic in my reading of SFF. Not being connected to a wider community of science fiction, I used the tools I had on hand, and leaned on my issues of Locus to tell me what I should be reading–by looking at finalists and winners of various awards. The Hugo Award, the Nebula Award, the Locus Award, and among others, the Mythopoeic Award.

And, so among the many fine authors and their work I thus started to discover in the late 1990’s in that effort would be Patricia McKillip. It seems to be a truism for me that if I really like an author’s work, no matter how much better their subsequent work is, I bond very strongly with the first work of theirs I read. This is definitely true of McKillip.  When I saw in that long ago issue of Locus that she had won the Mythopoeic Award for Song for the Basilisk, I went and dutifully picked it up at Forbidden Planet.  (I was blessed, living in NYC, to have a dedicated SFF bookstore I could rely on). 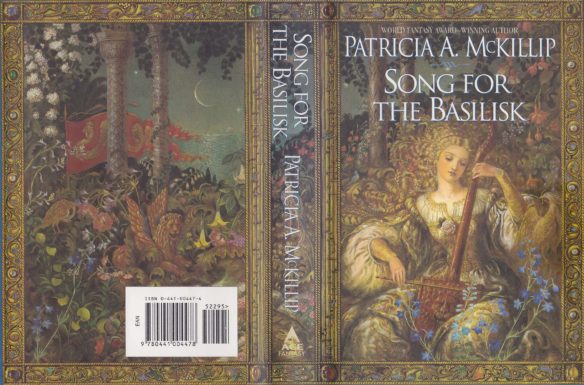 The lush cover reminded me a bit of Tom Canty’s work (it is actually by Kinuko Y. Craft). The lush and richly descriptive and immersive prose reminded me some of the more poetic aspects of Tolkien, or the descriptive power of early Zelazny, or Peter S Beagle. I fell for the story of Caladrius/Rook/Griffin hard and well. For all that I love sorcerers and martial heroes, having a bard as a hero was something relatively unusual in my reading. It’s a careful and well-drawn thing, a writer who knows the power of words, the power of music, the power of language and revelation, to use a character who is raised to be all of that to point and counterpoint the very techniques that the author uses to bring the story to life. And it was a revelation to have a hero deal with the villain not by a swordfight, or a magical contest, but with the power of music. And even there, the denouement is not as straightforward or direct as you might think. It’s a high wire balancing act that charmed me into her worlds, firmly and forever.

I then subsequently started reading McKillip’s work, backwards and since, from the Celtic-themed Riddle-Master books all the way to the last work of hers I read, “Camouflage”, a story in Jonathan Strahan’s The Book of Dragons, introducing us to yet another everyday character, Will Fletcher, who is better at hiding his talents even from himself than even he knows. It is a story of hope and building and working toward a future.

I find that I have not read as much of McKillip’s short fiction as I have with her novels. However, her short stories, especially the aforementioned and most accessible “Camouflage”, I feel ARE a good way for readers who might be reluctant or nervous to immerse themselves into McKillip’s work and just want to try a taste of her down-to-earth characters, her love of language, of poetry, of evocative description, of characterization and beats of the heart that draw you to love and fall in love with her characters. In an age and time where a lot of epic fantasy is frenetic, kinetic, and dark, there is a more stately and beautiful pace that McKillip’s work evokes. It is not all light and sweetness, there can be depth and darkness in her work, but her worlds are fundamentally more optimistic, and brighter, than a large share of fantasy today.

Sadly, now, McKillip and her work have come to an end. Her influence (never her shadow, she illuminated, not overshadowed her peers) runs to fantasy today, even in this age of grimdark fantasy and gritty shades of grey. Authors like Michele Sagara, Julie Czerneda, Daniel Abraham and others carry on her tradition, extending and reinventing and exploring what McKillip first illuminated, extending the boundaries of fantasy in her vein.

I will close with a quote from early in A Song for the Basilisk that just shows the sheer power of her ferocious literary talent:

“Play the song you made for the picochet. See if you can find it on the harp.”

He tried, but the sea kept getting in the way of the song, and so did the hinterlands. He gazed at the floating hills, wondering what he would see if he walked across them, alone through unfamiliar trees, crossing the sun’s path to the top of the world. Who would he meet? In what language would they speak to him? The language the sea spoke intruded then, restless, insistent, trying to tell him something: what song he heard in the seashell, what word the rock sang, late at night under the heavy pull of the full moon. His fingers moved, trying to say what he heard, as the sea flowed like blood in and out of the hollows and caves of the rock, trying to reach its innermost heart, as if it were a string that had never been played. He came close, he felt, reaching for the lowest notes on the harp. But it was his own heart he split, and out of it came fire, engulfing the rock in the sea.

[This post will also appear at Green Man Review.]