“My earlier rumor about LIGO has been confirmed by independent sources. Stay tuned! Gravitational waves may have been discovered!! Exciting,” said a message on Twitter from Arizona State University cosmologist Lawrence Krauss, who does not work with LIGO.

His words sparked a firestorm of speculation.

An announcement will be made Thursday at 10:30 am (1530 GMT) at the National Press Club in the US capital Washington.

The event brings “together scientists from Caltech, MIT and the LIGO Scientific Collaboration to update the scientific community on efforts to detect them,” a National Science Foundation statement read.

They will provide “a status report on the effort to detect gravitational waves — or ripples in the fabric of spacetime — using the Laser Interferometer Gravitational-wave Observatory (LIGO),” it said.

LIGO is a dual set of identical detectors built by scientists at MIT and Caltech to pick up “incredibly tiny vibrations from passing gravitational waves,” said the statement. 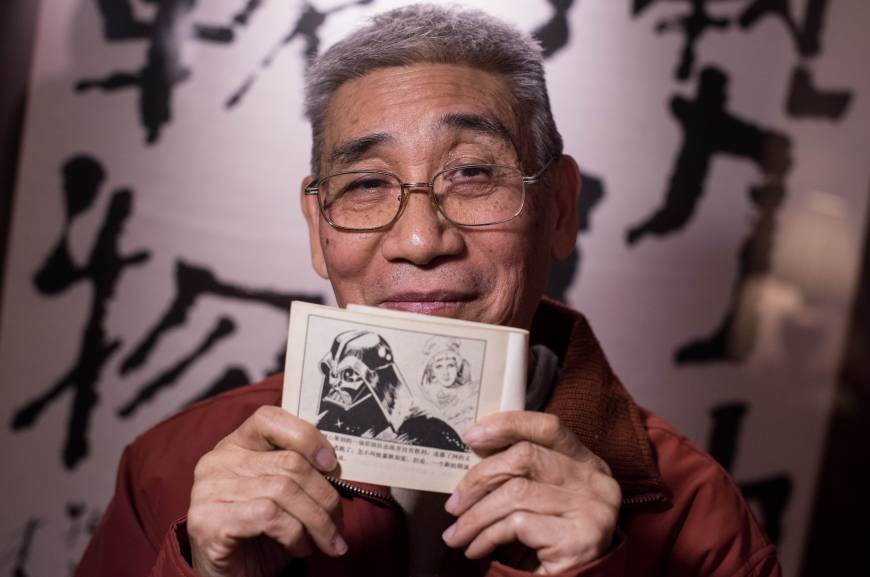 A long time ago in a country far, far away, Chinese authorities managed to obtain a copy of America’s ultimate cultural weapon: a blockbuster movie with enough special effects to wow an entire planet.

Summoned to a small theater in the southern city of Guangzhou in 1980, artist Song Feideng was shown “Star Wars” and instructed to transform it into a traditional Chinese comic book, known as a “lianhuanhua,” to promote scientific achievement in China.

Song was one of the first people in China to see George Lucas’ magnum opus at a time when it was still banned — a marked contrast to the status of the series’ most recent installment in a market that Hollywood increasingly sees as crucial to success.

“The objective was to take the world’s advanced science and popularize it in China,” Song, who worked for a state-owned publisher at the time, said in an interview.

He replaced the movie’s X-wing spacecraft with Soviet rockets and jet fighters. In one illustration, Luke Skywalker wears a cosmonaut’s bulky spacesuit and rebel leaders are dressed in Western business suits. Darth Vader appears alongside a triceratops.

(3) AND YOU CAN READ IT IN ENGLISH. The whole comic has been translated by Nick Stember — Star Wars comic part 1-6. 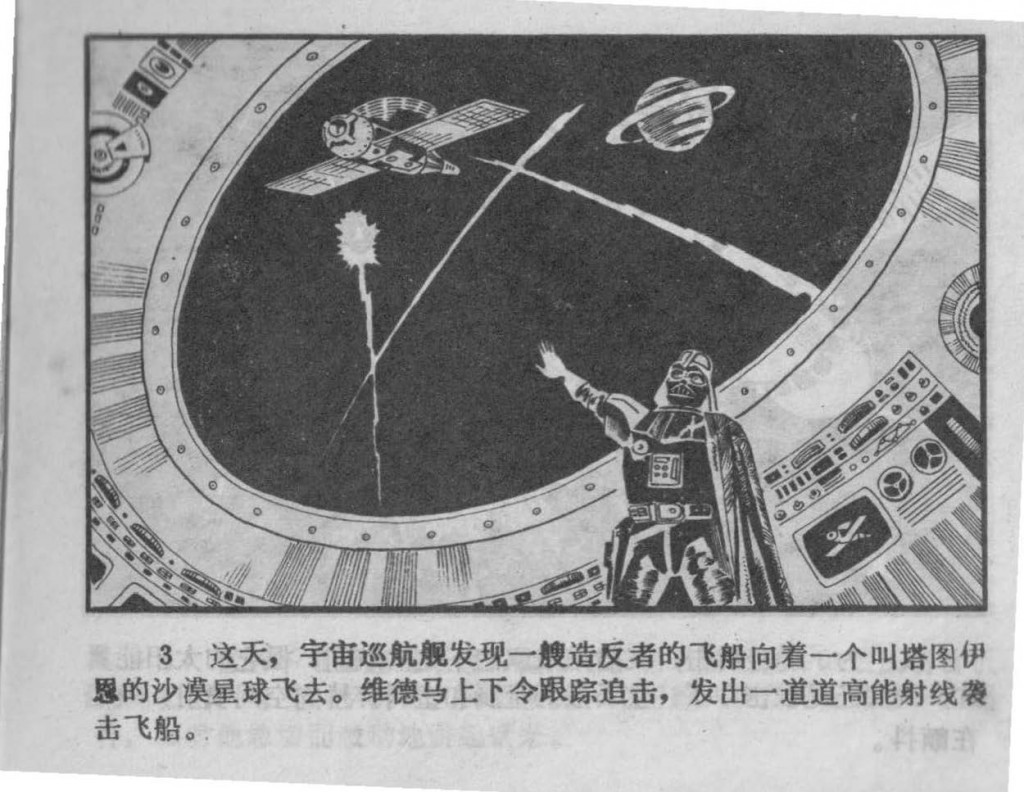 (4) GENIUS CLUSTER. “Alice Cooper on His Dinner With David Bowie and Ray Bradbury” at Rolling Stone.

After Cooper’s initial meeting with Bowie in the late Sixties, they later forged a friendship. Once, they even had dinner together with Fahrenheit 451 author Ray Bradbury. “It was really interesting, because these guys were in outer space somewhere,” he says. “They were talking about quantum physics, and I’m going, ‘So … what kind of car are you driving?'” Cooper laughs.

Does Cooper know how funny that question really was? Despite living in LA, Bradbury famously didn’t drive.

(5) NUMBERS THAT MATTER. What File 770 reader can resist a series titled “Five Books About”? Marc Turner’s contribution is “Five Books Where Dragons Are Put In Their Place” at Tor.com.

Dragons may be a trope of the epic fantasy genre, but they are a trope I suspect I will never tire of. My new book, Dragon Hunters, might just have one or two of the creatures lurking within its pages.

His first choice is Smaug.

(6) WHERE SAWYER BEGAN. Robert J. Sawyer’s first SF publication was in The Village Voice in 1981.

I’d had an earlier fantasy publication (“The Contest,” in the 1980 edition of White Wall Review, the literary annual of my alma mater, Ryerson Polytechnical Institute, edited by Ed Greenwood, who created the “Forgotten Realms” for Dungeons & Dragons), and I’d sold a science-fiction story to be produced as a a planetarium starshow), but that was my first science-fiction publication — and it came out exactly 35 years ago today.

That story appeared in the 14-20 January 1981 issued of The Village Voice: The Weekly Newspaper of New York, as a winner in a ten-week contest they were running called “Sci-Fi Scenes,” featured in the “Scenes” column by Howard Smith & Lin Harris.

The rules required a story of exactly 250 words — no more, no less (title words didn’t count, a fact I took full advantage of).

(8) EVEN BAT DURSTON LOST? Charlie Jane Anders tells the story of “That Time When a Fake Science Fiction Author Won a Major Novel-Writing Prize” at io9.

Back in 1953, Galaxy Science Fiction and Simon & Schuster launched a huge contest to find a great new science fiction novel. The prize was $6,500 (a lot of money in those days). The winner? A brand new writer named Edson McCann. Except for one thing: Edson McCann did not exist.

It was a pretty disgraceful scam, everything considered.

(10) LURKER REQUEST. People are welcome to ask questions like this in a comment on the Scroll. I received this one as an e-mail query:

I was wondering if you recognized this summary, or would be willing to post it (a long shot, I know), to see if someone recognizes it and can give title or author.

Our main character is a women who is involved in a profession that shows a lot of skin; I don’t recall if it’s actress, dancer, sex worker, or what. One day she wakes up in a thick, gray, sack-dress with no recollection of how it could have gotten on her. She can’t take it off and, when she tries to bathe, it sheds material but doesn’t wash away. It turns out that a Moral Majority opponent of hers has figured out how to program nanobots to turn out this cloth, and has set it in a cloud around her. He and his congregation wear it as well, I think? I know that the climax of the story involves that as a plot-point, along with some clever reverse-engineering on what wavelengths the nano-cloth passes or reflects…

Sound familiar to anyone?

(11) HIS FIELD OF EXPERIENCE. Never let it be said that Neil deGrasse Tyson missed a chance to talk science.

If #SB50’s football field were a cosmic timeline, then cavemen to present day spans a turf-blade's thickness in the end-zone.

(12) SPORTS JOKE. For those who are interested enough in US sports to get the joke, a parody of a series of NFL promos aired during yesterday’s Super Bowl broadcast.

And, yes, here are the Cubs' World Series babies. pic.twitter.com/jXe8uak0gT

[Thanks to John King Tarpinian, and Alan Baumler for some of these stories. Title credit goes to File 770 contributing editor of the day Jim Henley.]