I’m late, I’m late, to claim this is a post on August the Eight(h). 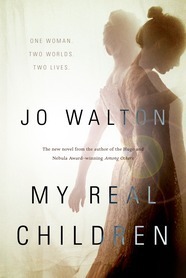 (1) Remember: Jo Walton receives her Tiptree Award for My Real Children in a ceremony at Borderlands Books, San Francisco at 3 p.m. Sunday.

Somebody please send me pictures!

(2) Adam Rowe on the Barnes & Noble Sci-Fi-Fantasy Blog recalls “How One Misunderstanding in the 1870s Created an Entire Sci-Fi Subgenre”.

After observing what he thought to be channels on the surface of Mars, Schiaparelli referred to them as “canali.” That’s the Italian word for “channel,” but it looks incredibly similar to the English word “canal.” English versions of Schiaparelli’s notes didn’t make the distinction, making it seem as if the respected astronomer had documented structures built by intelligent life on Mars.

The recently constructed Suez Canal was still viewed as the pinnacle of modern engineering across the world, so the concept of canals was well-known. And now, Martians were apparently creating them!

American astronomer Percival Lowell became obsessed with the concept in the 1890s, building an observatory in Arizona and publishing three books featuring his extensive maps of hundreds of canals that he believed Martians had built in order to transport water from the polar ice caps to the Martian equator.

The votes are voted,
The threads are bloated,
But I can live through the jumble.
What do I care if commenters fumble?
I have my copyediting skills to keep me humble.

(5) Some disagree with Jim Hines’ Hugo predictions, but Steve Tinel demurred about his kind words for one of the co-hosts in “Jim Hines’ Cracked Crystal Ball”.

FLAT CATS: David Gerrold, known for giving vent to foul-mouthed anti-Christian bigotry, is slated to host this year’s Hugo award ceremony. Jim Hines, a government employee who writes scifi on the side, has boldly predicted that Gerrold will do a wonderful job as host.

(That was before Tinel read the Antonelli material, which inspired a second post, “SciFi writer David Gerrold reported to police”.)

(7) Should You Name Your Baby Anakin? It’s a trending name!

This year, a surprising baby name appeared for the first time on the Social Security Administration’s annual list of the top 1,000 baby names in the United States. “Anakin” made its chart debut at #957, the name having been bestowed on exactly 218 baby boys in 2014.

Hi Browncoats — I designed this new limited edition tee just for you! — Nathan 100% of the proceeds will go to KUSEWERA whose mission is to empower and educate children in impoverished countries through active and creative play. 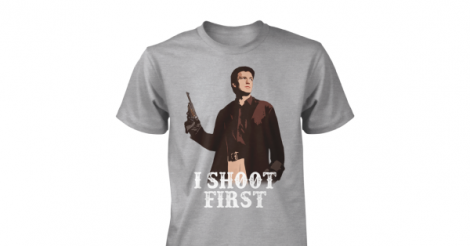 The eye-smacking “Star Wars Original Trilogy Lamp with Illuminated Lightsabers” from the Bradford Exchange is one of those objects.

The lamp hits all the right gaudy notes. It has a cylindrical shade with Luke Skywalker wielding a lightsaber, Han Solo brandishing a gun, Chewbacca looking grumpy, Princess Leia decked out in white and those two droids you’ve been looking for. Darth Vader looms ominously in the background. 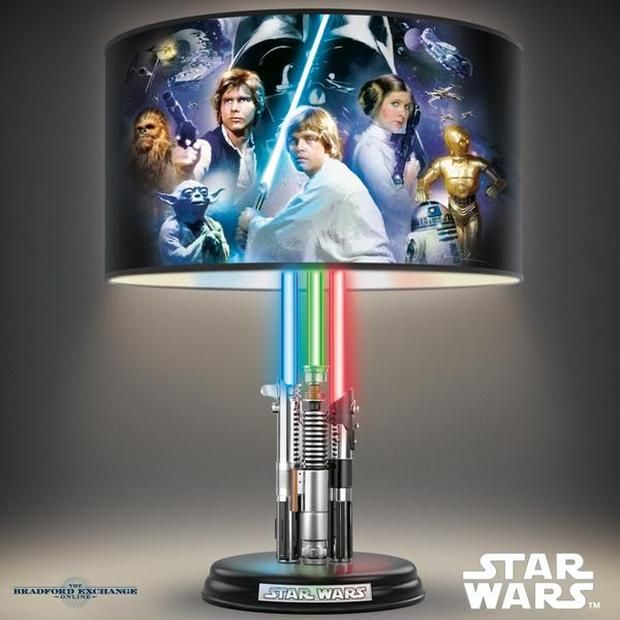 (10) Len Wein would be so proud. The Huffington Post has the latest on a real-life swamp thing sighting.

A woman left a church in Bishopville, South Carolina, on Sunday, and was understandably startled at the sight of someone — or some-THING — running in front of some trees. The shock lasted long enough for her to get a grip on her senses — as well as her phone —  to snap a picture of what looks like a fast-moving lizard man….

“My hand to God, I am not making this up. So excited,” she wrote to the station, explaining how she and a friend saw the lizard man near the Scape Ore Swamp (see red marker in the following map).

(11) The Duarte (CA) Historical Museum has a modest exhibit about Ray Bradbury.

Honorary Duartean Author Ray Bradbury (1920-2012) is the subject of an exhibit at the Duarte Historical Museum in Encanto Park. Compiled by Jack Collins and former Duarte Librarian Peter Rosenwald, the display features articles, books, photographs, and other memorabilia and will remain through August.

The Museum, 777 Encanto Parkway, Duarte, is open Saturdays 1-4 p.m. and the first and third Wednesday each month from 1-3 p.m. Admission is free.

Bradbury made several appearances in Duarte over the years, donating all proceeds from his book sales at those visits to the Friends of the Duarte Library.

[Thanks to John King Tarpinian for some of these stories. Title credit goes to File 770 contributing editor of the day cubist .]