(1) THE FLYLEAF IS STILL HITTING THE FAN. When it was first reported that Governor Brown had signed this law, it was in triumphant terms of Mark Hamill no longer being victimized by autograph forgeries. Now people have looked under the hood and are reacting with outrage — “New California law will make it harder to sell autographed books, art”.

The law supersedes existing California law, which had previously only been directed at sports memorabilia. The law requires that any autographed item sold for more than $5 must include a certificate of authenticity including information about the dealer, where and how the item was signed, and the name and address of any third party from whom it was purchased. The law was undoubtedly aimed at shutting down forgery mills, but it was written so broadly that it will make things a lot harder for anyone dealing in autographed goods.

You don’t have to think about this law for very long before you realize how problematic it would be for antique and second-hand booksellers, some of whom carry hundreds or thousands of autographed copies of books. Given that few such books would sell for less than $5, this means that these booksellers must either create individual certificates of authenticity for each book, or else discard thousands of dollars in inventory that is no longer salable. Even if they were to create such certificates, in the case of a third party purchase the certificates would have to include the personal information of whoever sold it to them–a clear violation of privacy.

It would also apply to any art gallery that sold original works–and the ramifications for San Diego Comic Con and other conventions that have “artist’s alleys” where artists can set up booths to sell (and autograph) their own artwork might also be considerable–to say nothing of authors who set up to do the same thing for their books. What if everyone who sold an autographed book or sketch had to make out a certificate of authenticity when they sold it? (The law says that “the person who signed the memorabilia” isn’t considered a “dealer,” but if they’re also the one who sells the work in question, they should still be on the hook for it.) Likewise, it will also affect out-of-state dealers who want to sell to California residents, or who come to those conventions to display their art.

The Eureka Booksellers site reported what action its owners are taking.

Two prominent California booksellers — Scott Brown, co-owner of Eureka Books in Eureka, and Bill Petrocelli, co-owner of Book Passage in Corte Madera and San Francisco — have written letters to their representatives* in opposition to Assembly Bill 1570 Collectibles: Sale of Autographed Memorabilia, which was signed into law by Governor Jerry Brown on September 9 and requires dealers in any autographed material to provide certificates of authenticity (COA) for any signed item sold for $5 or more.

Brown and Petrocelli assert that though the law is intended to regulate the sale of sports and movie memorabilia and combat “forgery mills,” it will have drastic, unintended consequences for the sale of signed books, paintings, sculptures and almost every other type of artwork. Under the law, which would go into effect next January, COAs for signed memorabilia would have to include a description of the collectible and name of the person who autographed it; include either the purchase price and date of sale or be accompanied by a separate invoice with that information; indicate whether the item was autographed in the presence of the dealer with specified date and location and name of witness; or, in the event that it was obtained or purchased from a third party, indicate the name and address of that party. Dealers must also keep their copies of these COAs for at least seven years….

In Cologne, Germany from October 14-15 at Filmclub 813 e.V., the program includes a special block of virtual reality films presented with Google Glass. The festival then returns to Lille, France at the L’Hybride theater on October 22.

The second was open to a non-North American resident. It went to Esther MacCallum-Stewart of Southville, Bristol, United Kingdom.

The third was open to anyone involved in running conventions, regardless of their place of residence or citizenship. This scholarship was awarded to Katharine Bond of Seattle, Washington. 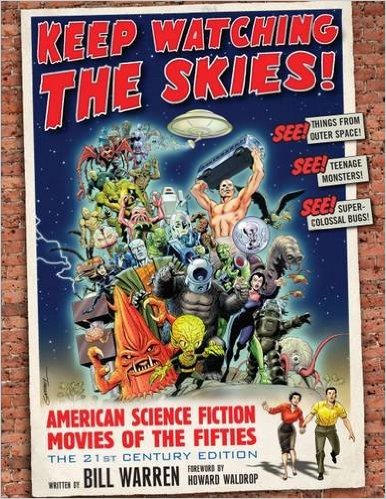 (5) SWAN OBIT. Patricia A. Swan of North Carolina reportedly passed away September 25 of cancer. The family posted the news on her Facebook account.

(6) LEWIS OBIT. Herschell Gordon Lewis (1929-2016): US director, died September 26, aged 87. Nicknamed the ‘Godfather of Gore’, Lewis achieved greater career success as a leading figure in the US direct marketing industry, writing more than 20 books on the subject.  Entered movie-making in 1961 with a series of ‘nudie’ exploitation releases, but made his mark with Blood Feast (1963) and Two Thousand Maniacs! (1964). Later genre credits include Something Weird, A Taste of Blood and The Gruesome Twosome (all 1967), The Wizard of Gore (1970), The Gore Gore Girls (1972). He returned to directing with 2002’s Blood Feast 2, and Herschell Gordon Lewis’ Bloodmania is currently in post-production.

Comic book superstars Brian Bolland, Mick McMahon, Dave Gibbons, and Kevin O’Neill are set to return to the pages of the legendary 2000 AD for its 2,000th issue!

Europe’s longest running sci-fi action comic reaches its landmark 2,000th issue on Wednesday 28 September and some of the most prominent creators ever to grace its pages have returned for a 48-page celebration bonanza, including Bolland (Batman: The Killing Joke), McMahon (The Last American), Gibbons (Watchmen), and O’Neill (League of Extraordinary Gentlemen), as well as a brand new series by Peter Milligan (X-Statix) and a poster featuring specially commissioned artwork.

On November 5, Colin Havard, the son of Dr. Havard, one of the Inklings, will be the keynote speaker at Urbana Theological Seminary’s fifth annual Tolkien Conference held in Champaign, IL. He will be speaking on “The Inklings as I Remember Them,” in which he will be sharing his own memories of Tolkien, Lewis, etc. We will have a few other excellent speakers and interesting events, as well!

(10) CAPE V. GOWN FOR HALLOWEEN. Matthew Townsend’s article, “Superheroes Top Princesses in Halloween-Costume Battle” at Bloomberg tells that a National Retail Foundation survey predicts superhero costumes are expected to be #1 in Halloween this year with princesses second and animals third.

The popularity of costumes reflects a tug of war between Time Warner Inc.’s Warner Bros. and Walt Disney Co., which control many of the top entertainment properties. Disney has dominated the princess trend, helped by the release of “Frozen” in 2013, and owns Marvel and Star Wars characters. But Warner Bros. is trying to develop an expanded universe of DC Comics heroes for the screen. “Batman v Superman: Dawn of Justice” hit theaters earlier this year, followed by the Batman villain ensemble film “Suicide Squad” last month.

At stake is $3.1 billion in Halloween costume spending.

At least the kids haven’t gotten the idea of dressing like Hillary Clinton or Donald Trump.  Now THAT would be scary.

(11) DEBATE COVERAGE. Chuck Tingle’s contributions to the world of science fiction continued last night with his live Tweeting of the first US Presidential debate. Did you know? — Chuck is another third-party candidate who couldn’t get in the door.

LETS FOCUS ON THE HARD ISSUES AMERICA/ the buckaroo party has not been allowed in the presidental debate tonight but our voice will be heard pic.twitter.com/5vB0y1qsDC

His running commentary about the debate has been collected on Storify.

over 30 minutes in and still no mention of Unfair Flavor Laws or Pacific Northwest Bigfoot integration, both are buckaroo party KEY ISSUES