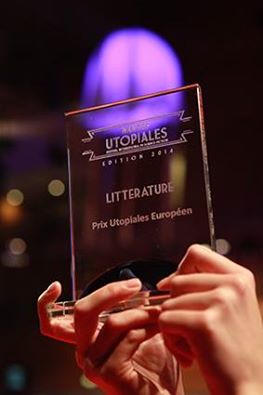 The winners of the Prix Utopiales 2016 were announced at the award ceremony at the Utopiales International Science Fiction Festival of Nantes in France on October 31.

The award recognizes a novel, or a collection, published in French during the eligibility period whose author is a citizen of a country belonging to the European Community. The prize has a cash value of 2000 euros.

Presented earlier this weekend was the Julia Verlanger Prize, a literary award established in 1986 which honors science fiction and fantasy novels.