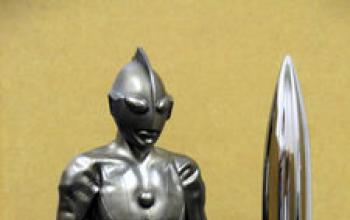 aka ”He’s not the Messiah. He’s a very naughty puppy!”

Over the last couple of days, I’ve been fighting the urge to respond to a post in a private Facebook group that is supposedly dedicated to the appreciation of the writings of Robert A. Heinlein. I say supposedly because it had become more and more apparent that wasn’t necessarily the case. But the crowning point came when one of the members posted a link to a story about why Connie Willis would not be presenting at the Hugo Awards. I’m not going to get into Ms. Willis’ reasons other than to say I don’t agree with them. But it was her decision and she will have to live with the consequences — good, bad or indifferent.

However, what got to me was the poster of the link starting out by saying that she was a so far unpublished science fiction writer who is just so angry at the “talentless and angry malcontents” who have supposedly ruined the Hugos. Okay, nothing new there. Still, it was a bit surprising to find such a position being advocated in a Heinlein forum, especially when it became clear that the whole issue was that there have been more men nominated for a Hugo and that more men have won than women. Again, nothing new….

This is the number I’ve been hearing anyway, from various people–the estimate of who, in recent years, was actually submitting and voting on the books in question. And from what I can make out, these people are also mostly made up of the fan clubs of a certain select group of authors; suggesting they are perhaps not particularly diverse in their opinions.

Again, it’s not that anything untoward happened to lead to that–no one was stopping other people from getting involved, the whole event just seemed to have become more obscure in recent times, but the lack of mass involvement in recent years has been telling. Perhaps the event just hasn’t been publicised properly, I mean–it’s supposed to be like the Emmys for SF, right?

How was this ever going to change, but by some ‘radical’ action? I’m not saying it had to happen the way it did–I would have preferred it hadn’t since so many authors have felt the need to disassociate themselves–but for new life to be breathed into the Hugos, someone had to put them in the spotlight again. And I do think they needed new life.

Which brings us to the other “Big Lie” that we just want “pulp” or “adventure” or “old fashioned” stories.

This incredible nonsense doesn’t pass the smell test. None of us has said that. What’s more, as far as I can tell, none of us believes that. I have in the past advised fledglings not to try to write in the style of long-gone-by writers (except the occasional send up. I’ve been known to do Bradbury pastiche.)  Writing styles and tastes have changed.  No one wants to work that hard for their fiction.

Much as I love say Jane Austen, I’m aware styles of prose have changed completely since her day. You see, we are a lot more visual. Also omniscient narrator doesn’t seem to do as well as it once did, because competing with visual media forces writing to employ its one advantage: putting you in a character’s head for a while.

Also, frankly, with some exceptions, I have great trouble reading science fiction published before the sixties or so, because I’m sensitive to language shifts and also because some of the assumptions are risible. (You know the exceptions, Simak, Heinlein and half a dozen others.)

Yes, I just did a post exhorting us to recreate the Golden Age, which I note File 770 immediately echoed, even though it had clear nothing to do with the Hugos. They picked it up because they thought it supported their narrative. One despairs of trying to talk to whole-word-readers.

That post of course exhorted writers to write for their fans not the publishing establishment. And it exhorted the fans to support their writers. It also exhorted writers to be a little more daring with their science (because that’s why science fiction is getting its lunch eaten by fantasy.) In my opinion that’s what Golden Age IS. It was not about writing pulpy. Not that I expect anyone there would get it.

Let’s just say their behavior shocked me about as much as the discovery that the sun rose again this morning. There are precisely four things that have surprised me about the SJW response to date:

@voxday Just realized something you often use the #sadpuppies tag but rarely (ever?) a #rabidpuppies tag. Why is that? SP got more coverage?

Those of us who feel the Hugo award is an honor well worth pursuing, such a myself, probably feel some resentment – as I do – towards those Sad Puppy “fellow travelers” who have made statements indicating they want to burn down or destroy the awards.

Folks, if you don’t like the award, then why allow yourself to be nominated in the first place? I mean, we can all differ on the meaning, usefulness or value of an award, but if you don’t even believe in it – why bother? It’s a free country, which means we all have the right of free association. Nobody forced you to participate in the Hugo process.

At the very least, bear in mind – in light of the hostility that the Puppy effort has engendered – how your comments hurt those of use who would be proud and pleased to win one of the awards. Heck, I’m still proud to have been nominated, regardless how it turned out.

The “let it burn” folks on the Puppy side are, to my mind, the corresponding opposite of the “No Award everything!’ side on the anti side. I suspect the vast majority of people who care about the subject are in the vary large middle territory.

There are exactly 367 Vile Faceless Minions, as it happens, in addition to an unknown quantity of Rabid Puppies, Dread Ilk, and Ilk. As to what their staying power is, and if they are really going to stay interested enough to do this again next year, I have ordered Malwyn and her colleagues to unmuzzle them and thereby permit them to speak for themselves, if they so wish.

The 2015 Puppy slates did not claim to be only nominating conservatives but it is reasonable to assume that if either of the puppy slates was intended to cove works that would otherwise not get nominated then the proportion of conservative writers should be higher. Notably the final nominations had a much smaller set of authors than might be expected. John C Wright was nominated fives times (it would have been 6 but one work was disqualified on a technicality). Given circumstances highly favorable to conservative writers it is notable that the nominations had to include the same writer multiple times (including 3 spots in bets Novella).

Dave Freer’s argument does not show what he thinks it shows. The flaws in the argument are:

The Sad Puppies have been so successful in discrediting @scalzi that he only got a $3.5 million book deal. Good work guys!

Campbell Award for best new writer: This is the category about which I am angriest, and not primarily or even secondarily because this was my first year of eligibility. Remember that “in addition to myself, I have also nominated Usman T. Malik (to whom I would be honored to lose), and Benjanun Sriduangkaew (who is in her second and final year of eligibility, and who I fear is unlikely to win due to some ridiculous drama).” And for a bit more about the latter, see this entry. Puppies aside, I have to question the legitimacy of a ballot with neither Malik nor Sriduangkaew. They are simply out-writing most everyone else in the present cohort.

I know I have read and enjoyed some short-form pieces by Wesley Chu. So I was mystified when I opened the Hugo voters packet, looked at the first page of The Deaths of Tao, and read this Bulwer-Lytton Award-worthy sentence:

The lone black car slunk through the dark, unlit streets, a ghostly shadow creeping past the decrepit warehouses and abandoned storefronts along the South Capitol at the outskirts of Washington DC.

Contrast that to my enthusiastic response to “Totaled” by Kary English. As for the rest of the nominees, they either have never reached my notice, or never merited it. Ballot:

Unfortunately, during as much of the nominated year as I could push through, it’s visually hard to read–light text on dark grey background. I also didn’t find the tone and style of the reviews engaging, but I was probably less receptive because of the dark background and very light, thin text. For me, that’s a dealbreaker. If I’m going to read it, it has to be readable. Not recommended.

My main problem with this being on the Hugo ballot is that, as I said, it’s a formula.  It’s comfort reading, the kind of book you turn to when you’ve had a hard day and need to relax, when you don’t want anything too challenging or surprising, when you’re pretty sure the good guys will win in the end.

This story was readable. I have read some very old style English books that drone on with details that had greater meaning when they were written. It would have been more fun if I’d thought the numbers provided all had masonic meaning but the author gave no hints to that effect so again I’m not going to credit him with my random imaginings that are really just a desire for this story to have been better.

This story is the best of those I’ve read in the short story category so far. It made me cry at the end, touched on two interesting points, and was written literately. There’s been a lot of debate about what makes something “Hugo-worthy” and where/if to place something on the ballot if it’s good but not great, bad but not worst, etc. I find it vaguely sad to be reviewing short stories that should have been nominated for being “Hugo-worthy” and being impressed simply by it being written in a well put together English.

I haven’t done an exact word count, but this thing must run about 14,000 words. That is at least 4,000 words too long. A look on the Hugo Awards page tells us that a shorter version of this appeared earlier and this version, which is longer, was published in 2014. If the longer version had provided context it could have been fine. The words here now are like empty calories, and gives a reader too much time to ask too many questions, questions the writer doesn’t answer.