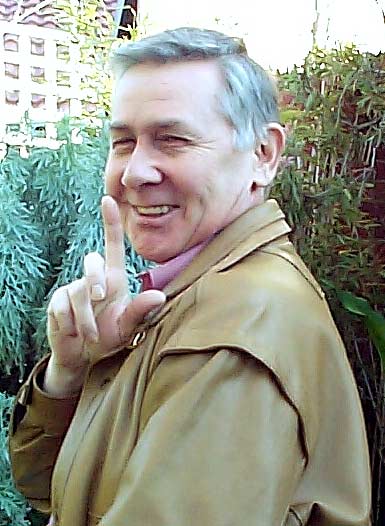 Martin James Ditmar (“Dick”) Jenssen is the winner of the 2016 Rotsler Award, given for long-time artistic achievement in amateur publications of the science fiction community. Established in 1998, the award carries an honorarium of US$300.

Known among fans as Dick or Ditmar, Jenssen got his first look at sf art – a painting of Saturn by Chesley Bonestell – when he was eight. Immediately his imagination kicked into gear, and he found himself able to visualize variations in the color, the point of view, and other details or hardware. By the time he was a teenager, he was producing art for his friends’ mimeographed fanzines, which involved using a metal stylus to draw on waxed master sheets.

Seeing for the first time Morris Scott Dollens’ black-and-white space and planetary scenes made him want to learn another technique, scraperboard. This was a thin white clay bonded to a cardboard base, which could be covered in India ink, then scraped away with a scalpel to reveal the white underneath. Ditmar’s efforts in this vein were published on the covers of Australian fanzines. 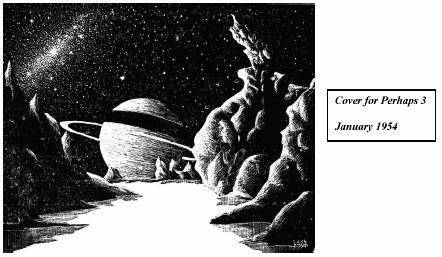 The advent of computers gave Ditmar a new tool for producing exotic color compositions. “Since I usually always wanted to redo what I had created, in order to reorganize the compositional elements, and/or the coloring, and/or the elements themselves, it seemed that graphic packages would be ideal. Software which would allow me to generate three-dimensional objects in a virtual world, to organize their spatial distribution and relations, to color them as I wished, to manipulate them in unreal ways.” And digital and online fanzine publishers, freed from the cost of printing color art on paper, responded with approval, publishing several elaborate folios of these images. 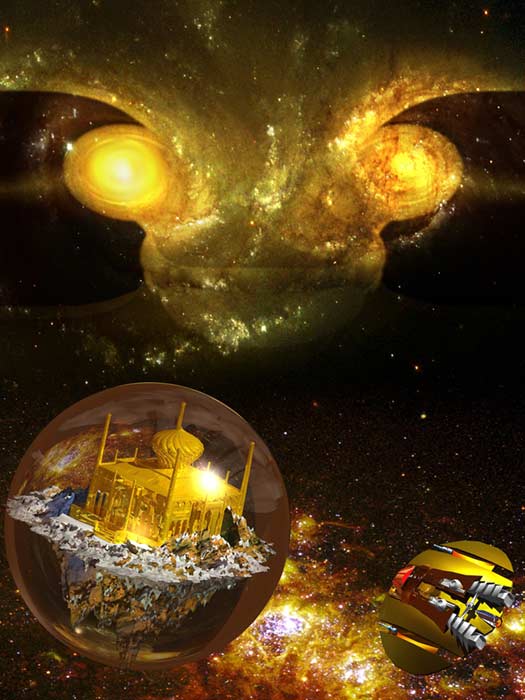 The Rotsler Award is sponsored by the Southern California Institute for Fan Interests, a non-profit corporation, which hosted the 1984, 1996, and 2006 World Science Fiction Conventions. The award is named for the late Bill Rotsler, a talented and prolific artist over many years. Sue Mason, Mike Glyer, and John Hertz served as this year’s judges.

The award was formally announced at Loscon 43. An exhibit honoring Ditmar’s work was displayed in the Art Show.

3 thoughts on “Rotsler Award To Ditmar”