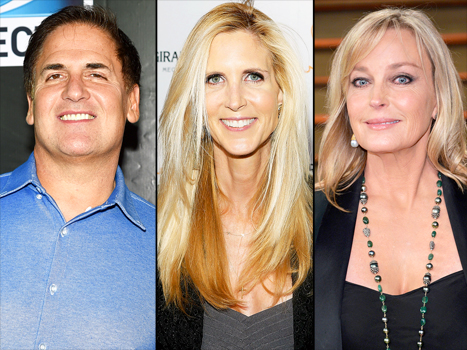 A full complement of celebrity hors d’oeuvres will be served up when Syfy airs Sharknado 3 in July.

This time the storm sets down in Washington D.C. Plutocrat Marc Cuban of Shark Tank will appear as the President of the United States with conservative pundit Ann Coulter as his Vice-President.

L.A. is freezing. The sharks have chewed through all the heating vents! #Sharknado3

And right now “Snacknado” is Baskin-Robbins Ice Cream’s Flavor of the Month. Sharknado star Ian Ziering is featured in this promo —

.@IanZiering has something to say about our new March Flavor of the Month, Snacknado! http://t.co/I2ZuogfGlI