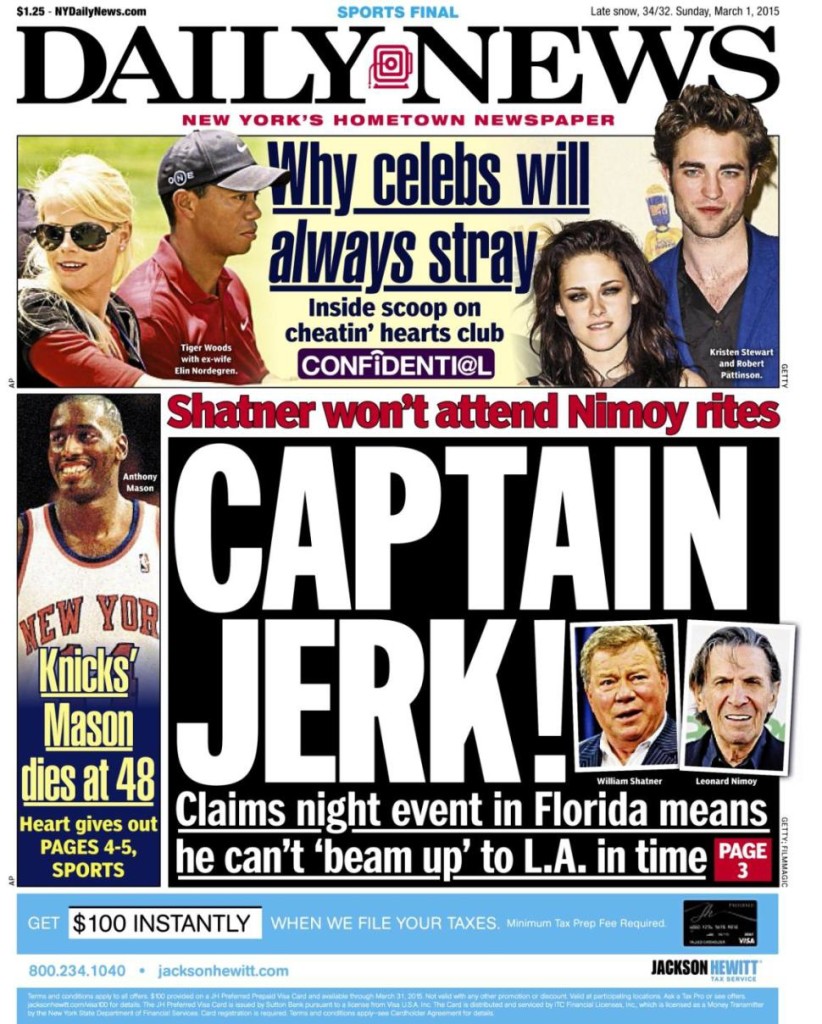 By James H. Burns: Our old friend, long time science fiction fan, Stuart Hellinger, has the headline piece in my old stomping grounds, The Daily News‘ “Voice of the People” editorial page, with this nice commentary on the alleged William Shatner controversy:

A no-win scenario for Shatner

Brooklyn: “Captain Jerk!” (March 1) was one of the most tasteless and disrespectful headlines I have ever seen in the Daily News.

As one of the people who ran the original “Star Trek” conventions in New York City in the 1970s, I had the privilege of meeting William Shatner, Leonard Nimoy and many others connected with the show. Yes, Shatner could be difficult. But in general he was a kind and generous individual who has only become more so over the years.

In this case, he had made a commitment to an important charity in Florida for their largest fund-raiser of the year. He could not honor this commitment and still get back to Los Angeles on time for Nimoy’s funeral. I’ll bet he raised even more in tribute to Leonard.

I respect Bill for honoring his commitment to the charity. And knowing Leonard, I am sure he would agree that Bill did the correct, logical and human thing. 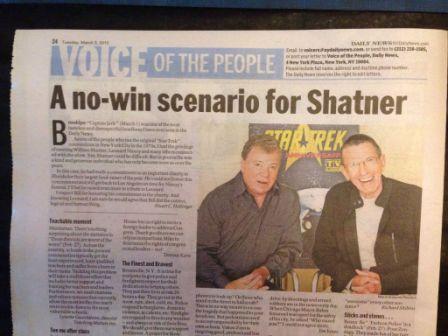