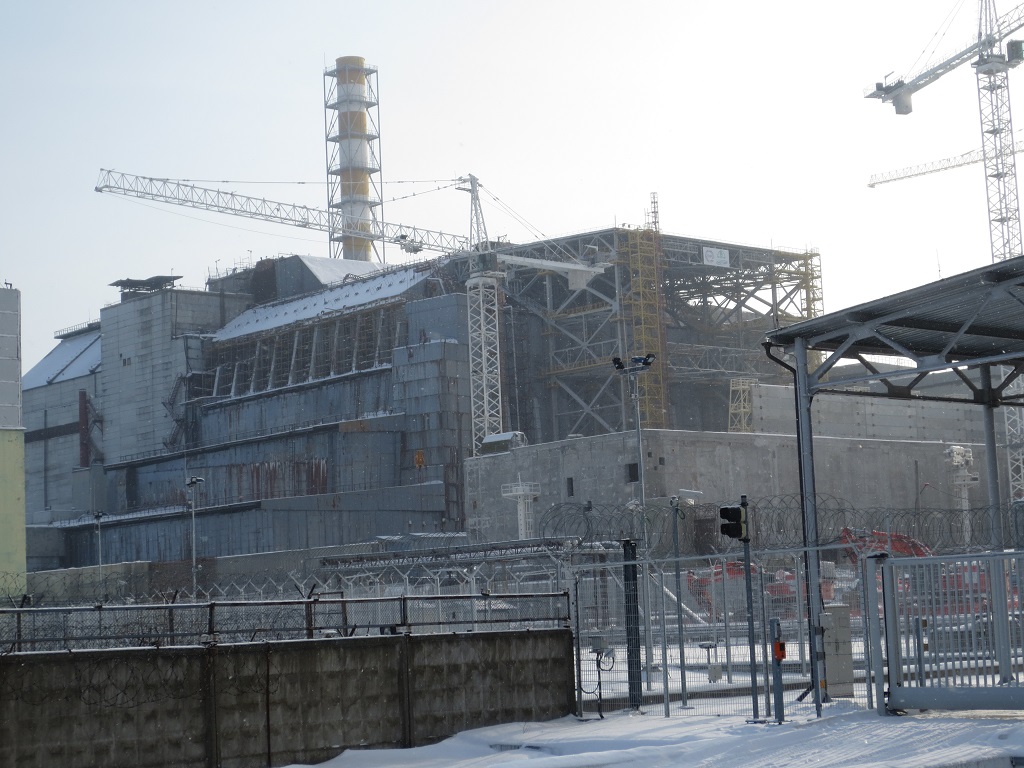 By Hampus Eckerman: There is a connection between Sweden and Chernobyl. Sweden was the first country where the fallout from Chernobyl was detected and it was from there the first news of the accident spread around the globe. This even before Pravda wrote about the accident. The Chief of IAEA, the International Atomic Energy Agency, was at that time a Swede — Hans Blix — and he was the first westerner to inspect the consequences of the disaster. The east coast of Sweden was one of the places outside of Ukraine that suffered the most fallout and there are areas where radiation is still much higher than normal. Around 1000 cases of cancer in Sweden are directly linked to the Chernobyl disaster. After the accident, Swedes opened up their homes on the west coast to let Ukrainian children come and visit during summer to build up their strength. I was only 16 years old at the time of the accident. I remember the newspapers questioning if it would be safe to eat elk meat (the local version of MAD Magazine jokingly talked about BecquerElks), but that is about it. Stockholm, where I live, is not one of the areas that was affected and I think I never understood the seriousness of the issue. For me, visiting Chernobyl had more to do with my interest in weird travel locations. 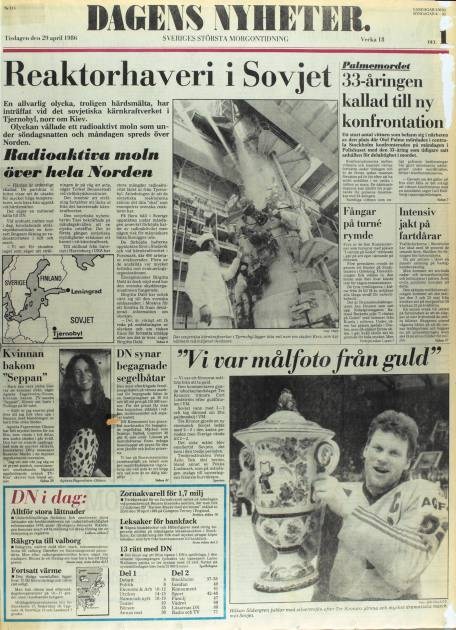 Before leaving for Chernobyl, I dug up my old copy of Arkady and Boris Strugatsky’s Roadside Picnic. For those of you that haven’t read it, the narrative of the book concern a visit from aliens to earth which causes a huge area to become affected. Strange lifeforms start to move around, the laws of nature seem to change and there are strange artifacts left that both governments and independents want to claim. The UN cordons off the area, saying that all items should be given to a specially created institute, but scavengers still sneak into the area to steal artifacts and sell to the highest bidders. These scavengers are called Stalkers.

There is no immediate connection between the book and Chernobyl other than a huge restricted zone that ordinary citizens can’t visit and where the earth itself has become poisonous. But in 1987, an Ukrainian game, S.T.A.L.K.E.R, was made based on the Strugatskys’ book and instead of letting aliens be the reason for the zone, they moved the narrative to Chernobyl in an alternative reality were a second explosion in the reactor made a much larger area toxic and caused strange mutations in animals. I only played the game a few times, but the feeling of it stayed with me. So I packed my book, thinking I was cool who remembered this connection.

Little did I know. 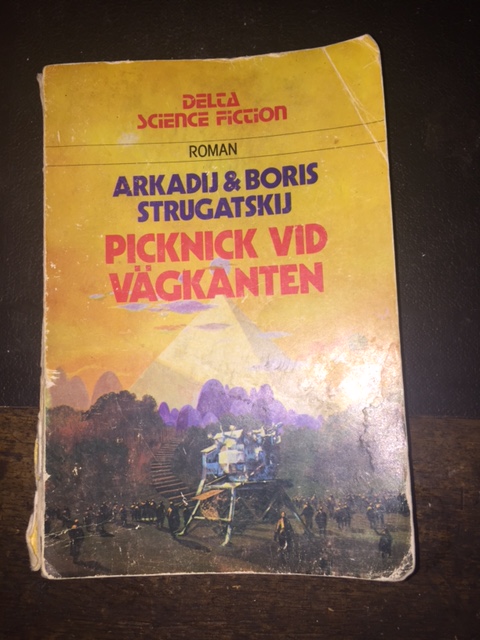 My Swedish translation of Roadside Picnic.

Chernobyl is a city around two hours from Kiev. It used to be inhabited by 14,000 citizens before the accident, but they were all evacuated. Now, somewhere between one-third and half of the houses have been made functional again and house around 5,000 workers who are still involved in the aftermath of the accident, nearly 30 years after it took place. It is placed around 15 km away from the nuclear reactor. Closer to the reactor is the ghost town of Pripyat. It used to house 50,000 people, who were all evacuated in around three hours. They only had one hour to gather a few of their belongings and were told that they would be able to return later on. This never happened. Between Pripyat and Chernobyl there are smaller houses that are being reclaimed by nature. Some of them are visible from the road during winter time, but during summer they are completely hidden by trees and leaves.

Radiation is patchy depending on fallout. There are hot spots, sometimes just a few meters wide, were radiation starts to climb and caused our Geiger counters to start screaming. Other places are quite safe. When going on a guided tour, you are strictly forbidden to enter forests or walk outside of the road. Nuclear dust still covers the area. You have to have clothing that covers both arms and legs. You are not allowed to eat or drink outside and before entering the canteen or leaving the zone, you are checked for radiation to see that you are safe. But those are the rules for us mundanes.

These do not apply to the Stalkers. 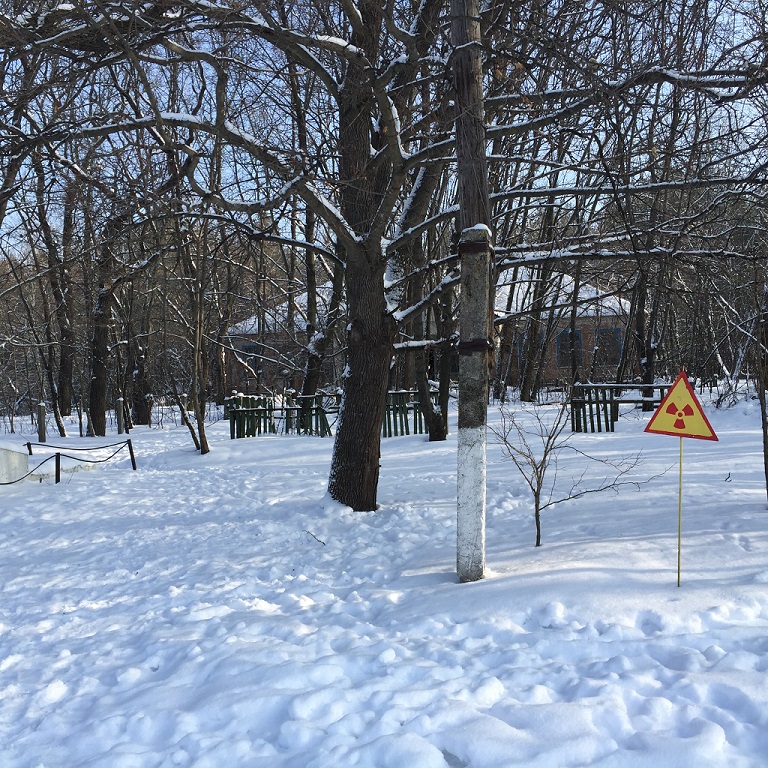 Old kindergarten near the town of Chernobyl.

There have always been tours available for scientists and journalists. But for the general public, nothing like that was available until official tours started in 2011. What no one really counted on was the enormous amount of interest the game S.T.A.L.K.E.R would create. Suddenly there were a lot of people who became interested in the area, wanted to visit, but found no legal ways. Thus were the Stalkers created. And there were many kinds of them. Some who only were after the thrills of doing something they weren’t allowed to. Classic youth rebellion. Others started to create their own tours for visitors. Plunderers had existed since the evacuation, and also poachers. As nature has started to reclaim the houses, so has wildlife. Boars, wild horses, dogs, wolves, bears and more. And all of them named from Strugatsky’s book.

In an article from 2015, Slate Magazine tracks down this subculture. Much like in the book, they have to sneak past police patrols and ever-increasing security. They have to navigate in a toxic environment where eating and drinking by itself is poisonous. The effect is not immediate as cancer can take decades to develop, so they often ignore the basic safety precautions, drinking from the rivers and pools. As in the book, they bring home artifacts plundered in the zone which in itself makes the radiation spread. They are shot at, have to avoid dangerous creatures in form of wild life that may have taken shelter in deserted building. They sometimes make up small installations for tourists or put up things they find interesting on walls.

When my guide first started to talk about the Stalkers, I got a weird sense of déjà vu. I was walking around in areas I had seen both in the S.T.A.L.K.E.R game and in other computer games as Call of Duty and Counter Strikes. It is officially forbidden to walk inside buildings, but it is hard to hide during winter time where tracks can be seen in the snow where people have walked. Looking inside a building showed how realistic the Fallout games really are. When windows are broken and the interiors are subjected to winds, cold and snow, walls and floors start to crack. This together with people plundering what others had left behind made me feel like a cross between a Stalker and the lone wanderer of Fallout 4, trying to adjust to a new reality after the catastrophe. For a comparison between the different games covering Chernobyl and reality, see this nice article on Atlas Obscura. 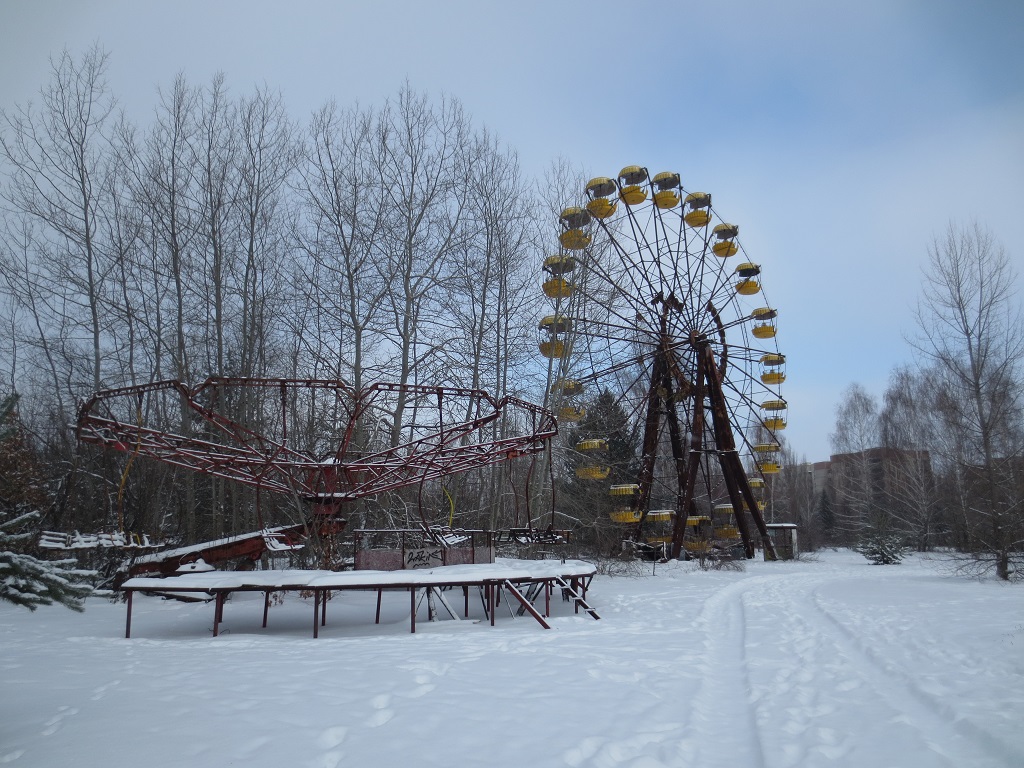 Ferris Wheel displayed in all games based on Chernobyl.

It is also possible to visit a missile base around three hours drive from Kiev. It is a scary place to visit in how it reminds you of Dr. Strangelove. Not only is there a bomb of the same type as the one that is dropped in the movie placed in the courtyard (that tourists straddle for nice touristy photos, preferable with a cowboy hat in one hand). We were also told that the nuclear weapons there, with a power of in total 500 times larger than the bomb dropped on Hiroshima, was connected to an automatic warning system for automatic deployment of the bomb. The Perimeter system was a system that analyzed data from a difference of factors as radiation, seismic activity and atmospheric pressure. If the system judged that a nuclear strike had occurred in Soviet Union, it would automatically deploy all existing nuclear missiles, bypassing any human decision making. It was in fact the doomsday machine from Dr. Strangelove. 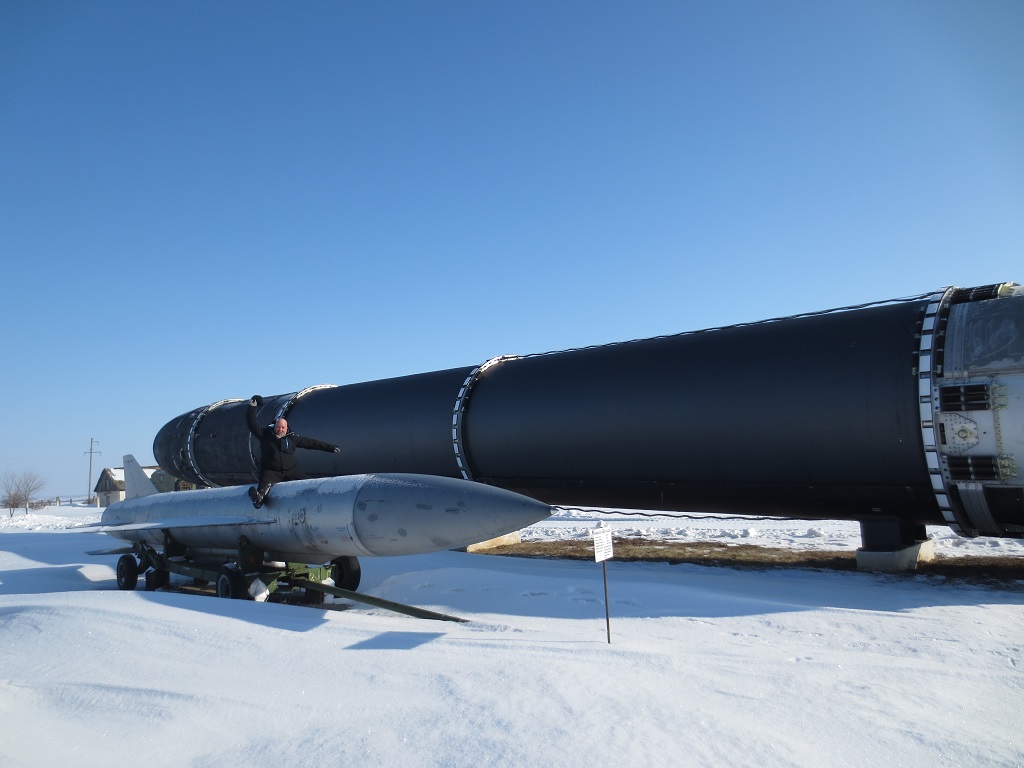 A vile filer and wretched soul, riding the bomb. In the background, an SS-18 missile that was destined for US.

It is one thing to read in articles about nuclear accidents and missiles. It is quite a different thing to see this in reality. To understand the real persons involved. In this I must applaud the museums of both the missile base and the Chernobyl (placed in Kiev). Both of them took care to tell the stories of individuals and how they were affected. The people who suffered radiation sickness, had to leave their homes for ever, died to try to save hundreds of thousands of others or who had to sit in a small tiny room for days upon days, waiting for a signal that might start a nuclear war. It was a humbling experience and, as both my guides said, a scary tale of the folly of humanity.

But it was the stuff of great Science Fiction.