Warning! This article contains spoilers for the latest episode of Star Trek: Discovery. Read at your own risk!

Star Trek: Discovery continued its Mirror Universe story arc on “The Wolf Inside,” and there were many reveals that surprised both Michael Burnham and fans of the entire franchise. Among other reveals, Star Trek fans got to see Mirror Sarek, who had a stylin’ goatee much like his son, Mirror Spock. The nod to the classic Star Trek episode “Mirror, Mirror” definitely didn’t escape fans, but there was one additional crazy reference that might have. The episode revealed that Mirror Spock, like Original Series Spock, also went against his father’s wishes, but in a way some fans should be thinking hard about….

As noted in an earlier entry, Star Trek: Discovery has multiple starships with “spore drive,” a displacement-activated propulsion system that utilizes an organic mycelial network that exists throughout the universe in a subspace mycelial plane.

By integrating tardigrade DNA into a human host, the USS Discovery was able to use this genetically-modified “navigator” to successfully traverse the mycelial network and enable the ship to move across great distances instantaneously.

It’s curious, then, that the spore drive has never been mentioned anywhere else in the 50-plus years of Star Trek, even as a failed experiment….

“We worked on the original ‘Beverly Hills 90210,’” she told IndieWire, “And somebody was going to die or not going to die, and his attitude came back down that he didn’t want the person to die and I was like, ‘Why? Come on, that’s life!’”

TVLINE | Let’s start at the end, with the Enterprise reveal. What kind of storytelling avenues does that open up for you in Season 2?
AARON HARBERTS | I think one of the biggest things it’s going to allow us to do is start to develop how Discovery fits into canon. One of the big things that’s been polarizing for fans is, “We’ve never heard about Discovery! How does it fit? She’s related to Spock?” All those things. And what it’ll allow us to do is hit that straight-on. We see it as an exciting opportunity to say, “This is exactly how Discovery fits into the timeline. This is exactly how we can reconcile the choices we have made.” Because at this period in time, the Discovery and the Enterprise are the crown jewels in the fleet, so they should be face-to-face.

The “Star Trek” franchise has spent a lot of time developing concepts about alien physiology across its many shows and movies, but one longtime fan theory about Klingon sexual anatomy has never been confirmed. That is, until Sunday night’s “Star Trek: Discovery” season finale.

“Star Trek” shows like “The Next Generation” and “Voyager” have established that Klingons evolved numerous anatomical redundancies, including two livers, an eight-chambered heart, and two stomachs. Unsurprisingly, science fiction fans being what they are, Trekkers have long speculated that this means Klingons have two of everything. Yes, we mean speculated that they have two penises.

According to “DS9” showrunner Ira Steven Behr, the writers initially tried to make the show similar to other “Trek” series, but the results were not satisfying. Behr and David Zappone are co-directors of the documentary “What We Left Behind: Looking Back at ‘Star Trek: Deep Space Nine.’” The film, currently in post-production at Paramount, marks the series’ 25th anniversary and is slated for release in summer, 2018.

“We tried all these different types of things and none of them really seemed to work,” says Behr. “The standalone episodes just kind of bored the hell out of us for the most part. We were struggling. Then the episode that seemed to work at the end of season one had the double whammy of ‘Duet’ and ‘In the Hands of the Prophets.’ So by the end of season one, I felt that I had a handle on what the strength of this show was, which was building on this complicated backstory [creators] Michael [Piller] and Rick [Berman] had given the show.”

On December 8, news broke that Tarantino was in talks with Paramount Pictures to direct a new, potentially hardcore Star Trek project. Since then, the in-development film has purportedly hired Revenant scribe Mark L. Smith to write the script. And Frakes has one big reminder for the Tarantino project, should it actually materialize.

“Don’t forget the heart,” Frakes told Inverse in a phone interview. “Before you eat it, don’t forget the heart!” Though Frakes’s Star Trek: First Contact was considered a pretty brutal Trek movie when it was released in 1996, it still contains perhaps some of the most heartwarming scenes of hope and friendship in any Star Trek story ever. The Vulcans made contact with the human race, Picard learned to let go of his Captain Ahab rage, and Data admitted he only thought about betraying the Enterprise for like half a second. 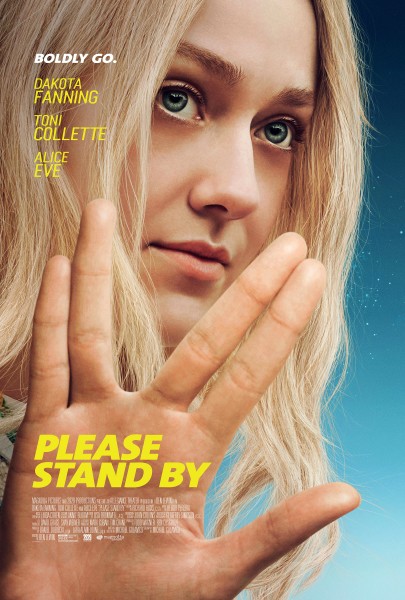 The paper’s author, a biologist for 30 years and a fan of “Star Trek,” wrote up a research paper based on the “Voyager” episode. He submitted it to 10 open-access journals known or suspected of charging authors publication fees without providing the editorial services associated with legitimate journals, such as careful peer review and vetting of the paper’s claims. Four accepted it, though only one, the American Research Journal of Biosciences, published the paper.