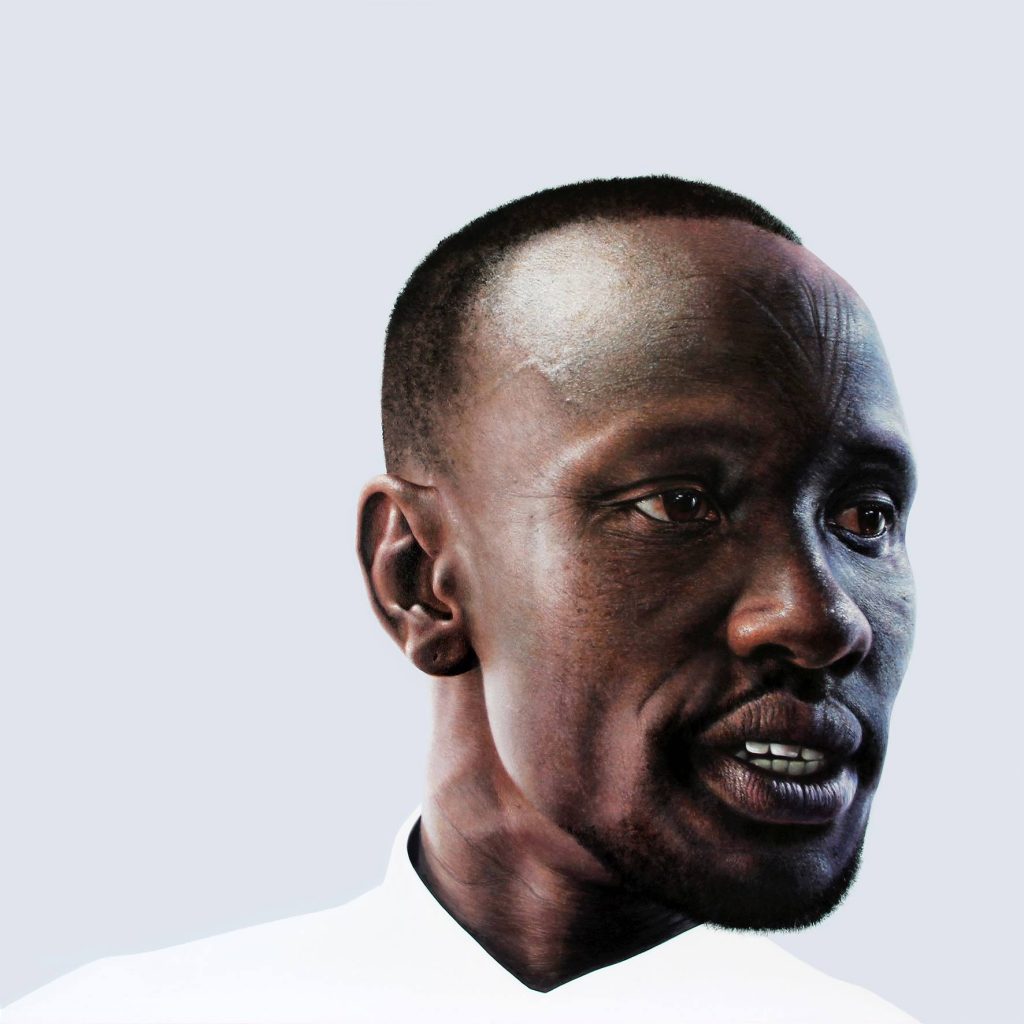 The Black Swan Prize is a set of three cash awards for portrait art associated with the City of Perth’s showcase at the Art Gallery of Western Australia. The People’s Choice Prize is determined by popular vote.

Stathopoulos is a long-time fan, 10-time winner of the Australian NatCon’s Ditmar Award, and a past Hugo and Chesley Award nominee.

His previous portrait of Deng Adut was a runner-up for the 2016 Archibald Prize.

See other Black Swan prize-winning art at the link. 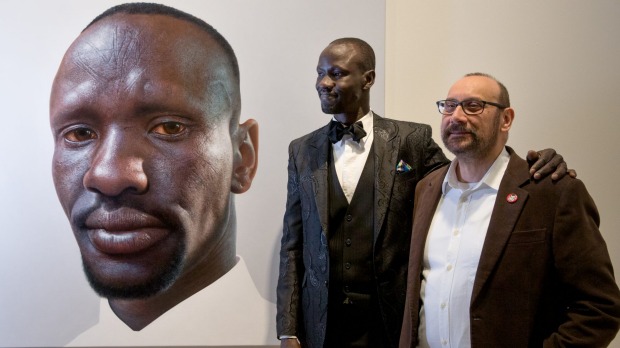 Ault and Stathopoulos with Archibald entry in 2016.