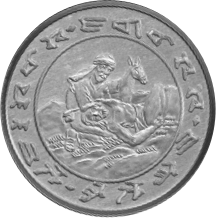 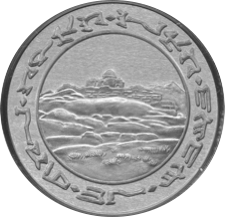 Steve Stiles‘ dramatic new artwork is unlike any he’s done before.

He writes: “Ages ago I was commissioned (thanks to the efforts of Michael Dobson and his contacts in the Lutheran Church) to design a medal, intended to further the cause of peace, for the Samaritan community in Israel. Recently it was finally cast and Shimon Peres has agreed to accept this Samaritan Medal Sunday, February 17 at the President’s House in Tel Aviv.”

The Samaritan Medal for Peace and Humanitarian Achievement is awarded for distinguished service, the only one of various Samaritan medals actually awarded by the original Samaritan people of Israel.

The Medal is made of pure silver, two inches in diameter, with a scene from the parable of the Good Samaritan on the front, and the sacred Mount Gerizim on the reverse.

Steve Stiles has worked in virtually every medium, from comic strips to modern abstracts, but this is his first medal design. He is a frequent Hugo Award nominee, and a past winner of the FAAn Award and the Rotsler Award.