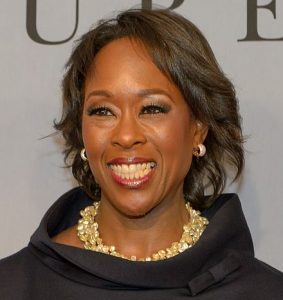 By John Hertz: (reprinted from Vanamonde 1237)  Perhaps the book many of us were reading for Black History Month [February in the U.S.] was Margot Lee Shetterly’s Hidden Figures (2016).  More accurately, if less poetic, the figures weren’t so much hidden as unrecognized: vital mathematics, and black women mathematicians, in the work of the United States National Aeronautics & Space Administration, and its predecessor the Nat’l Advisory Committee for Aeronautics, from World War II aircraft production through the Space program.

Since much of the work was at Langley Research Center, Hampton, Virginia, it was done in the teeth of race and sex prejudice.  If you were black, or a woman, or both, mathematics was not for you.  You were discouraged from starting it; regardless of interest and ability, discouraged from pursuing it; regardless of achievement, thwarted from a career in it.  Employers who needed mathematicians turned away from you.  You might be hired as a schoolteacher.

Shetterly focusses on four black women who did it anyway, Christine Darden, Mary Jackson, Katherine Johnson, Dorothy Vaughan.  There were dozens more, maybe a hundred.  Johnson inter alia verifying the calculations for John Glenn’s orbit of the Earth in 1962 eventually received the Medal of Freedom; Darden got a doctorate in mechanical engineering; Jackson became manager of the Federal Women’s Program at Langley; Vaughan was appointed to head Langley’s West Area Computers, which then meant people, later machines, that computed.  Shetterly in 2013 founded the Human Computer Project to archive the work of all such women during the early days of NACA and NASA.

Hidden Figures took six years.  In the NASA technical-reports database she could see the progression of aeronautical research and development from the 1920s.  At the National Archive she might find some cardboard box that had obviously gotten wet and nobody had looked at since 1946.  Her 265 pages are followed by five pages of acknowledgments, forty-five of notes; her bibliography starts with ten archives and thirty-three personal interviews.  Her father was a Langley research scientist, her mother was an English professor at historically black Hampton University.  Jackson worked three years for Shetterly’s father.  “As a child,” says Shetterly, “I knew so many African Americans working in science, math, and engineering that I thought that’s just what black folks did” (p. xiii).  By 1984, only 2% of all U.S. engineers were black — but 8% of all NASA engineers.

“This is not science fiction” opens Chapter 17.  Shetterly is quoting President Eisen­hower’s preface to a 1958 Introduction to Outer Space by his Advisory Committee on Science.  Six chapters later she is with Star Trek.  At the end of its first television season in 1967 Nichelle Nichols, who played communications officer Lt. Uhura, turned in her resignation so she could go back to acting on Broadway.  That weekend during a civil-rights fund­raiser she was asked to meet her greatest fan — Dr. Martin Luther King, Jr.  “It was the only show that he and his wife, Coretta, allowed their children to watch, and he never missed an episode….  ‘You can’t leave the show,’ King said to Nichols.  ‘We are there because you are there….  This is a unique role that brings to life what we are marching for: equality’” (p. 243).  Nichols stayed.

I can hardly rejoice at either of these views, that “the reverie of space travel” is “the purview of novelists and eccentrics” (p. 175 — what a conjunction!), or that social significance is our merit.  We have, I’ve argued, been poisoned as much by one as the other.  A more pervasive sor­row of this book is that it’s full of clinkers.  The next sentence after the eccentrics is “The only thing that rivaled Americans’ fear of the Soviet Union’s incipient prowess in the heavens was their wounded pride,” with its off-key incipient prowess, erring reference of their to heavens, false metaphor of wounded pride rivaling fear.  Two pages later, with alas much in between, is a “three-dimensional Cartesian plane”.  But as Eugene McDaniels sang in 1967, “Try to make it real — compared to what?”  In the circumstances these are minor.  The author is an archeologist, and a good one.

3 thoughts on “Submitted for Your Consideration”