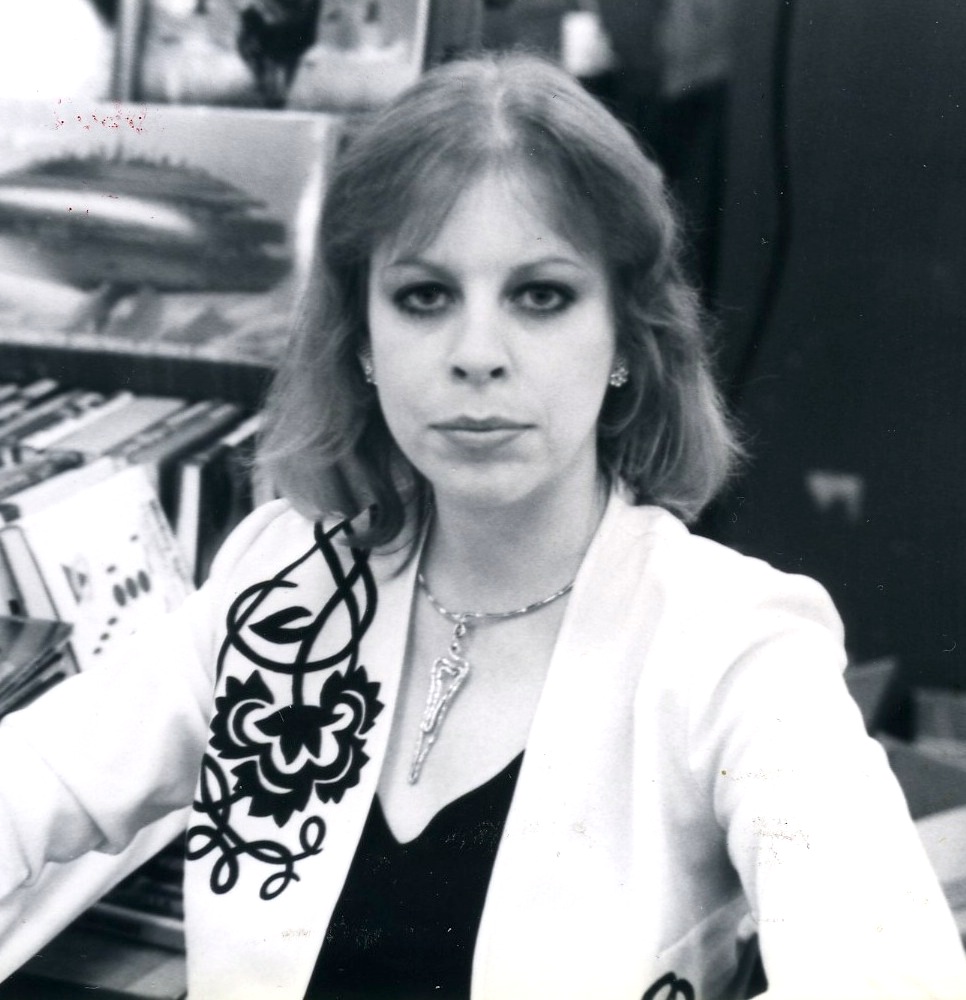 Tanith Lee. Photo by and copyright © Andrew I. Porter

Tanith Lee, renowned British sf, horror and fantasy author, passed away May 24. She was 67.

Lee published over 90 novels and 300 short stories. She also wrote two episodes Blake’s 7 for the BBC.

Her first professional sale was “Eustace,” a 90 word vignette which appeared in The Ninth Pan Book Of Horror Stories (1968), edited by Herbert van Thal. That same year, a friend set in type one of her early short stories as an experiment with his printing press. According to Lee “there were about six copies” of the resulting book, titled The Betrothed. A copy was sent to the British Museum, which caused it to be listed in the British Museum General Catalogue Of Printed Books to the consternation of future collectors and bibliographers…