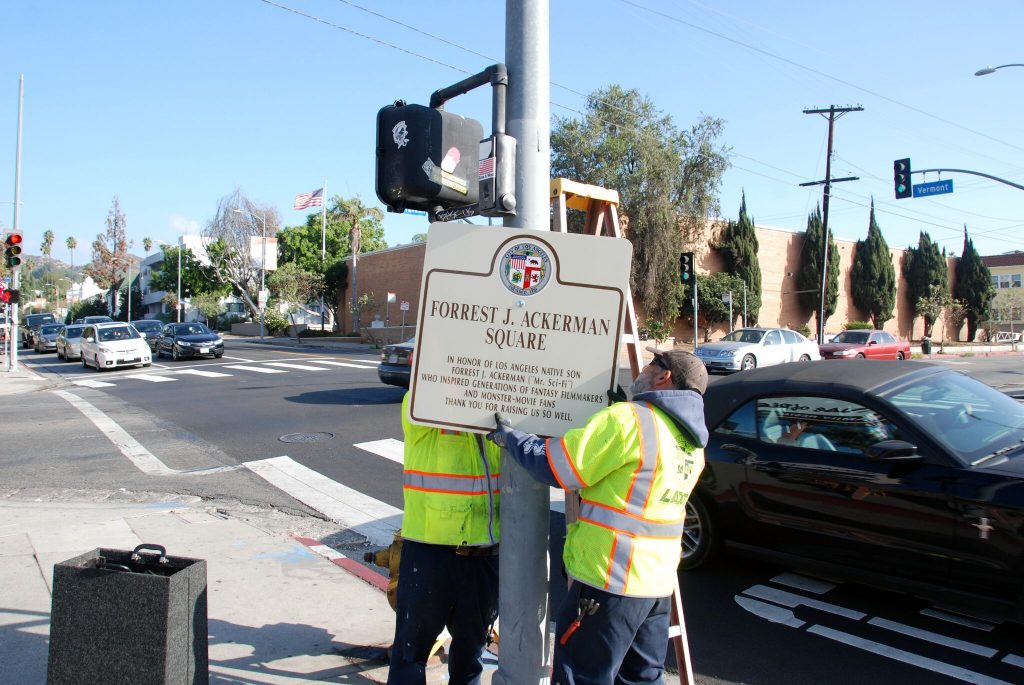 By John Hertz: When I passed a storefront bearing a sign “Esperanto Inc.”, I knew it would be a good day for remembering Forrest J Ackerman (1916-2008).

If he were reading over my shoulder he might say “But Esperan-Test was Roy Test [1921-2009].”  Maybe he is.  They were among the happy few who in 1934 founded the Los Angeles Science Fantasy Society, oldest SF club on Earth.  Roy’s mother Wanda was the secretary; Forry called her minutes Thrilling Wanda Stories.  In an inspired pun he called SF fandom the Imagi-Nation.

Eventually we recognized as First Fandom all those who had been active at least as early as the first World Science Fiction Convention in 1939.  Forry’s first published letter was in Science Wonder Quarterly ten years earlier.

On November 17, 2016, the City of Los Angeles, as advertised, declared the four corners of Franklin & Vermont Aves. to be Forrest J Ackerman Square.  This was in District 4; Councilman David Ryu was there.  The ceremony was on the southeast corner, in front of Forry’s beloved House of Pies restaurant.  When he had to give up the Ackermansion on Glendower Ave. his real-estate agent was told “Get me something within a half-mile radius of the House of Pies”, and did.  Another Ackermiracle. 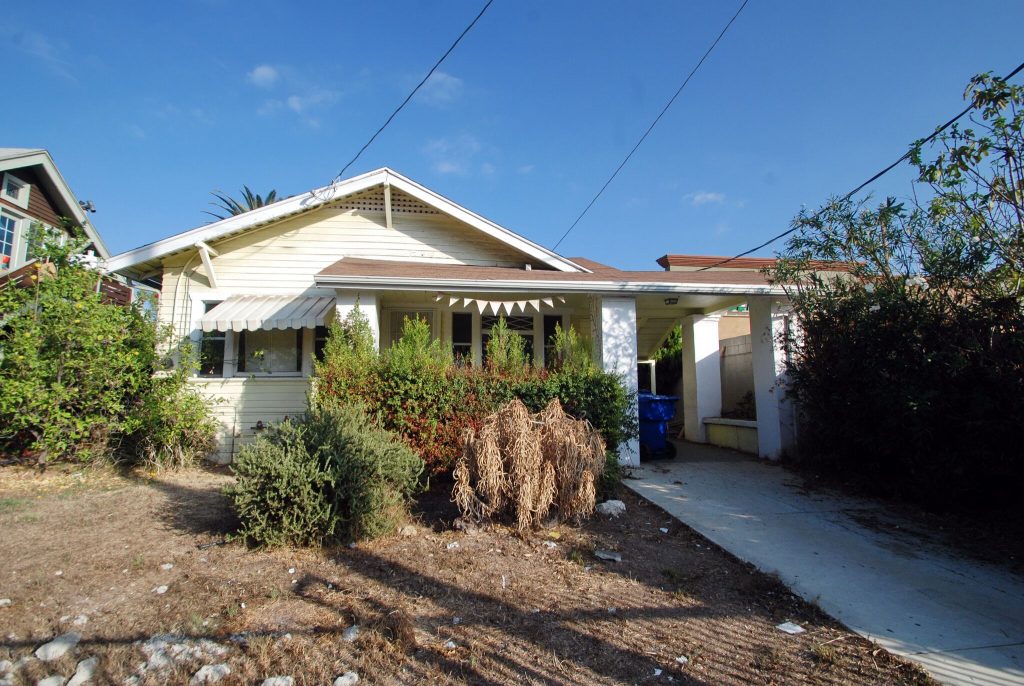 The City’s placards acknowledged 4e as “Mr. Sci-Fi”; he had coined sci-fi when high-fidelity audio recording was new and people talked of hi-fi.  He knew but was unconvinced by the sorrow some of us came to feel at the scornful use of his expression in the mass media.  His attitude might have been Don’t fight them, embrace them.  I never discussed it with him.  He wasn’t a fighter, he was a lover.

I also never discussed what he knew of Owen Glendower.

I was merely the first, by no means the only, person to remind Ryu’s staff there was no period after the J.  Forry had gone to court making that his legal name.  Replacement placards were promptly promised.  A deputy showed me the Council resolution had written it right. 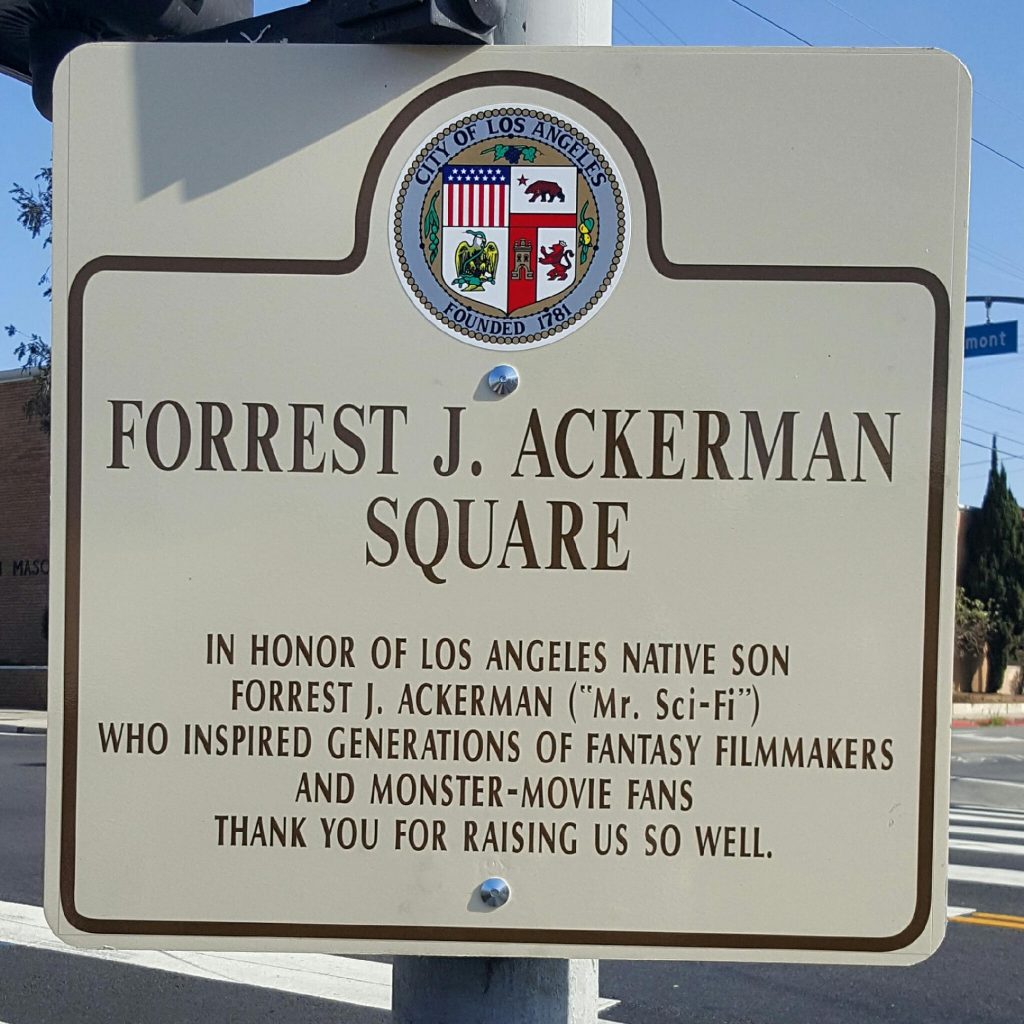 Most of the sixty standing on the corner, and all the speakers, knew Uncle Forry as the Ackermonster, for twenty years editor, writer, chief cook and bottle-washer, and blithe spirit of Famous Monsters of Filmland.  They spoke of his generosity — which he certainly had — and his turning focus from the stars to people behind the camera, make-up artists, technicians.  They thanked him for inspiring them to become professionals and to achieve recognition.

Some of the Ackerman devotees on hand for the dedication. Photo by Michael Locke.

Half a dozen from LASFS were there too, including two on the board of directors and a former president.  No one had invited us to speak, nor indeed to attend; we came because we were willing and able (must be both) and it seemed the fannish thing to do. 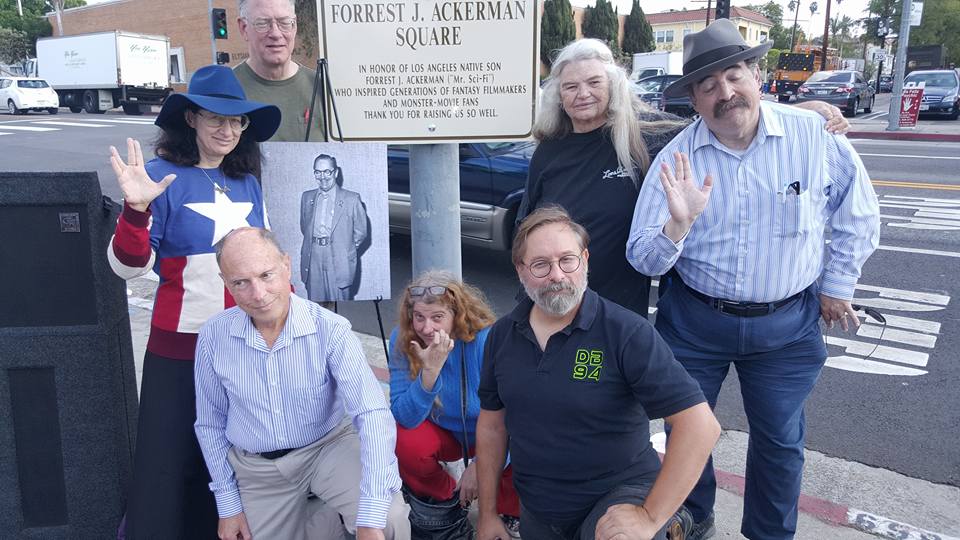 It’s a proud and lonely thing to be a fan.  I’m not surprised that commercial science-fiction conventions run to six-figure numbers while our local Loscon draws a thousand.  The difference is in the participation.  Not much mental voltage is needed to imagine people must be either buyers or sellers.

Some fans do turn pro; if willing and able, why not?  Some pros develop careers as fans.  Some people are active as both.  Forry was.  But as Patrick Nielsen Hayden says, and he should know, in our community fandom is not a junior varsity for prodom. 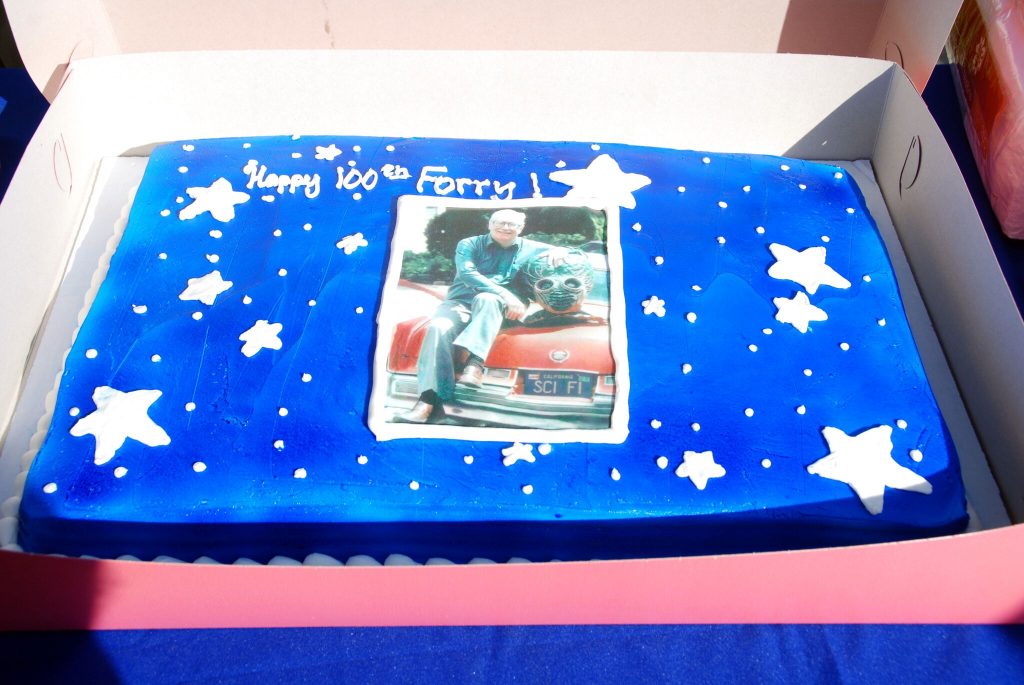 And there was cake. Photo by Michael Locke.

Forry’s hundredth birthday will be in a few days, November 24th.  Buy a book — or write one.  See a movie — or take part in one.  Send a letter of comment to a prozine — or a fanzine (since you’re here in Electronicland you might as well know, and you may already, that you can find some fanzines electronically.)

Visit fans in another country, in person or by phone or mail.  Forry did all those.  To him it was all good. 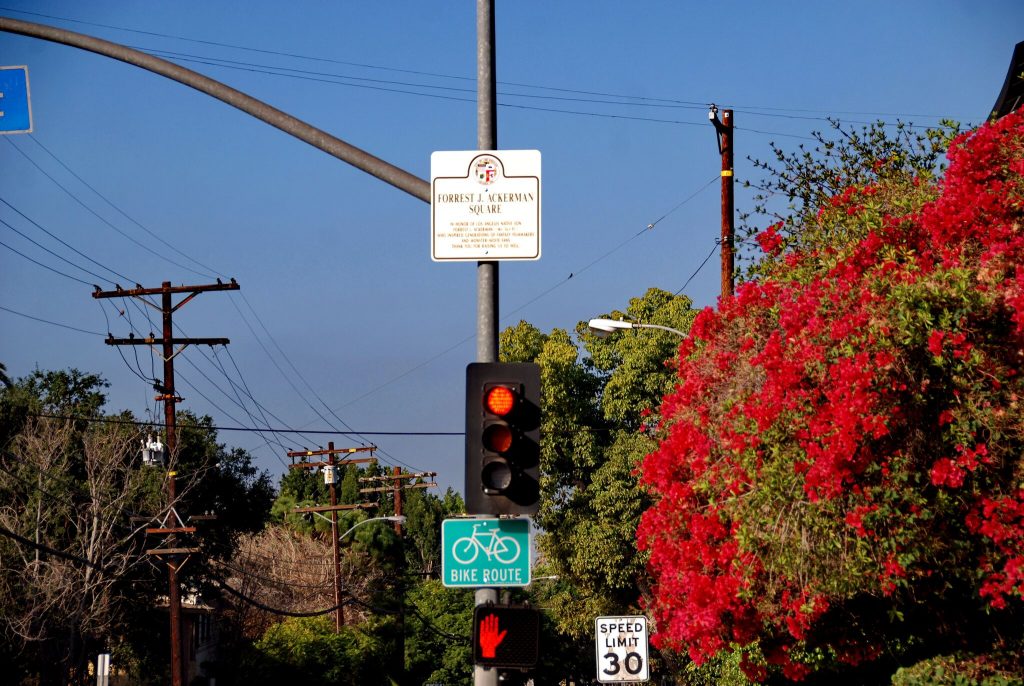 8 thoughts on “This Was the Forrest Primeval”