The 50th Anniversary of the original Twilight Zone was celebrated December 12 at Mystery & Imagination Bookshop in Glendale, CA: 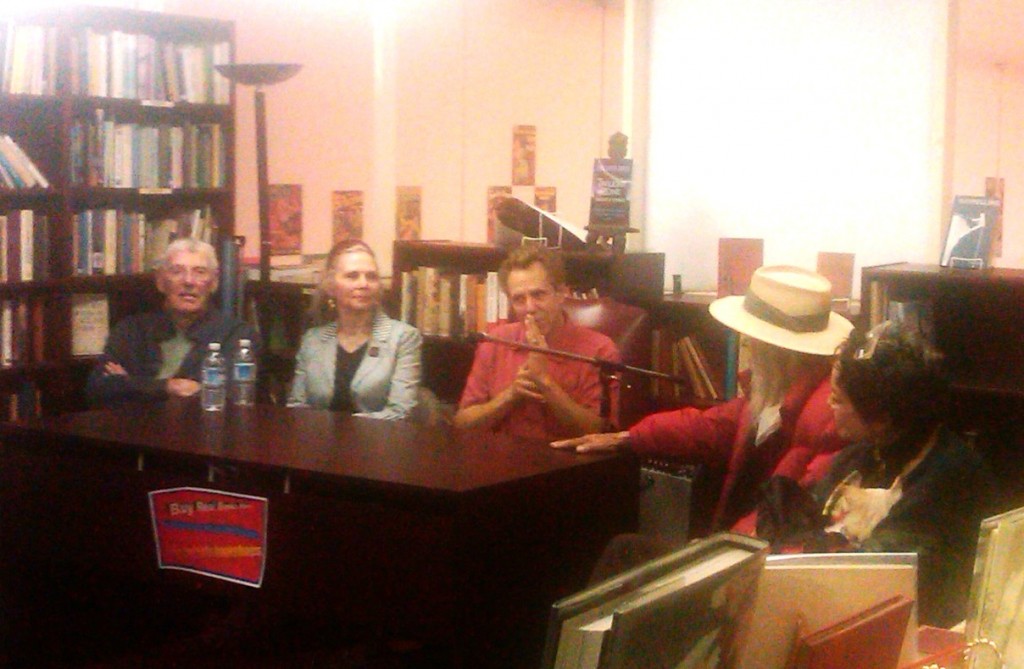 By John King Tarpinian: Sunday was the first of what portents to be a number of Twilight Zone get together events.  It was an afternoon of praise for Rod Serling and all he has done for the little screen.

At this first event was (left to right in photo):

Robert Butler (who directed George Takei in the Twilight Zone episode “The Encounter”) He has a long list of directing credits that cannot due justice him so I suggest you do an IMDB search.

Renee Aubry, who was in “Sounds and Silences,” directed by Richard Donner.  She was also in the movie Gypsy.

Marc Zicree, author of the Twilight Zone Companion was our moderator.  He is probably the foremost authority on the Twilight Zone.  Marc has the distinction of interviewing surviving people from their related TZ episodes for the still unfolding Blu-Ray editions of the TZ.

George Clayton Johnson, if readers don’t know who George is by now there is something wrong…

Arlene Martell was in two Twilight Zones with her scene stealing line being, “Room for one more, Honey” in the episode titled “Twenty-Two.”  She also is most famous for having played T’Pring, Spock’s betrothed in Star Trek and played the love interest to Robert Culp in the Outer Limits, “The Demon with a Glass Hand”…written by Harlan Ellison.