An airliner unexpectedly comes in for a landing 20 years in the passengers’ future. What is life like in the year 2037? What technologies and innovations are driving the changes that have happened?

Leading sf authors have written point-of-view stories telling what the 22 passengers discovered when they deplaned in future San Francisco. And the XPRIZE Foundation and Japan’s ANA airline are inviting the public to write the story of the passenger in seat 14C, with the winner receiving a $10,000 prize package, including a trip to Japan, and an Honorary Membership on the acclaimed Science Fiction Advisory Council.

Your short story is a first-person account of the passenger seated in 14C aboard ANA Flight #008. What does this person experience as they arrive in 2037 and explore a changed world? How has emerging (or not-yet-invented) technology altered society for the better, and how does your character discover and interact with this technology?

We are hopeful for our future, and we ask that your story creatively weaves technology and culture, envisioning an optimistic and exciting future for mankind.

Gregory Benford’s story about the passenger in Seat 01A, “A Surprise Beginning,” is first in the sequence. I asked him how he got involved.

Kathryn Cramer called, pitched the idea. I found it fun. So wrote the story in two days, including some physics twists, with me as the protag.

Fun!–the main point of writing. Of course I intend to be here in 20 years, age 96, so I just filled in the blanks. (The chopper from SFO to Lafayette BTW existed when I was there in 1970 — very handy!) I folded in some general relativity to explain the premise too. Rilly terrif idea! 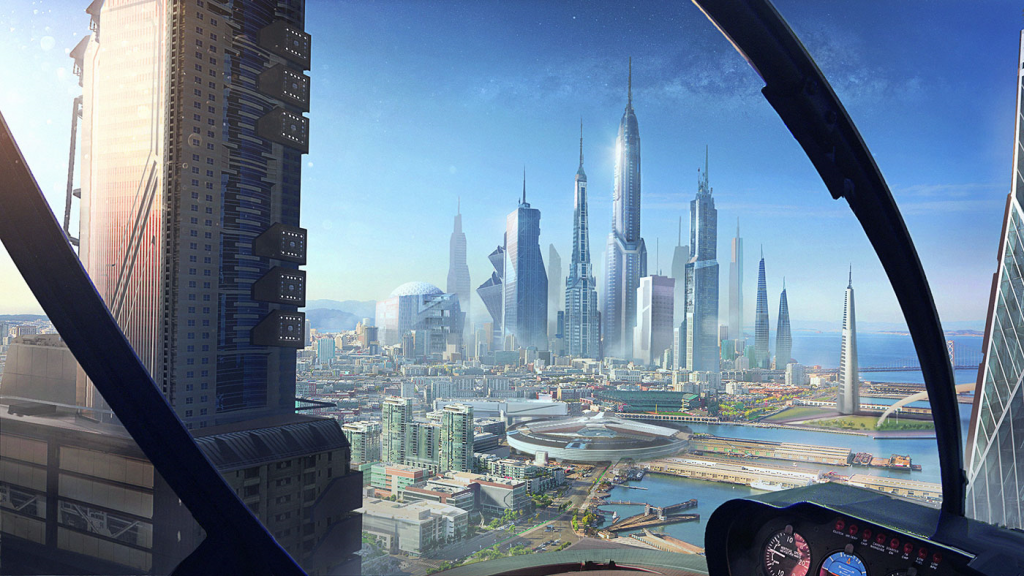 Charles Yu, author of How to Live Safely in a Science Fictional Universe, and a member of the Council, told WIRED:

For speculative fiction writers, that’s the enterprise: to spend time in impossible worlds, and map those possibilities onto the real world. Because we don’t have the knowledge to know what can’t be done, that can lead into possibilities that you otherwise wouldn’t have gotten to.

Here is the orientation video and a list of the first 22 stories (all available online.)

Technology, politics and the culture wars beset many of the passengers in 2037, such as the one who visits a bookstore in Mike Resnick’s “A New Reality,” while others get a serious dose of what used to be called “future shock,” as in Charlie Jane Anders “Trapped in the Bathroom!”, a thought-provoking story of a passenger’s encounter with near-future lavatory technology.

It’s an irresistible collection of tales, and the contest winner will need a powerful imagination to fly in the company of these authors.

[Thanks to John King Tarpinian, Mike Kennedy, and Cat Eldridge for the story.]