(1) PREMIO MINOTAURO. Nieve en Marte (Snow on Mars), a science fiction novel written by Pablo Tébar, is the winner of the 2017 Minotauro Award, Spain’s literary award for the best unpublished SF, fantasy or horror novel. The prize is worth 6,000 Euros.

The novel earned the unanimous vote of the Minotauro Award Jury, this year composed of writers Javier Sierra and Manel Loureiro, the Director of the Sitges – International Fantastic Film Festival of Catalonia, Ángel Sala, movie producer Adrián Guerra and the editor in chief of Ediciones Minotauro publishing house, Marcela Serras.

This is the fourteenth year that the International Fantastic and Science Fiction Literature Award has been presented by Ediciones Minotauro. (Hat tip to Europa SF.)

(2) AT THE LANGUAGE FOUNDRY. Editor Joe Stech says from now on he’s calling what his magazine publishes “Plausible Science Fiction”.

I was at convention yesterday and heard a panel discussion about the old “hard vs. soft” science fiction debate. I realized while listening that there is a huge amount of baggage that people associate with the term “hard science fiction,” and that by using it when I describe the focus of Compelling Science Fiction I may be conveying something different than intended. Because of this, I’m going to start using a different term when talking about what sub-genre Compelling Science Fiction focuses on: “plausible science fiction.” The word “plausible” is still ambiguous, but I believe it doesn’t have all the semantic cruft that has built up over the decades around “hard.” We will no longer reference “hard science fiction” when describing our magazine, even though what we look for in stories is not changing.

“Plausible science fiction,” in this context, means “science fiction that tries not to disrupt suspension of disbelief for people that have knowledge of science and engineering.” This can mean not blatantly contradicting our current knowledge of the universe, and it can also mean not blatantly ignoring how humans generally behave. It also means internal self-consistency….

(3) STORY TIME. LeVar Burton reads to you — in the intro he says he’ll pick short stories from a lot of genres, including his favorite, science fiction — on the Levar Burton podcast.

(4) COMPLETELY MAD,  I TELL YOU. Dorothy Grant at Mad Genius Club lets a “friend” explain the best strategies for not selling books in  “How to Successfully not Market your Book: Or Doing it All Wrong (Almost) By Alma Boykin”

Alma Boykin here. I have been successfully getting in my own way and not marketing (fiction) books since December 2012. In the process, I’ve managed to make pretty much every mistake you can do as an indie author, bar one. Dorothy Grant, Cedar Sanderson, and others have written a lot about how to market your books and stories. So here’s a quick guide on how to successfully not market your book, thus ensuring that only the most selective, discriminating, or lucky readers will ever find it. …

(5) SUMMER READING. The Verge says “Here are 16 books coming out this month that you should also check out”, beginning with —

Greg Egan is known for some spectacular science fiction novels in recent years, and his latest looks pretty out there. It’s set in a strange universe where light can’t travel in every direction. Its inhabitants can only face and travel in one direction: east. Otherwise, they’ll get distorted across the landscape. A surveyor named Seth joins an expedition to the edge of inhabitable space, where they discover an unimaginable fissure in the world — one that will stop the ongoing migration of its inhabitants. The only way forward is down, to try and find a way to save everyone.

(6) THE WORST FORM OF GOVERNMENT, AFTER ALL THE REST. David Langford has made a belated addition to the July Ansible – a copy of “the tasty General Election campaign flyer from a candidate in our area.” Well worth a look.

(7) COME TO THE FAIR. Also thieved from Ansible, this item about Ken McLeod’s slate of events at the Edinburgh International Book Fair.

World UFO Day was organized by WorldUFODay.com in 2001, and was put together to bring together enthusiasts of UFO’s and the evidence they’ve all gathered to support their existence. …Many of them believe they already have arrived, and anyone who knows anything about UFO’s is aware of the stories of abductions and what is seen as the seminal event in UFO history, the crash at Roswell. While they believe that the governments of the world are presently hiding this information from the populace, this in no way discourages believers from continuing to search for the truth they’re certain is out there.

(9) TALKING FOR DOLLARS. The truth may be out there, but the number of people looking for it seems to be declining. Consider this report from The Register, cleaning up after the latest mess: “Shock: NASA denies secret child sex slave cannibal colony on Mars”.

On Thursday, one of President Trump’s favorite talking heads, Alex Jones, interviewed ex-CIA officer Robert David Steele during his radio show. Steele made some astonishing – think nuttier than squirrel crap – allegations of NASA covering up that humankind already has an outpost on the Mars. And that the alien world was red not just with oxidized iron dust but with the spilled blood of innocent youngsters snatched off the street and shipped into outer space.

“We actually believe that there is a colony on Mars that is populated by children who were kidnapped and sent into space on a 20-year ride. So that once they get to Mars they have no alternative but to be slaves on the Mars colony,” Steele claimed. How exactly they are still children after 20 years of space travel wasn’t, funnily enough, explained.

…”There are no humans on Mars yet,” NASA spokesman Guy Webster told El Reg last night, presumably restraining himself from adding” “I can’t believe I have to answer this kind of stuff.” 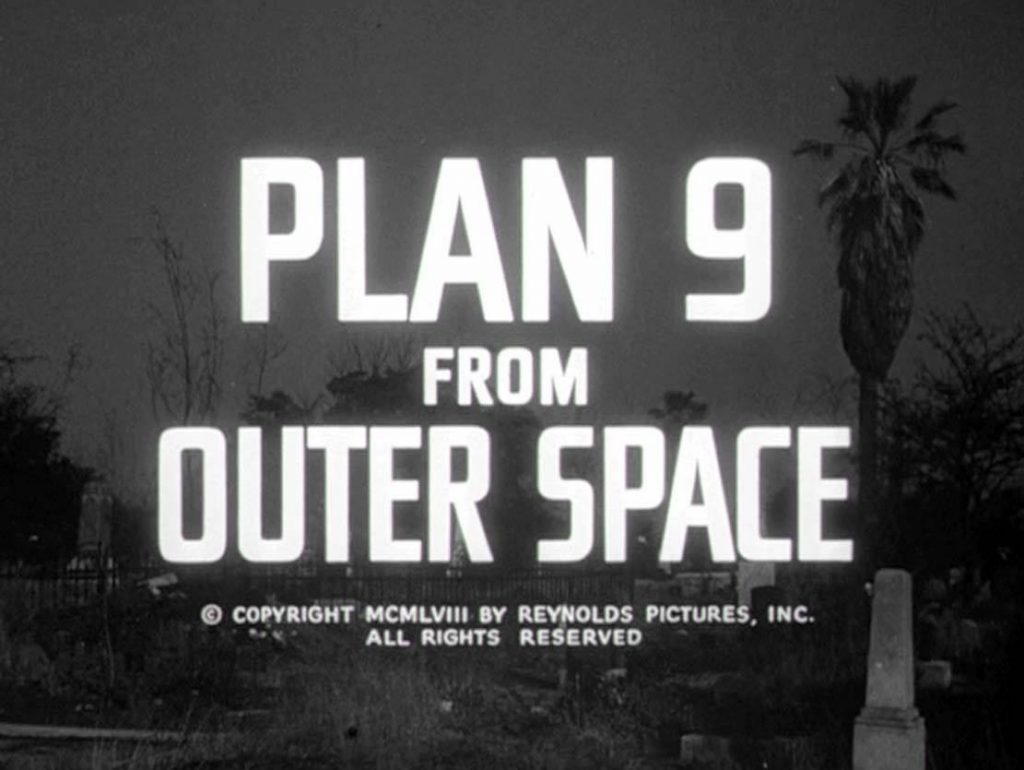 (11) SAVE THE BOOKS. History will be rewritten – if it’s not destroyed first. See The Guardian’s book review, “The Book Smugglers of Timbuktu by Charlie English review – how precious manuscripts were saved”.

For African historians, the realisation during the late 1990s of the full scale of Timbuktu’s intellectual heritage was the equivalent of the discovery of the Dead Sea Scrolls for scholars of Judaism in the 1950s. When the African American academic Henry Louis Gates Jr visited Timbuktu in 1997 he actually burst into tears at the discovery of the extraordinary literary riches. He had always taught his Harvard students that “there was no written history in Africa, that it was all oral. Now that he had seen these manuscripts, everything had changed.”

Yet with the coming of al-Qaida, there was now a widespread fear that this huge treasure trove, the study of which had only just begun, could go the way of the Baghdad, Kabul or Palmyra museums, or the Bamiyan Buddhas. Before long, efforts began to smuggle the most important of the manuscripts out of Timbuktu and to somehow get them to safety in Bamako, the capital of Mali. The story of how this was done forms the narrative backbone of The Book Smugglers of Timbuktu, which consequently reads like a sort of Schindler’s list for medieval African manuscripts, “a modern day folk tale that proved irresistible, with such resonant, universal themes of good versus evil, books versus guns, fanatics versus moderates”.

(12) JUST THE FACTS. How well will you do on the Guardian’s twentieth anniversary “Harry Potter quiz: 20 years, 20 questions”?

It’s exactly two decades since the first of JK Rowling’s books was published. Try our Nastily Exhausting Wizarding Test to see how much you have learned since then.

I got 8/20, which is better than I usually do on internet quizzes.

(13) NO JUSTICE. There’s a reason CBS never greenlighted its Justice League series, even if it did include the Green Lantern. ScreenRant says, actually, there are fifteen reaons why…. “15 Things The Unseen Justice League TV Pilot Got Wrong”.

You’d be hard pressed to find a comics or cinema fan not aware of the highly anticipated Justice League film due this November. What many of these fans might not know is that this is actually the second attempt at adapting DC Comics premiere super team – with the feature-length pilot for a CBS Justice League of America TV series pre-dating it by a whole decade!

The reason why most people are oblivious when it comes to the Justice League pilot is simple: it never aired in the United States (although it did see the light of day on some international networks). The rationale behind the CBS executives’ decision to bury the pilot is even simpler: it’s… uh, not very good (like, at all).

The worst of all was its –

Another “surprisingly ahead of its time” aspect of the Justice League pilot gone horribly wrong is its inclusion of mockumentary-style, to-camera interviews intercut through the episode.

Ever since The Office popularized the mockumentary format in TV comedy, there have been plenty of imitators with little interest in accurately simulating its “real-world” mechanics (looking at you, Modern Family). But way before any of these – heck, before The Office itself! – the Justice League pilot was completely throwing any sense of verisimilitude out the window entirely!

Think about it: who is filming these interviews? How come they know our heroes secret identities? Why isn’t the rest of the show shot like a documentary? These questions and more immediately come to mind as soon as the first interview cut-away rolls around, but those looking for answers shouldn’t get their hopes up.

(14) EVERY VOTE A SURPRISE. Tpi’s Reading Diary shares “My Hugo award votes 2017 part 1: novellas” and says Seanan McGuire’s story is in first place on his ballot.

Every Heart a Doorway by Seanan McGuire Young teenagers, mostly girls, have gone to alternative worlds where they felt at home. The alternative worlds are mostly different, some are fantasy lands, others are based on logic, some are based on some kind of horror motive, and so on. In the most cases, the youths felt at home on those worlds. For some reason, some of them have been cast out. Time has moved at a different rate for them in many cases. It might have been years in our world and their parents assumed that their children had been abducted/run out and are most likely dead. The relationships between the children and their parents are usually very strained – and usually they were strained even before the youths went away. The victims are gathered to a special school, which is run by an old woman who herself had the same fate as a teenager. She looks middle-aged but is possibly much older. A young girl goes to the school. Soon other pupils start to die – gruesomely. The other pupils naturally first have some suspicion toward the new pupil, especially as she comes from a world where death himself is an important figure. A pretty good story with a new look at what Alice in Wonderland and Narnia (according to the novella, Lewis didn’t really know anything, he just used stories he had heard – badly) might actually mean. A nice and interesting story, with unusual characters and excellent writing.

(15) WHATEVER. Two tweets make a post – is that a metric thing? John Scalzi and Dan Wells make merry on the last day of a con — “In Which I Trespass Against Dan Wells at Denver Comic Con, and He Exacts His Fitting Revenge, a Tale Told in Two Tweets”.

(16) BAD TO THE BONE. BBC Trending gleefully explains “Why coders are battling to be the… worst” —

Why have computer programmers on Reddit been battling it out to make volume control as bad as possible?

[Thanks to JJ, Cat Eldridge, Cheryl S., John King Tarpinian, Joe Stech, and David Langford for some of these stories. Title credit goes to File 770 contributing editor of the day Kurt Busiek.]