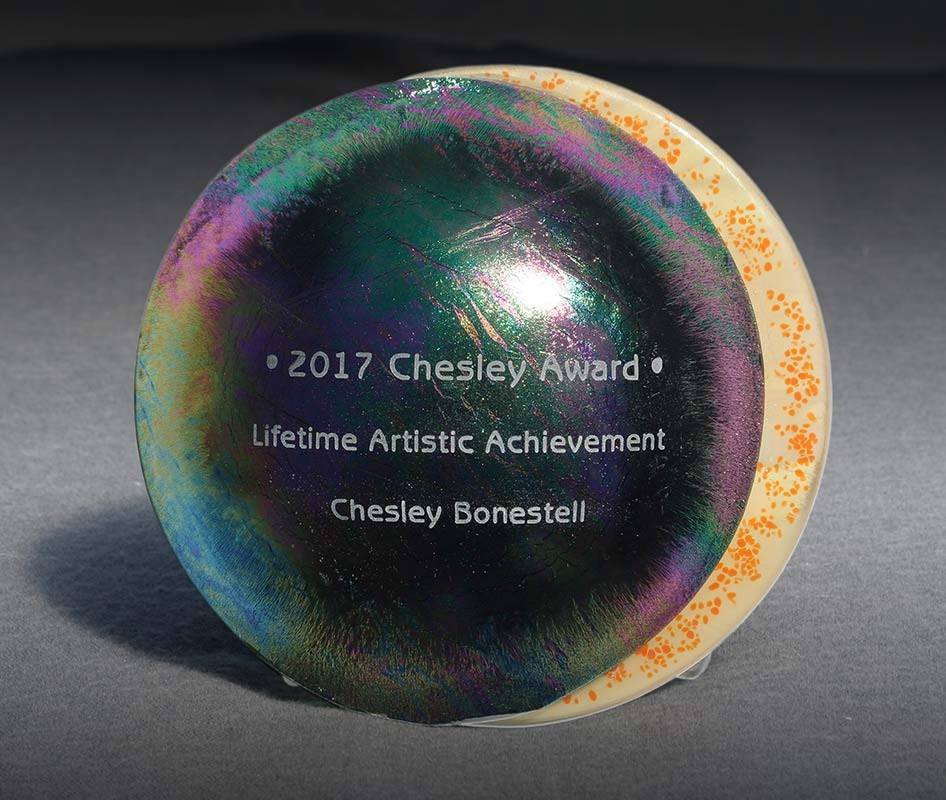 The Association of Science Fiction & Fantasy Artists presented the 33rd annual ASFA awards, the Chesleys, at Worldcon 76 in San Jose on August 17.

Note that each category has a link to an album with images of the finalists.

The Chesley Awards were established in 1985 as ASFA’s peer awards to recognize individual works and achievements not otherwise recognized by the Hugo Awards, during a given year. The Chesleys were initially called the ASFA Awards, but were later renamed to honor famed astronomical artist Chesley Bonestell after his death in 1986. The awards are usually presented annually at the World Science Fiction Convention or at the North American Science Fiction Convention when the Worldcon is held outside of North America.

The Chesleys have long been internationally acclaimed as the most prestigious awards in the field of fantastic arts. These awards are nominated and decided upon by the members of the Association of Science Fiction and Fantasy Artists.

[Thanks to Sara Felix for the story.]