Jon Del Arroz announced on his blog he is “Leaving The Area For The Weekend” [Internet Archive link]. However, he says his protest event at the San Jose Convention Center outside Worldcon 76 “is still on.”

Unfortunately, due to family health reasons, I’ll be unable to attend further Worldcon related events this weekend. I have to leave the area because of the heavy smoke and bad air quality. Health takes priority.

The protest against pedophilia is still on, and will be happening from 1-4 PM tomorrow (Saturday) and there’s expected to be a sizeable turnout. They have my full support… 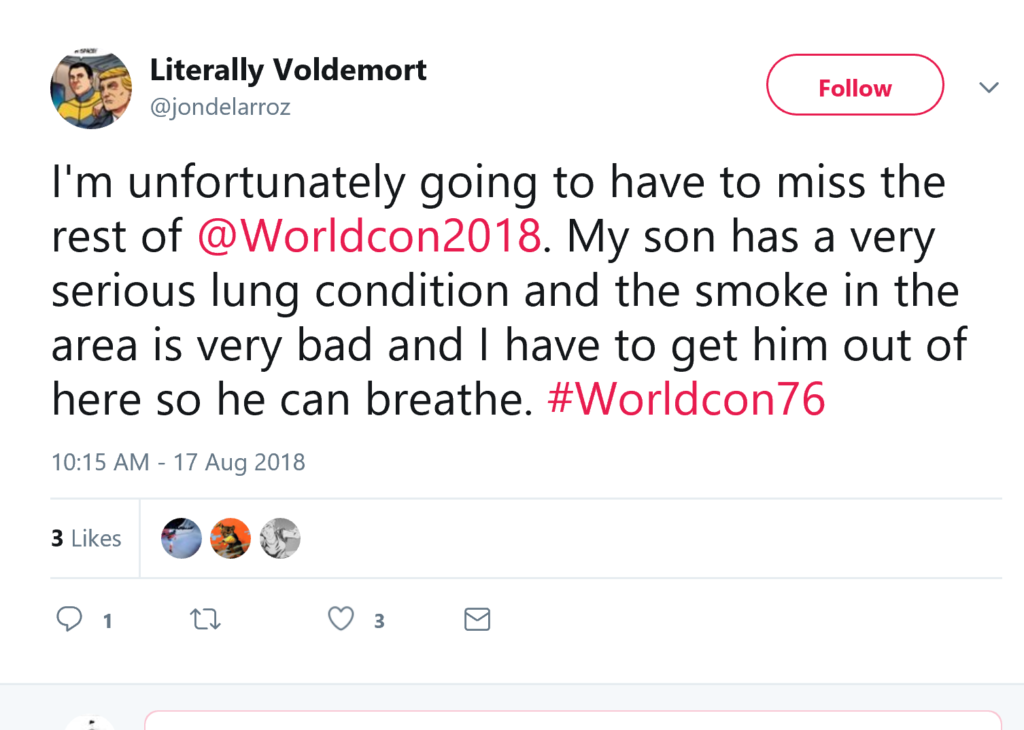 Erin Sith’s Twitter account has no reaction and the announcement of tomorrow’s event is still a pinned Tweet. Indeed, just half an hour ago the “San Jose National March Against Far-Left Violence” added a Facebook comment to its event to encourage people to turn out.

The counter-protest, “No Hate in San Jose,” also posted on Facebook this afternoon, a FAQ about their reasons for being present tomorrow

(For more information, see “Worldcon 76 Response to Protests Planned Outside SJCC on August 18”)

Update: Corrected to show JDA’s tweet from this morning.