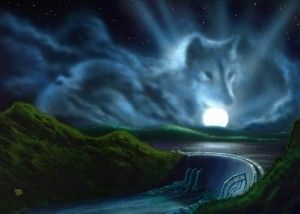 Amazing Stories has published an except from Douglas Smith’s forthcoming novel The Wolf at the End of the World — four chapters, over 9,000 words.

Set in modern day Northern Canada, The Wolf at the End of the World is an urban fantasy incorporating First Nations mythology. With an introduction by World Fantasy Award winner, Charles de Lint, the book will appeal to fans of de Lint and Neil Gaiman. In it, a shapeshifter hero battles ancient spirits, a covert government agency, and his own dark past in a race to solve a series of murders that could mean the end of the world.

Smith’s new novel, a sequel to his novelette “Spirit Dance”, will be published this summer.

The Wolf at the End of the World signals Amazing Stories’ return to publishing fiction, the first in a series of excerpts from new works the magazine will post, two per month. Initially, featured works will come from regular contributors to the Amazing Stories Blog.