For those who’ve never attended a theatrical showing of the movie with a crew on stage leading the audience participation, Fox provides this infographic (you’ll need to download and magnify it): 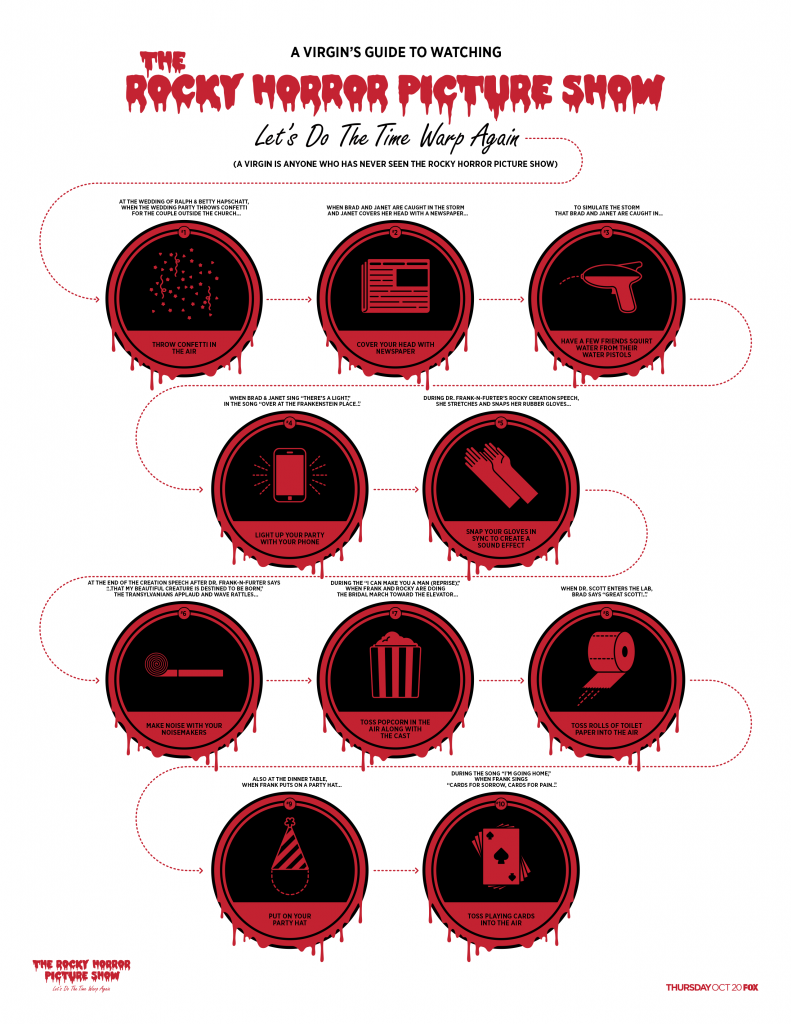 The new production is directed and choreographed by Kenny Ortega, whose credits include Michael Jackson’s comeback show, This Is It.