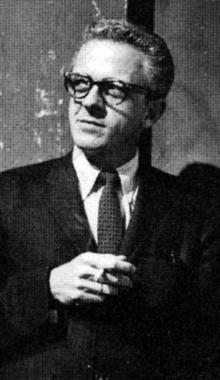 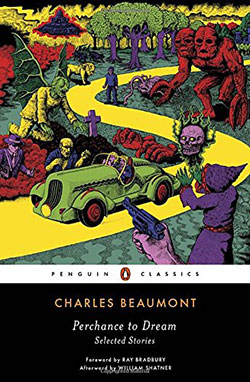 The profoundly original and wildly entertaining short stories of a legendary Twilight Zone writer, with a foreword by Ray Bradbury and an afterword by William Shatner.

It is only natural that Charles Beaumont would make a name for himself crafting scripts for The Twilight Zone—for his was an imagination so limitless it must have emerged from some other dimension. Perchance to Dream contains a selection of Beaumont’s finest stories, including seven that he later adapted for Twilight Zone episodes.

Beaumont dreamed up fantasies so vast and varied they burst through the walls of whatever box might contain them. Supernatural, horror, noir, science fiction, fantasy, pulp, and more: all were equally at home in his wondrous mind. These are stories where lions stalk the plains, classic cars rove the streets, and spacecraft hover just overhead. Here roam musicians, magicians, vampires, monsters, toreros, extraterrestrials, androids, and perhaps even the Devil himself. With dizzying feats of master storytelling and joyously eccentric humor, Beaumont transformed his nightmares and reveries into impeccably crafted stories that leave themselves indelibly stamped upon the walls of the mind. In Beaumont’s hands, nothing is impossible: it all seems plausible, even likely.

“This fresh collection of Beaumont’s weird fiction is rife with fantastical tropes and twist endings…Twist endings get a bad rap in our oh-so-sophisticated millennium, but in Perchance to Dream, they’re in the hands of a master…Throughout the book, Beaumont challenges perception, norms, and our smug reliance on appearances, using supernatural and science-fictional elements to drive home his points — sometimes gently, sometimes jarringly…[Beaumont’s] imagination, as Perchance to Dream amply shows, was more than most writer’s enjoy in the longest of lifetimes.” — NPR