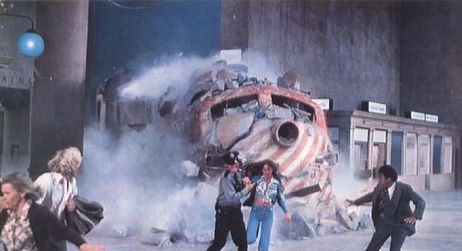 Chi-Fi arrives in Chicago this weekend in its now-accustomed style – as a publicity trainwreck.

Con chair James Dobbs’ acrimonious response to losing two guests in the past 72 hours has attracted far more attention to the developments than they otherwise would have gotten.

Steve Jackson, of Steve Jackson Games, announced March 15 on Twitter that he was pulling out of Chi-Fi for reasons explained on his blog the next day — “due to bad communications and non-payment. If you had hoped to see me at that show, I’m very sorry – but the con chair is no longer returning my calls or mail, I haven’t even been reimbursed for the plane ticket…”

Dobbs’ unprofessional reaction was to immediately publish a copy of Jackson’s agreement with Chi-Fi:

@brradke Here is the agreement he accepted. We were suppose to pay him at the event, we have been emailing each other pic.twitter.com/IwE0q6XmcT

The controversy continued today when Geek Girl Chicago’s Lauren Faits announced she would not appear:

As of this morning, I have canceled my appearance at Chi-Fi. I apologize to my dedicated readers. Full explanation: http://t.co/9gjGgPaRD4

She repeated her announcement in a Geek Girl Chicago post —

I will officially NOT be appearing as a guest at Chi-Fi 2015. I know this decision is late, as the convention is this weekend. The truth is, I was giving Chi-Fi as long as possible to make right. Sadly, the laundry list of communication and compensation issues is too long.

She needed four paragraphs just to outline them…

And Dobbs’ public relations instincts played him false once again, because within a few hours Geek Girl Chicago was airing another grievance —

At this point, Con Chair James Dobbs has attempted to contact ChicagoNow in hopes of bringing down this post. He calls it inflammatory, defaming, and false. I stand by the truthfulness of my work. If anything, James’s arguments have uncovered even more communication and publicity issues within the Chi-Fi organization. At the time of this post, I wished Chi-Fi the best of luck- even without me. Now, I feel James is wasting time censoring bloggers instead of executing his convention. I can no longer recommend this event to my readers.

Toxic publicity has plagued Chi-Fi from the beginning.

As Steve Davidson reported on Amazing Stories (Pushing Fannish Buttons: Chi Fi vs The Westin River North Hotel of Chicago), the inaugural Chi-Fi was called off in January 2014 for reasons calculated to raise fans’ ire, with Dobbs telling a reporter a senior Westin employee had said, “‘Costumed freaks are not in keeping with the reputation’ [of the hotel]” and blaming the cancellation on the Westin’s “non-cooperation, disparagement of the fan community and the questioning of their anti-harassment policy.”

However, Westin management answered that “…it was not about any claimed disparagement, which didn’t happen, or about their anti-harassment policy, which we never objected to in any way only asked whether there was history of problems that necessitated it. It was about economics and a straightforward contract issue. With a short time until the event, very few guest rooms had been booked and we do not allow any group to use the suites as party rooms.”

As it turned out, Chi-Fi 2014 did not stay cancelled. Dobbs found a new home for it at the Palmer House Hilton and salvaged the event by changing it from a weekend convention to a 12-hour Saturday-night fest, which Dobbs glossed as a “mid-flight coordinate correction.”