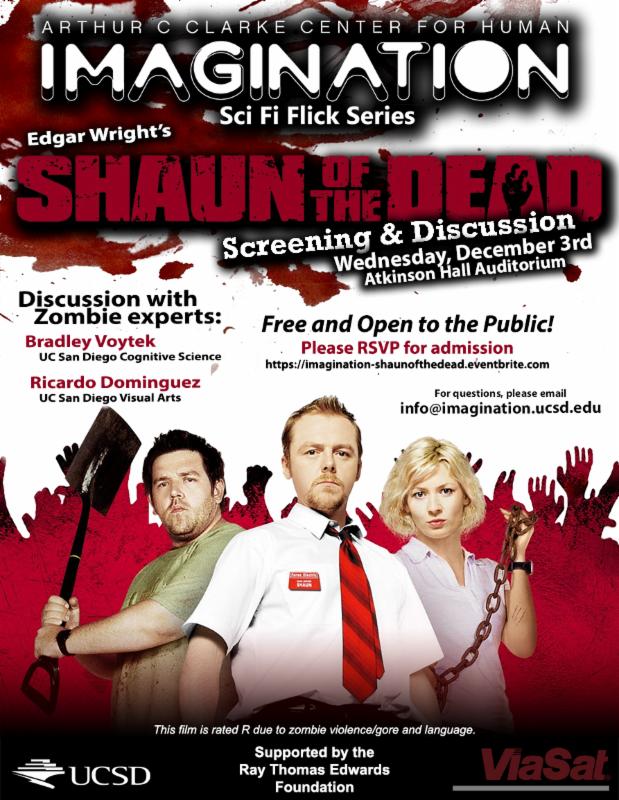 The Arthur C. Clarke Center for Human Imagination will show the zombie comedy film Shaun of the Dead (2004) on December 3.

Before the screening, “Zombie Experts” Bradley Voytek (UC San Diego, Computational Cognitive Science and Neuroscience) and Ricardo Dominguez (UC San Diego, Visual Arts) will discuss the movie. Discussion begins at 6:00 p.m., followed by the film and Q&A. A light reception prior to the event begins at 5:30 p.m.

The free event in UCSD’s Atkinson Auditorium is open to the public but people must RSVP for admission. Click HERE to register.

And just in case you missed the past decade of zombie-infested popular culture, the Clarke Center folks warn that Shaun of the Dead is Rated R for zombie violence/gore and language.