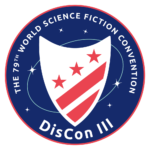 DisCon III emailed members on December 25 about three more positive test results among people who attended last week’s Worldcon, as their COVID response team continues to track contacts after the convention. Overall, twenty-six people have reported positive test results, one of which was a false positive.

Here are links to the earlier reports:

As we move further in time from DisCon III, it becomes increasingly difficult to be certain that any given COVID case was contracted at the convention instead of during post-convention activities. Tomorrow will be our last daily email. We will send another update one week later, but we will generally limit our reporting to tests conducted before 12/26 whose results were delayed in arriving, or to members who were symptomatic before 12/26 but had difficulty obtaining tests.