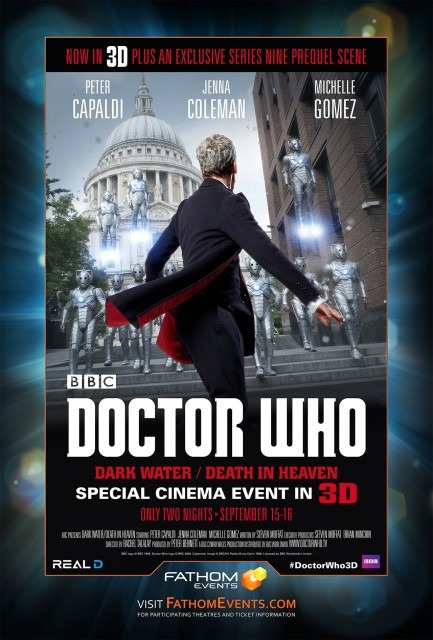 Fathom Events and BBC Worldwide invite fans into their local theaters next week for a reprise of Doctor Who Season 8’s two-part finale, plus the never-before-seen prequel to the Season 9’s first episode.

Around 700 theaters in the U.S. will host broadcasts on September 15 and 16. Buy tickets here.

In this epic two-part finale, the Doctor comes face to face with the mysterious Missy, and an impossible choice is looming. With Cybermen on the streets of London, old friends unite against old enemies, and the Doctor takes to the air in a startling new role.

The Season 8 episodes will be presented in Real D 3D.

6 thoughts on “Doctor Who Season Kickoff in Theaters”