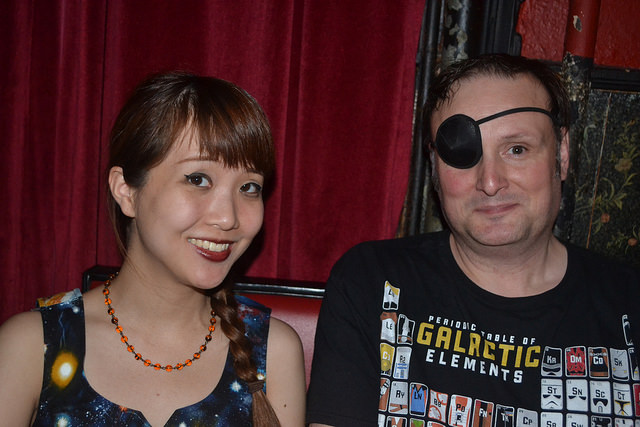 By Mark L. Blackman: On the evening of Wednesday, September 21 – the last day of summer – the monthly Fantastic Fiction Readings Series hosted readings by authors Laird Barron and Alyssa Wong at its venue, the Red Room at the KGB Bar in Manhattan’s East Village. Up a steep flight of stairs to the 2nd-floor, the Bar is made further distinctive by its red walls and Soviet era-themed décor. “It’s one of the truly great venues to read at,” said Barron. The Series, running since the late ’90s, reliably offers stellar lineups, often pairing established authors and up-and-coming newcomers, and readings are always free. (The Bar is a cordial and hospitable host, and the Series’ presenters duly exhort the audience to express gratitude by buying something to drink.)

As traditional, as the room filled, co-host Ellen Datlow swirled through the crowd, taking photos.  (They may be seen on the Series website, http://www.kgbfantasticfiction.org/.)

Series co-host Matthew Kressel welcomed the capacity crowd, and reported on upcoming events in the Series.  Next month’s readers, on October 19th, are Jack Ketchum and Caitlìn R. Kiernan.  Reading on November 16th will be John Langan (who was in attendance) and Kressel himself; on December 21st, Livia Llewellyn and Sarah Pinsker; and on January 18, 2017, Holly Black and Fran Wilde. Concluding, he introduced the evening’s first reader. 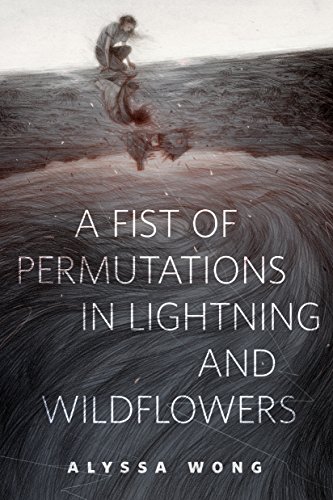 Alyssa Wong’s story, “Hungry Daughters of Starving Mothers,” won the 2015 Nebula Award for Best Short Story, and her work has been shortlisted for the Pushcart Prize, the Bram Stoker Award, the Locus Award, and the Shirley Jackson Award.  The story that she read, “The Clamor of Bones,” was set in San Francisco’s Chinatown.  A “dead-talker,” tasked by the underworld to look for a missing 9-year-old girl, consults the finger bone of a corrupt detective whom she had killed, chopped up and dumped into the Bay.  It seems that he had been retrieved and magically reanimated (though missing bits, rotting and tending to ruin carpets), and been the last one seen with the girl.  Oddly, he seems reluctant to cooperate with his murderer.  Despite its essential ickiness, the story’s macabre humor had the audience laughing. 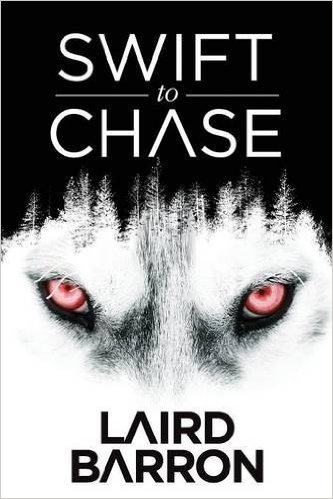 After a break, Datlow introduced the second reader of the night.  Hailing from Alaska (where he raced the Iditarod three times during the early 1990s, and against whose backdrop many of his stories are set), Laird Barron is the author of X’s for Eyes, The Imago Sequence, The Beautiful Thing That Awaits Us All, and the forthcoming (in two weeks) Swift to Chase.  The story that he shared, “The Cyclotron,” appeared in a Canadian anthology riffing on “a famous franchise character” (hint:  his first name is James and there are references to “Double-O” and the British Secret Service), so, for predictable reasons, “may never be reprinted in my lifetime.”  Written in the second-person, the story presents the world-saving agent, past retirement and ill, through his memories of car chases, pointless shootouts, “sequences of horror,” death traps, assassination attempts, and seduction of and betrayal by women (he has had “extensive serious difficulties with women”), under the shadow (or should that be spectre?) of the black-clad Dr. Hemlock.  Recognition of the familiar, hackneyed tropes and their flippant treatment provided chuckles.  (As far as we know, though, no one in the Bar ordered vodka martinis shaken, not stirred.)

Copies of Barron’s X’s for Eyes and The Imago Sequence were for sale at the back of the room from the Word Bookstores of Greenpoint, Brooklyn and Jersey City, while, at the front of the room, Wong had copies of a short horror comic.