I knew I would be offering my subjects a Clarke story at some point, not because he is an old favourite of mine, but because Clarke was name-checked in the Facebook post that inspired Young People Read Old SF.

nobody discovers a lifelong love of science fiction through Asimov, Clarke, and Heinlein anymore, and directing newbies toward the work of those masters is a destructive thing, because the spark won’t happen.

But which Clarke? A White Hart anecdote? (No bar stories in this series … so far). A Meeting with Medusa? His creepy “A Walk in the Dark”? The puritanical “I Remember Babylon”? After considerable dithering, I selected 1951’s “Superiority,” because I thought pretty much everyone has had some worthy endeavour undermined by someone else’s desire to embrace a new shiny, whether it’s a committee member using email options they clearly have not mastered (1) or simply someone who discovers Windows 10 installing itself on their once useful computer. Or, in the case that inspired Clarke, the V2 rocket program that undermined the German war effort….

(2) THE QUESTION. The B&N Sci-Fi & Fantasy Blog couldn’t be more right — “The Biggest Question in Sci-Fi & Fantasy: Series or Standalone?” Aidan Moher and Corrina Lawson take opposite sides in the debate.

… Aidan: Very interesting. I was definitely raised on series and trilogies as I first discovered science fiction and fantasy, and I totally agree that there’s something exciting and comforting for a young reader to know that there are more books just like the one she’s finished reading. As I’ve grown older, though, my tastes have changed quite a bit.

Honestly, I think that downfall you mention is a serious one for me. My time for reading is limited, even more so as I’ve grown older, established a career, and started a family, so I want to know that when I commit to a story, I’m guaranteed some measure of satisfaction by the time I finish it….

Corrina: It’s the time commitment for a stand-alone that gets to me. I have to take that extra time to get used to the style of the book. I’m more likely to enjoy something that is fast-paced in that case, like Chuck Wendig’s Invasive, which really reads more like a movie playing in my head….

(3) MACARTHUR FELLOWS. The 2016 MacArthur Fellows have been named, recipients of the “genius grants.”

The MacArthur Fellowship is a $625,000, no-strings-attached grant for individuals who have shown exceptional creativity in their work and the promise to do more

Here are some of the fellows who are involved in the arts:

And I can’t help noticing how often this particular criterion is used to delegitimize stories as “real” science fiction that by any other measure would more than qualify. It’s not just that the critic doesn’t really like this work, no, sadly the story is just not “really” science fiction, because if you take away the robots and the spaceships and the cloning and the black holes and the aliens and the interstellar civilizations and the fact that it’s set way in the future, well, it’s still a story about people wanting something and struggling to get it. Not really science fiction, see?

(5) SCHEINMAN OBIT. How “The Day the Earth Stood Still” became the impetus for the creation of assembly-line robots. From a New York Times obituary.

Victor Scheinman [1942-2016], who overcame his boyhood nightmares about a science-fiction movie humanoid to build the first successful electrically powered, computer-controlled industrial robot, died on Tuesday in Petrolia, Calif. He was 73.

His brother, Dr. Richard Scheinman, said the cause was complications of heart disease. He said he had been driving his brother to visit Dr. Scheinman’s home in Northern California when he apparently had a heart attack. He lived in Woodside, near Palo Alto, Calif.

Mr. Scheinman was part of Stanford University’s mechanical engineering department when, in 1969, he developed a programmable six-jointed robot that was named the Stanford Arm.

It was adapted by manufacturers to become the leading robot in assembling and spot-welding products, ranging from fuel pumps and windshield wipers for automobiles to inkjet cartridges for printers. Its ability to perform repeatable functions continuously equaled or surpassed that of human workers.

(8) YOUR PATRONUS. “Now Pottermore Lets You Find Out Your Patronus (J.K. Rowling Got a Heron)” – io9 has the story.

The latest feature on Pottermore, the ever-expanding home of Harry Potter content, is a quiz designed by J.K. Rowling to tell you what your Patronus is.

In case you’d forgotten, a Patronus is a spell conjured by a happy memory and the incantation “Expecto patronum!” The Patronus takes the form of a silvery animal that protects against the soul-crushing depression caused by exposure to Dementors.

The test on Pottermore, like all Pottermore quizzes, is multiple choice. Only instead of answering a question, two or three words pop up and you have a short time to click one instinctively. No thoughts needed or wanted.

Some stories have won awards; some have been included in various ‘Year’s Best’ anthologies; some have been well reviewed by critics and readers; and some are simply Ken’s personal favorites. Many of the authors collected here (with the obvious exception of Liu Cixin) belong to the younger generation of ‘rising stars’.

In addition, three essays at the end of the book explore Chinese science fiction. Liu Cixin’s essay, The Worst of All Possible Universes and The Best of All Possible Earths, gives a historical overview of SF in China and situates his own rise to prominence as the premier Chinese author within that context. Chen Qiufan’s The Torn Generation gives the view of a younger generation of authors trying to come to terms with the tumultuous transformations around them. Finally, Xia Jia, who holds the first Ph.D. issued for the study of Chinese SF, asks What Makes Chinese Science Fiction Chinese?.

(10) BANDERSNATCH. Diana Pavlac Glyer’s book about the Inklings, Bandersnatch, was released in January 2016. Here was one of the ads from last year encouraging people to pre-order…. 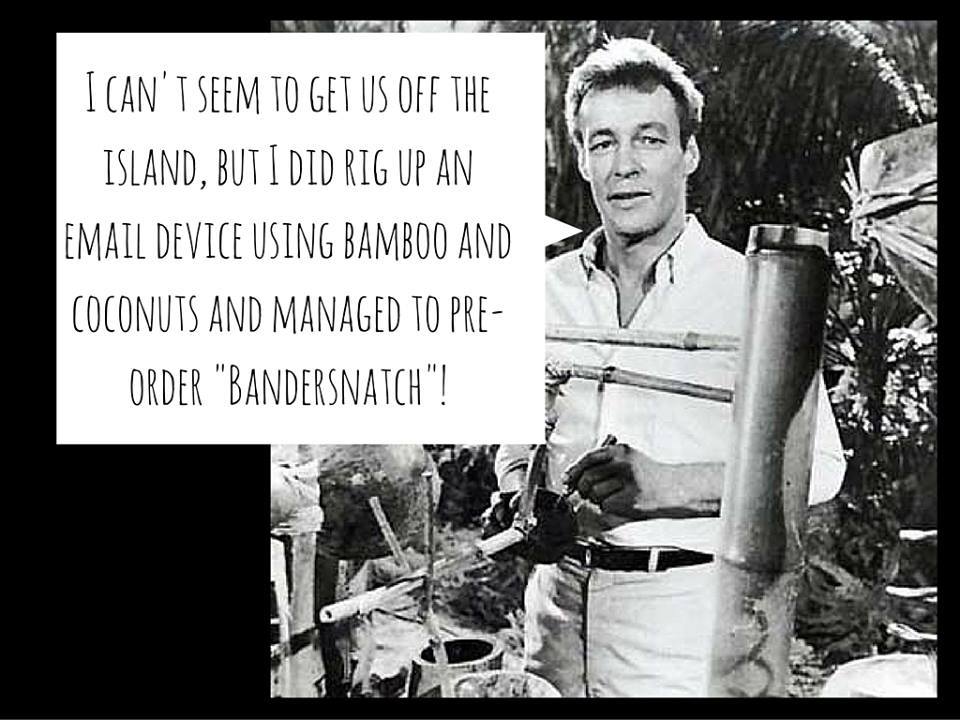 [Thanks to Carl Slaughter, Darrah Chavey, Dawn Incognito, Andrew Porter, and John King Tarpinian for some of these stores. Title credit belongs to File 770 contributing editor of the day Bruce Arthurs.]