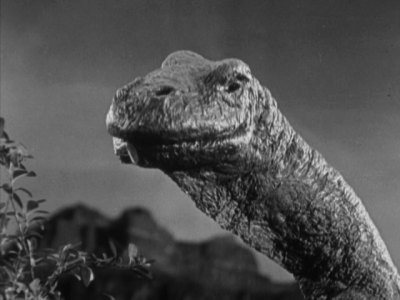 By James H. Burns:  “I couldn’t believe I found myself talking to a dinosaur, Jim,” my father told me, some years ago. “I should have felt silly, but there I was, with this happy Tyrannosaur, saying, ‘Good afternoon, my friend.’ ”

Some people, of course, would have seen the T-Rex as glowering, rather than  with a smile.

My parents had gone to what must have been one of the very first editions of “Dinosaurs Alive,” in 1989, a neat attraction featuring “life-sized” primevals in a natural setting,” moving and roaring in animatronic splendor.

One could actually walk around the dinosaurs.

(My folks saw this “prehistoric park,” at Sand Points, along the  Long Island Sound, in New York — also the site of the magnificent 1923 medieval-styled castle, Falaise.)

My Dad, Hugh — known to almost all by the nickname “Hy” (derived from his original birth-name,  Hyman Birnbaum) — was a retired mechanical engineering professor (at NYU, Polytechnic, and the City College of New York), and a decorated World War II veteran. In other words, he wasn’t necessarily one to be overwhelmed by whimsy, although he certainly embraced that part of his personality.  (If you were there, with the dinosaurs by the woods, you might have seen a rather dignified looking gentleman, about six feet tall — imagine, if you will, Telly Savalas with a grey crewcut, and beard; or, from certain angles, Dean Martin, under similar accoutrements…) 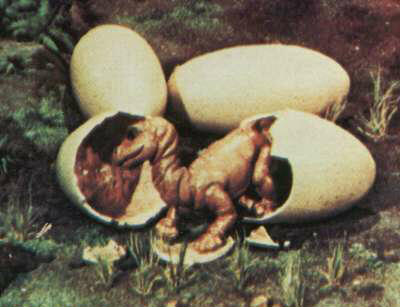 He was also a science fiction guy going back to the golden age of Flash Gordon in the newspapers, and Stanley G. Weinbaum and Jack Williamson (and Astounding and Planet Stories magazines) on the newsstands,  in the 1930s.

He first must have seen dinosaurs come to life in the halcyon era of 1933’s King Kong, probably later in its run, when a movie really could only cost a nickel…

(One of the few easily accessible miracles of the Depression (still the greatest economic calamity to ever face our nation), was that ANY American for the equivalent today of about a buck, could see a cinematic miracle; or for a bit more purchase over one hundred pages of pulp parables; and, for absolutely free, tune into wonder on the radio, with a myriad of adventure serials, comedies, and other entertainment.)

As others have pointed out, has there been a child of the century who wasn’t fascinated by dinosaurs? 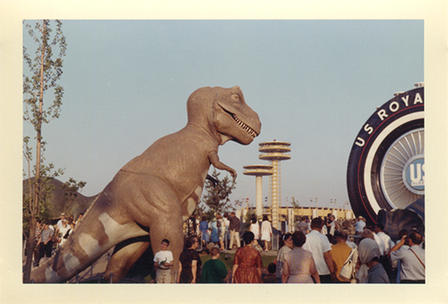 The first dinosaurs we would have shared must have been at the New York World’s Fair in 1965, in Flushing Meadows, Queens (where the baseball Mets still play).  In the second, and final year of that unparalleled spectacular’s existence, we saw Dinoland,  Sinclair Oil’s famous “dinosaur garden.” (A small plastic stegosaurus soon became one of my prized possessions).

But the most stunning experience at the Fair — and a highlight not only of childhood, but of many attendees’ lifetimes — was “The Magic Skyway.”  The Ford Motor Company in collaboration with Walt Disney and associates, fashioned a “ride” where you actually sat in a real car.  The brand new automobile first took you through the distant past — dinosaurs and early man — and then as you went through what felt like a tunnel in time, you were suddenly surrounded by dioramas of the worlds of tomorrow, including a happy future in space.

(For decades before the internet’s inception — and the ability to prove  a veracity of memory — people would doubt my toddler’s reminiscence  that the Ford vehicles first went through a window, and journeyed on a track outside the building, several stories high, in what resembled a glass corridor, before reentering, and commencing this voyage through the eons! 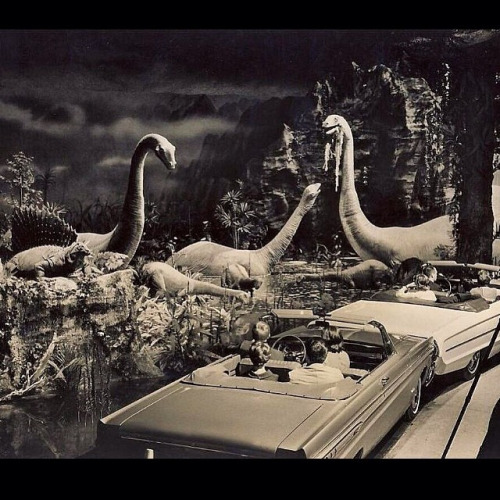 (Memory, of course, can be tricky. My father, beginning in the 1980s, swore that as a three-year old, I insisted that the family wait for a Ford convertible.  But when fact-checking this small memoir, I discovered that every one of the cars used for the exhibition was a convertible.  Perhaps, in 1965, I urged that we should wait for a Mustang, which was debuted at the Fair, a year earlier!)

Sadly, Disney felt that “The Magic Skyway” was too expensive to remount at Disneyland, but some of the dinosaurs were transferred to the park, as well as a reconfigured cave man.  (Certainly, much of the spirit of the Flushing Meadows EXPOSITION  lives on in certain venues at Disney’s EPCOT, in Orlando, Florida.) 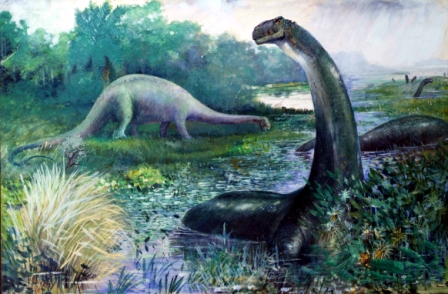 There was also, of course, the Hall of Dinosaurs at New York’s Museum of Natural History, a chamber of awe that my Dad first saw in his own youth.  (There are few places I have been in my life, that seem permeated with such reverence.) And in 1968, on one of my first trips to a movie theatre to see an adult motion picture (as opposed to a “kiddie matinee”), we saw a Saturday afternoon double-bill of One Million Years B.C. featuring the incredible stop-motion animation dinosaurs of Ray Harryhausen (Seventh Voyage of Sinbad, Jason And The Argonauts), and the particularly resplendent Raquel Welch, paired, remarkably, with Planet of the Apes! 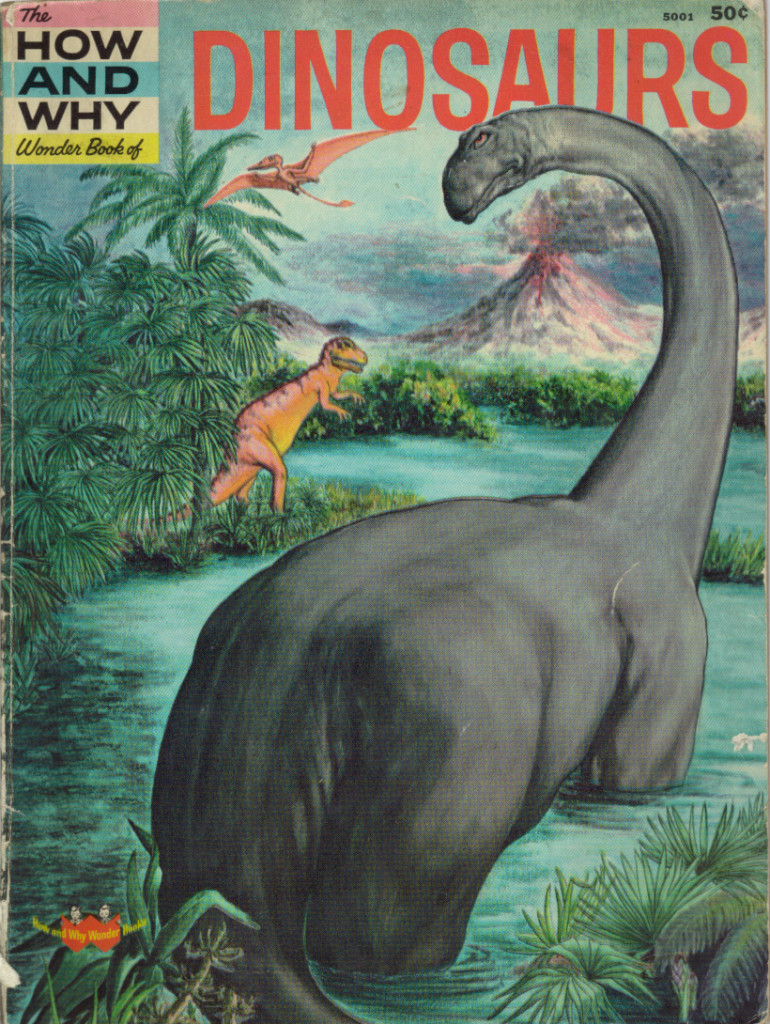 Virtually forgotten today, though, is what must have been one of the most widely viewed of “filmed” dinosaur depictions, or at least the one in the most American homes…

In 1956, Irwin Allen (Lost In Space, The Poseidon Adventure) put together a theatrical documentary, The Animal World, which included a lengthy sequence on dinosaurs, created by stop-motion animation filmmakers Willis O’Brien (King Kong, Mighty Joe Young) and the aforementioned Harryhausen.

Viewmaster — the amazing company that innovated three-dimensional images released on circular reels that could be seen through a special hand-held, dual lens device — licensed the movie, using its Mesozoic sequences for a packet entitled, Battle of the Monsters.

Unexpectedly (and rather incredibly), the reels make a cameo in Jurassic World.

Before home video, Viewmasters offered the most readily affordable chance to “own” a TV show or movie that one liked, or at least a reproduction of such.  It can still be a thrill to see 3-D shots from other genre fare as Zorro, The Man From U.N.C.L.E., Voyage To The Bottom of the Sea, The Addams Family, Batman, Star Trek, The Green Hornet…. There were also excellent sets devoted to NASA and our early manned space missions.

The most fantastic Viewmaster reels may have been their fairytale and mythology editions, for which they devised their own models and dioramas.  The inherent enchantment of these hand-crafted vistas seemed to touch a special place in the imagination, and have remained timeless.

(These miniatures, and their photography, were largely the work of Florence Thomas, and later, her assistant, Joe Liptak, in Portland, Oregon..  Thanks to their artistry, and ingenuity, it was also marvelous to see many of the most famous cartoon characters (including Bugs Bunny and Woody Woodpecker) be brought to “realistic” stereoscopic life. I can still remember my shock, as a boy, in seeing The Animal World’s ceratosaurus, through the viewer, drawing bloood from its prey.  (Although I can guarantee you that, at the time, I had no idea of the first dinosaur’s name!)

Battle of the Monsters was released under different titles, over the decades:  its model work easily holding its own against more contemporary effects outings. (And coincidental to this article, it’s intriguing to note that Viewmaster was introduced at the very first World’s Fair, in 1939!) 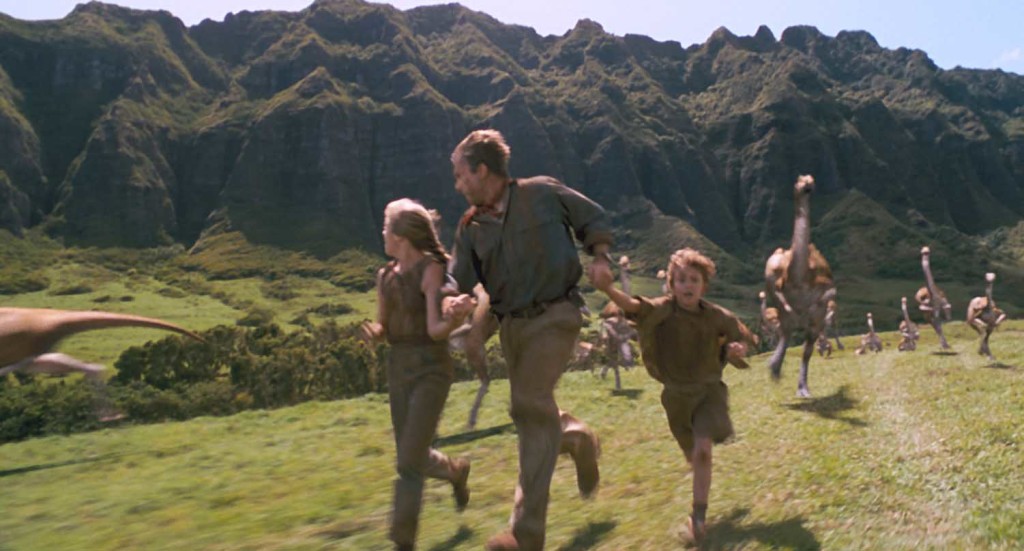 I felt bad, when my father lay dying in the summer of 1993, that he may have missed Jurassic Park, a movie that could have fulfilled what might have been some of his early dreams.

(It was, of course, the least of my family’s sorrows.)

But my mother told me that he had gone out one July afternoon, to catch it locally.

I knew that he had already been impressed by a sequence he saw on TV, which he recounted as the heroes being afraid that they’re about to be trampled by a herd of dinosaurs, only to be ultimately IGNORED by the charging horde–action which reminded him of a jungle stampede he thought he once saw in King Solomon’s Mines, or one of the other “Africa” movies of the past.

Somehow, my Dad wound up conveying to me that he did indeed love the movie. I wasn’t as crazy about Jurassic Park, apparently, but especially enjoyed, and admired — and was struck by, really — its last moments, when the paleontologist gazes through the window of a soaring helicopter, watching a flock of pelicans flying over the sea: The film’s subtle reflection on the long held theory that birds may be the modern descendants of dinosaurs.

I’m not sure when I first encountered that premise, but it has resonated with me as a lovely possibility, for what now seems ages.

My parents always had a deep affinity for all creatures. I grew up watching my mom — with my dad’s encouragement! — put food out daily for the birds and squirrels—

A habit I continue to this day.

Often now, for years, as I watch the sparrows and mourning doves and starlings a dancing, I think how lucky I’ve been, to know all these primordial, and blissful kingdoms. 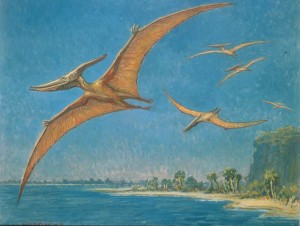 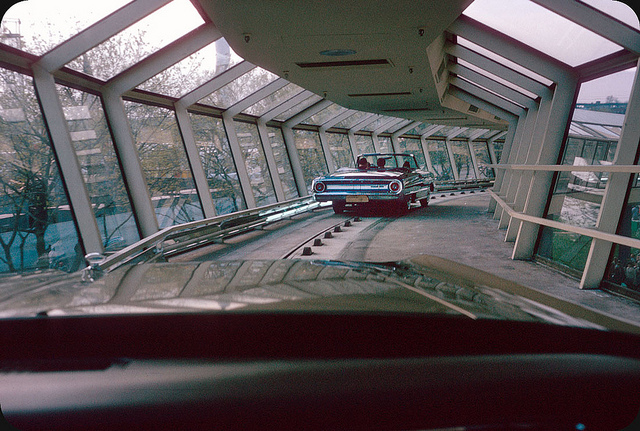 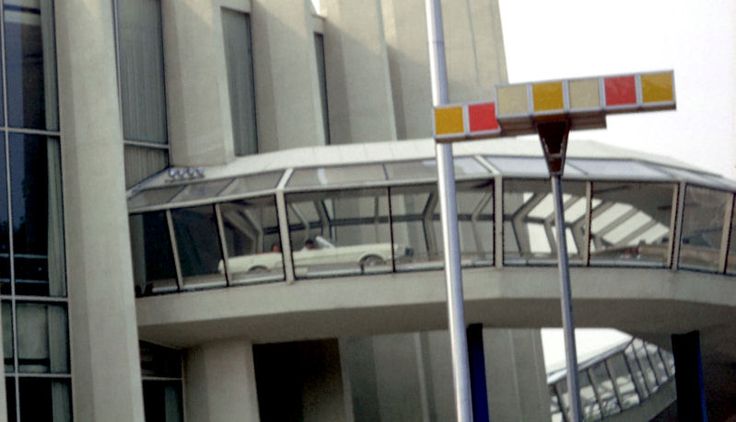 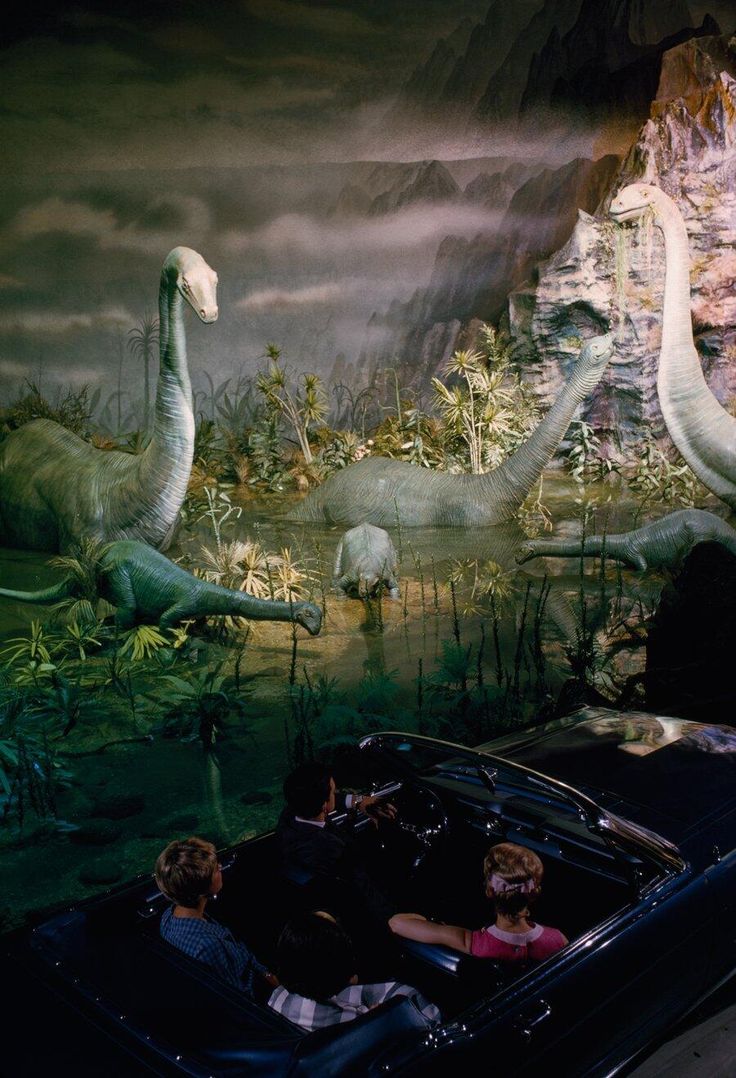 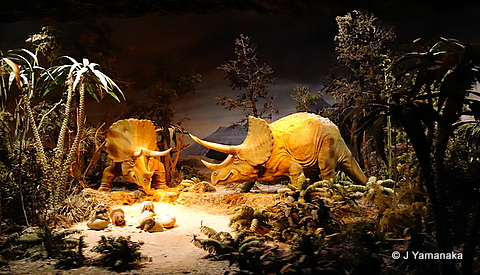 30 thoughts on “My Father, And The Brontosaurus”